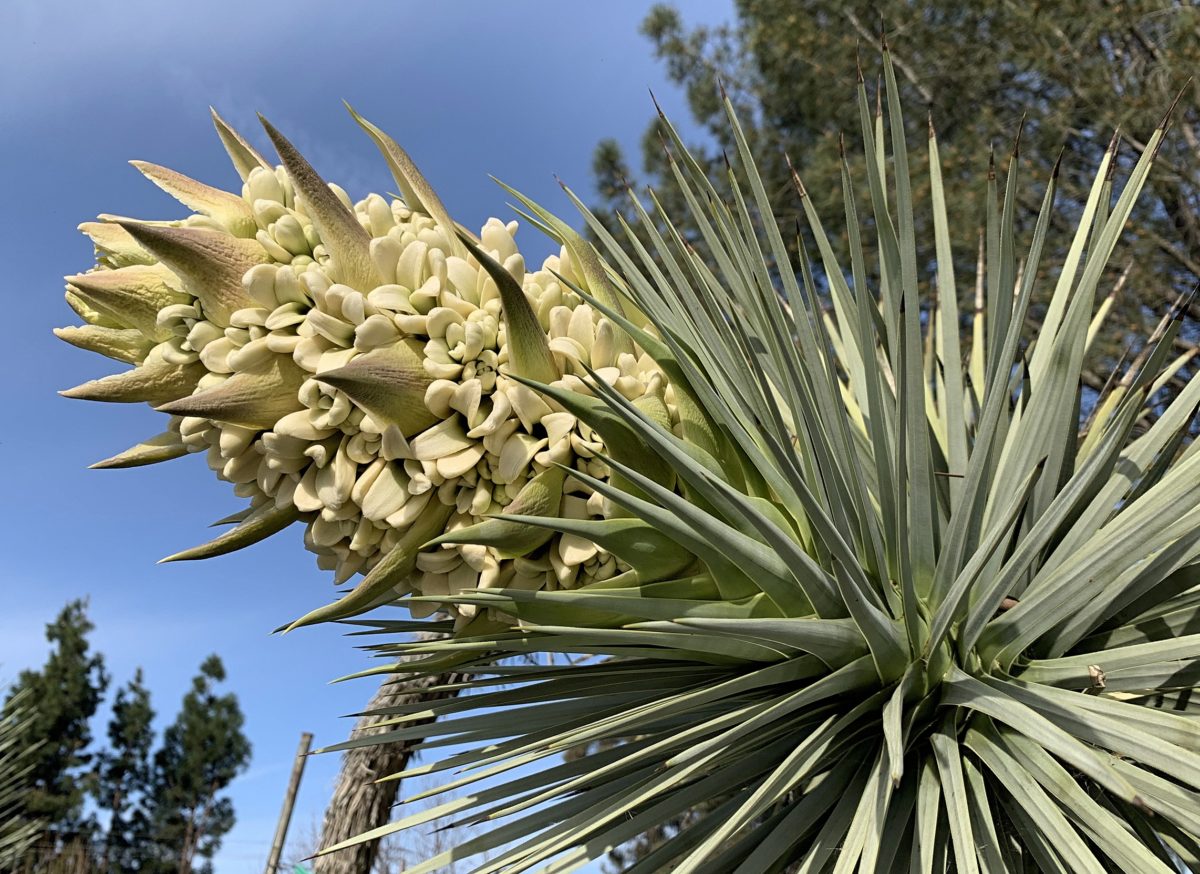 The genus Yucca is widespread in the southern part of the U.S. and southward to southern Mexico. In the Monocotyledons volume of the Illustrated Handbook of Succulent Plants (2001), 46 species are recognized, along with an additional 12 varieties. They are pollinated by a specialized group of moths known as yucca moths, with the life cycles of the insects and plants being mutually dependent. The leaves of the various yuccas range from needle-like to sword-like, and their growth habit varies from stemless rosettes to branching trees. Among the tree-like species, one of the better known is Yucca brevifolia, often referred to as the Joshua Tree.

Yucca brevifolia is a signature species of the Mojave Desert, which extends from the inland part of southern California to southern Nevada, northwestern Arizona, and the southwestern corner of Utah. In some parts of the Mojave, Y. brevifolia is the dominant plant in the landscape, occurring in dense stands which extend for many miles. The dagger-like leaves of Y. brevifolia are typically about 6 to 14 inches long (15 – 35 cm) and .28 to .6 inches wide at the base (.7 to 1.5 cm), with the margins minutely saw-toothed. Plants in the northern Mojave have shorter leaves (4 to 8 inches long, or 10 to 20 cm) and a more compact growth habit, and this form is recognized by some authors as the var. jaegeriana.

Most forms of Yucca brevifolia have a stout trunk and a much-branched crown, but plants in the western part of the species’ range put out rhizomes and form many-trunked clumps, with each shoot having only a few short branches, or sometimes none at all. In most populations, plants do not exceed 30 feet (9 m), but exceptionally tall plants may reach a height of 50 feet (15 m) or more. Such large specimens are estimated to be as much as a thousand years old. Below the heads of leaves, the stems are covered by  persistent dried leaves, though eventually these are shed to reveal the craggy bark.

The flowers of Y. brevifolia emerge in late February to April, crowded in a tight oval cluster at the tip of the stem. The cluster ranges from about 12 to 20 inches long (30 to 50 cm), with the flowers having thick tongue-like creamy-white petals averaging about 1¾ inches long (4.4 cm). The flowers do not open widely. The pistils at the centers of the flowers are quite chubby and resemble stubby bowling pins, while the six pollen-tipped stamens look like little clubs emerging from the sides of the pistils.

The oval seed capsules of the Joshua Tree are 2.4 to 3.3 inches long (6.1 to 8.4 cm), with spongy walls and a slight beak at the tip. They turn brown at maturity, but do not split open, so the flat black seeds are not released until the caspsule begins to disintegrate with time. 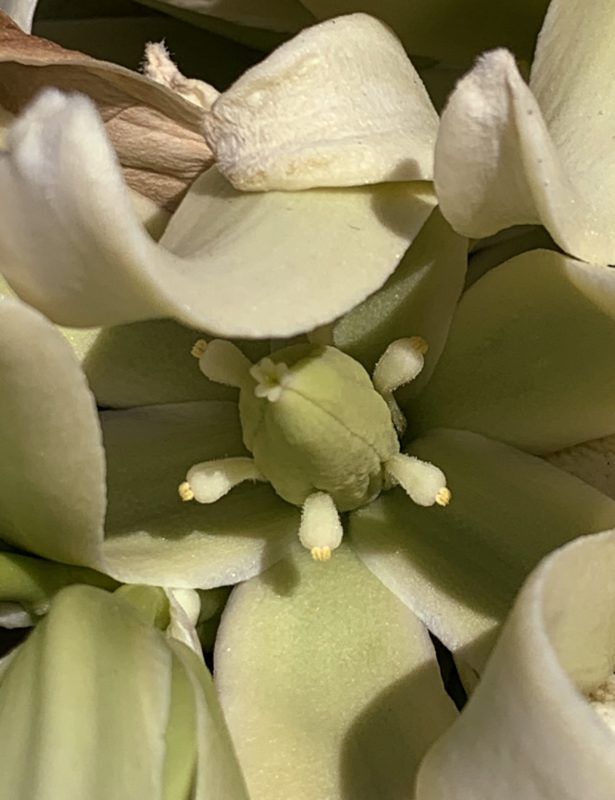 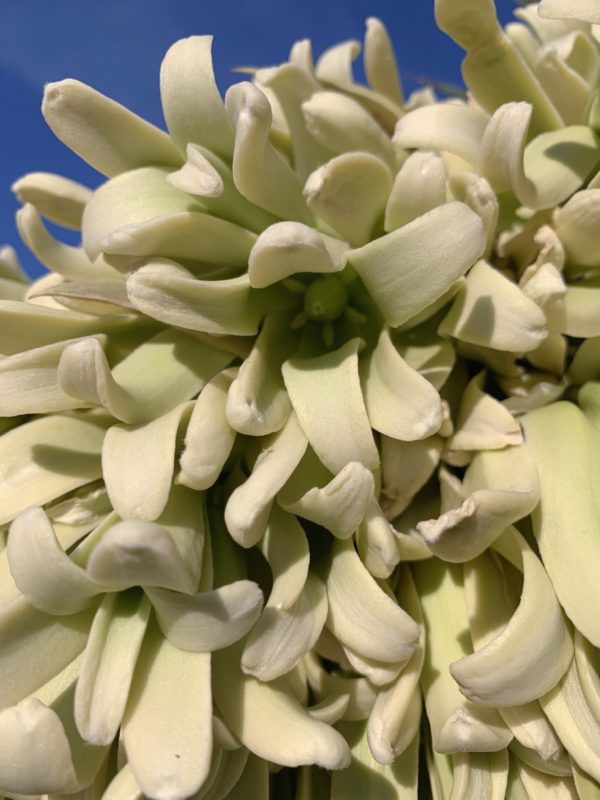 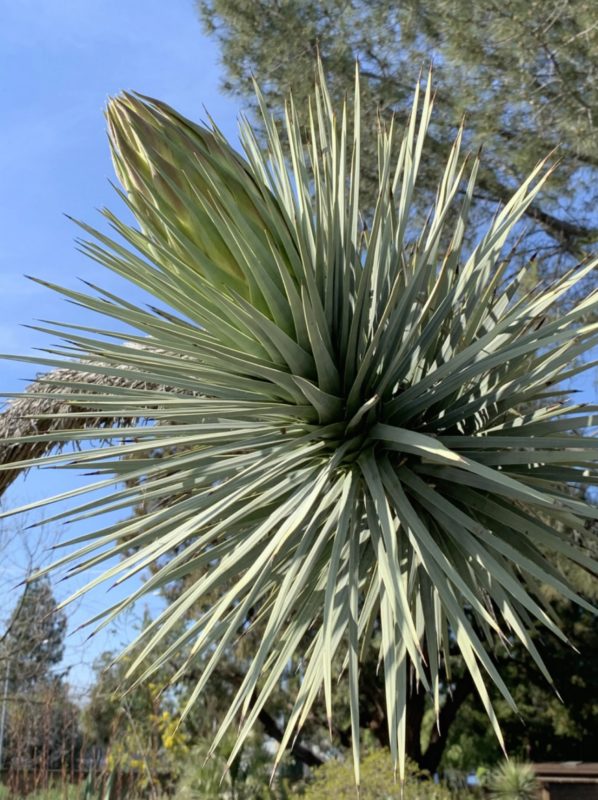 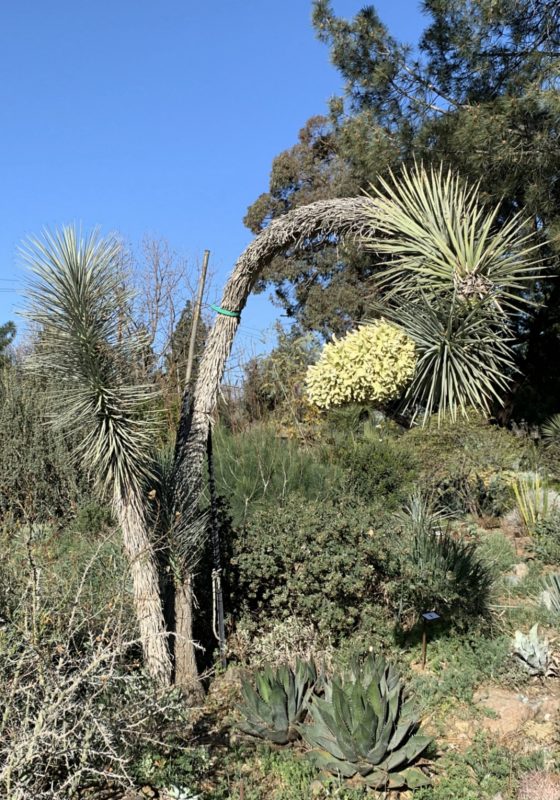 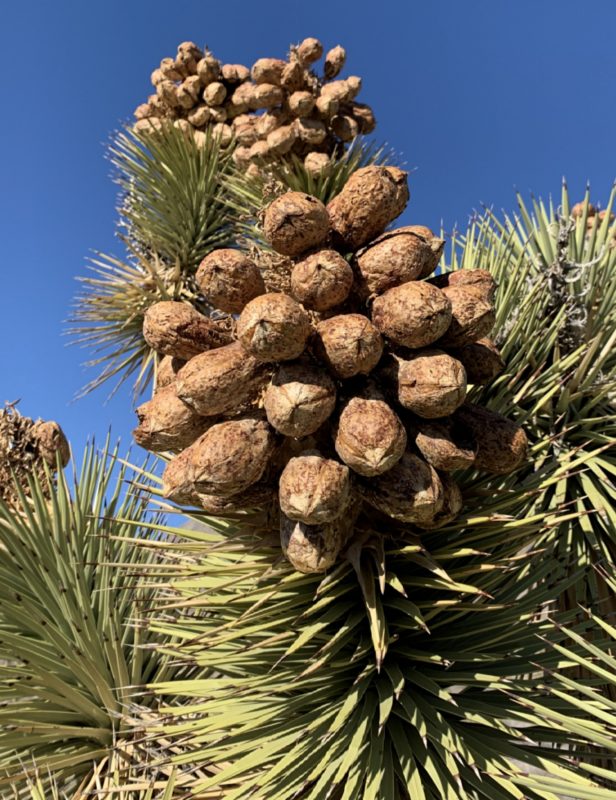 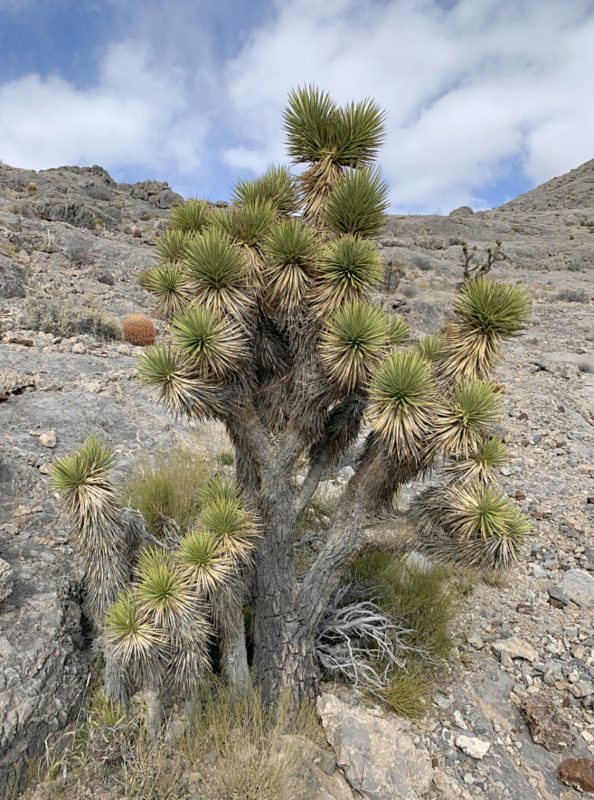