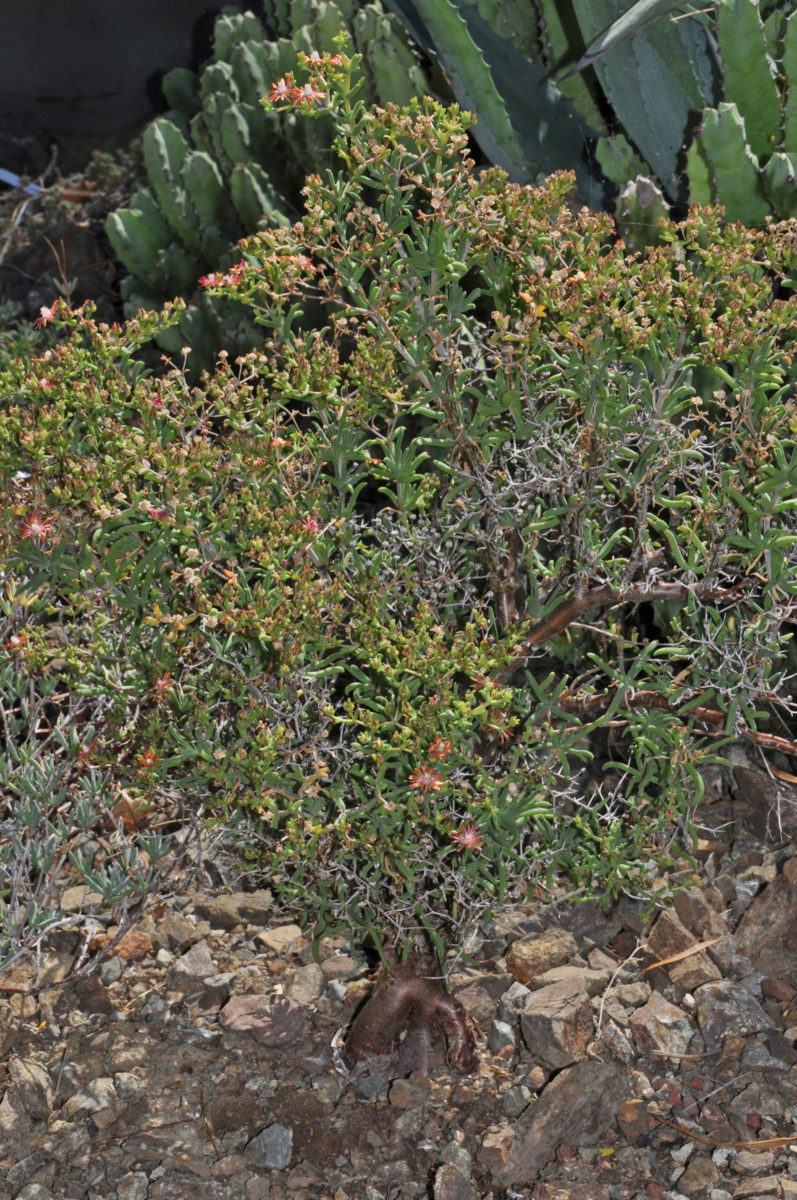 Most members of the Ice Plant Family (Aizoaceae) are either dwarf or else prostrate spreaders, but a few kinds are shrubby, including members of the genus Mestoklema. The 6 species in the genus are found in the central and south-central parts of South Africa. Of these, the most commonly seen species in cultivation is Mestoklema tuberosum, usually encountered as a potted specimen with the upper portion of its attractive swollen roots on display.

Mestoklema tuberosum has small finger-like leaves which are rounded-triangular in cross-section and with a minutely bumpy texture like that of a tongue. It is a small shrub with many twiggy branches, and with age it may attain a height of over 2 feet (to 70 cm). At the Ruth Bancroft Garden, this species has a long flowering period 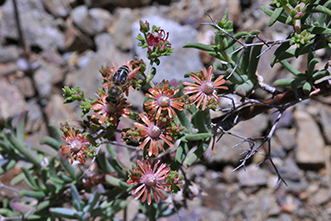 extending through the summer months into the fall, with the flowers produced on short branching inflorescences at the tips of the branches. The flower color varies, but is generally in the red-orange-yellow range; in the case of our plant, it is salmon-orange. The flowers are small, up to ⅝ inch across on our plant (1.5 cm), which is somewhat larger than the diameter listed in the literature. After the flowers have passed, the old inflorescence branches persist as a light gray zig-zag meshwork among the leaves.

The most remarkable feature of Mestoklema tuberosum is its dramatic tuberous root system, so plants are usually 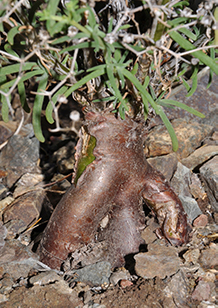 grown with the upper part of the roots exposed. This species is a popular one for aficionados of bonsai. It is also not difficult in the ground, enduring temperatures several degrees below freezing without complaint.