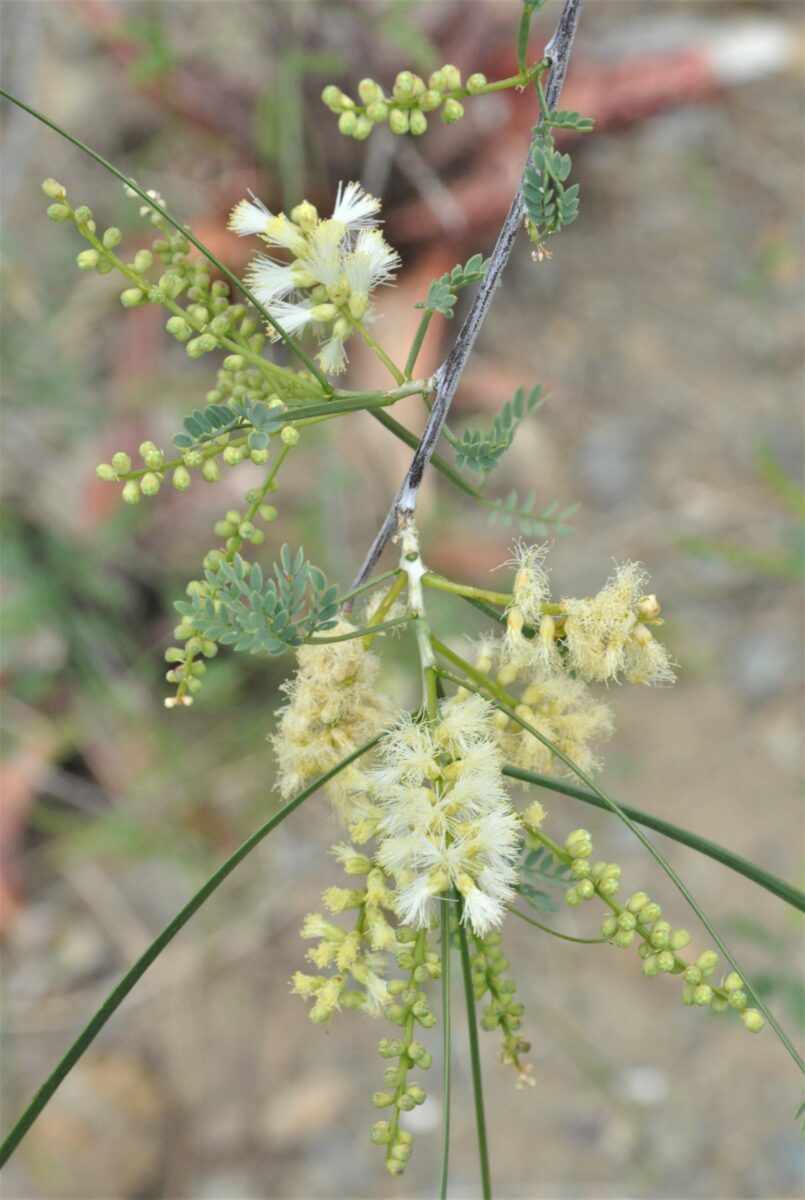 The genus Acacia, as it has been traditionally defined, is a large group from around the world, with the greatest concentration found in Australia. The genus belongs to the Pea Family (Fabaceae), in the subfamily Mimosoideae. Some authorities have treated this subfamily as a separate family, Mimosaceae. At either rank, the group differs from other Fabaceae in having radially symmetrical flowers, typically with tiny petals that are easily overlooked, but with much longer prominent stamens.

As has happened with many plant groups, new DNA evidence has led to a shake-up in the taxonomy of Acacia, which is now defined more narrowly to include the group prominent in Australia. A much smaller group, native to the southwestern U.S., Mexcio and Central America, has been re-named Mariosousa, with 13 species. One of the 13 is the plant widely known as Acacia willardiana, and commonly called Willard’s acacia, or palo blanco in Spanish, in reference to its pale whitish trunk. In 2006, when the genus Mariosousa was created, Acacia willardiana was renamed as Mariosousa willardiana. However, the same species was named as Prosopis heterophylla back in 1846, so the species name heterophylla predates willardiana, and thus the name was changed again to Mariosousa heterophylla. The horticultural world is often resistant to name changes, preferring to stick with well-known names that have been in use for many years, rather than changing labels and catalog listings, not to mention having to explain the changes to bewildered customers. For this reason, most nurseries still grow Mariosousa heterophylla under its old name Acacia willardiana.

Mariosousa heterophylla is endemic to the state of Sonora in northwestern Mexico, occuring mostly on rockly hills in the southern half of the state. It is a slender tree, reaching a height of 10 to 30 feet (3 to 9 m), and it has a sparse, open look. The branch tips and the leaves droop downward, giving the tree an airy weeping-willow kind of appeal. Like many of the Australian species of Acacia, the petioles (the stalks of the leaves) are flattened and blade-like. A leaf modified in this way, dispensing with its blade and having a flattened petiole stepping in to do the job of photosynthesis, is referred to as a phyllode, and these can be seen in many commonly-grown Acacia species such as Acacia melanoxylon. However, Mariosousa heterophylla does not carry this modification to its conclusion, since there are two or more short true leaves atop the petiole, bearing tiny leaflets. Because the long narrow petioles are so much larger, up to foot long (30 cm) and up to .16 inch wide (4 mm), the leaflets are easily overlooked, and they do not persist long.

A notable feature of Mariosousa heterophylla is its pallid trunk and branches, giving rise to its Spanish common name palo blanco, meaning white stick. The bark is white to light tan, and it peels in papery sections.

Mariosousa heterophylla is not very specific in its flowering time, but most of the flowers come from late winter through the summer months. The small creamy-white to pale yellow flowers are borne on short spikes up to 2⅓ inches long (6 cm), with the flowers held at right angles to the stalk that holds them. The petals are pale yellow at the base and tinged green at the tips, but they are only an eighth of an inch long (3 mm) and are inconspicuous compared to the tuft of much longer stamens that emerges from them. The stamens have white filaments and daubs of yellow pollen at their tips. The flattened pods are 4 to 8 inches long (10 to 20 cm), with bulges at the points where the seeds are held within. They are initially green, but they turn straw-colored as they ripen.

This delightful small desert tree makes a wonderful addition to a dry garden in places where sub-freezing temperatures are neither severe nor long-lasting. It needs very good drainage and plenty of sun. 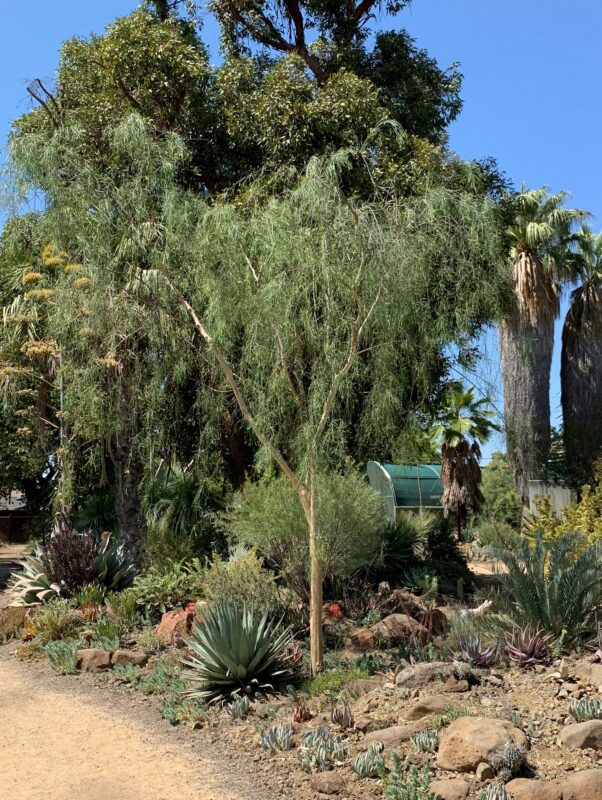 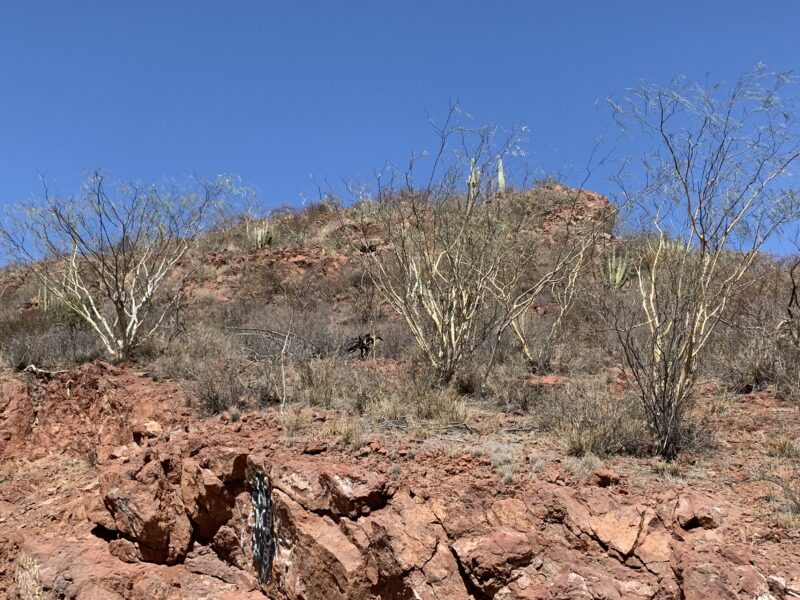 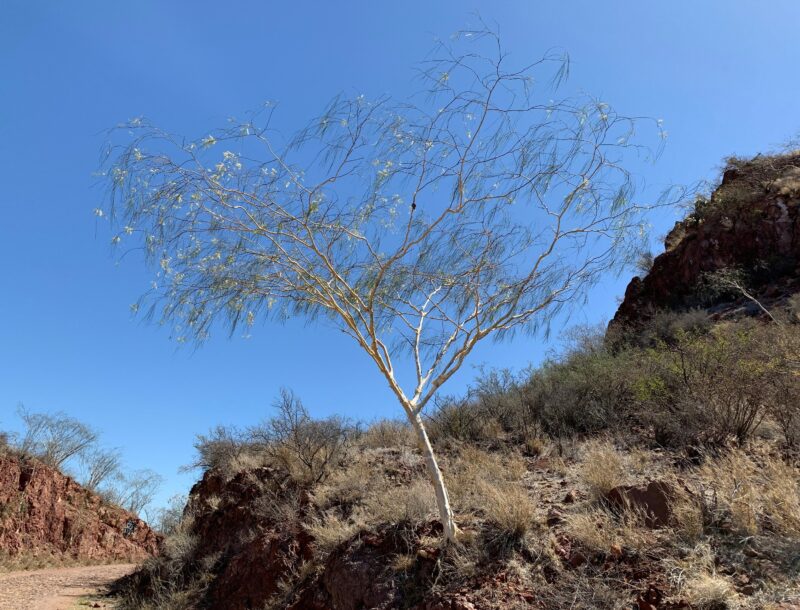 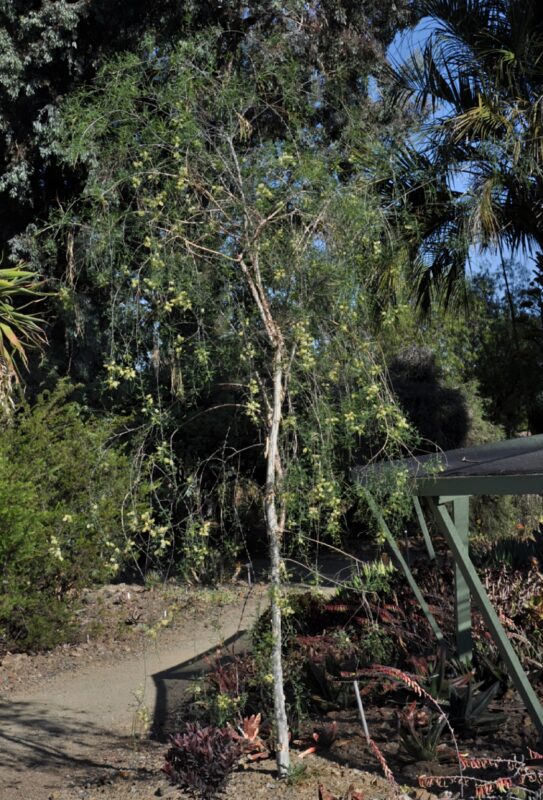 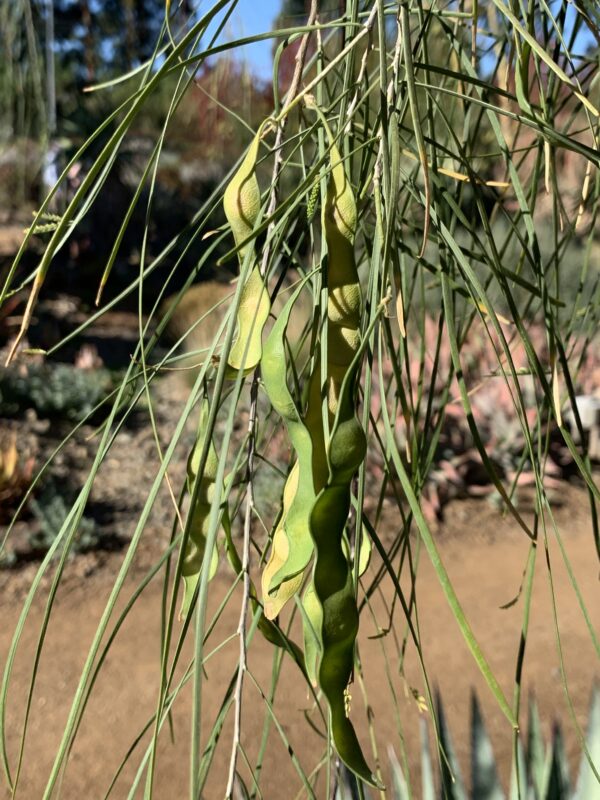