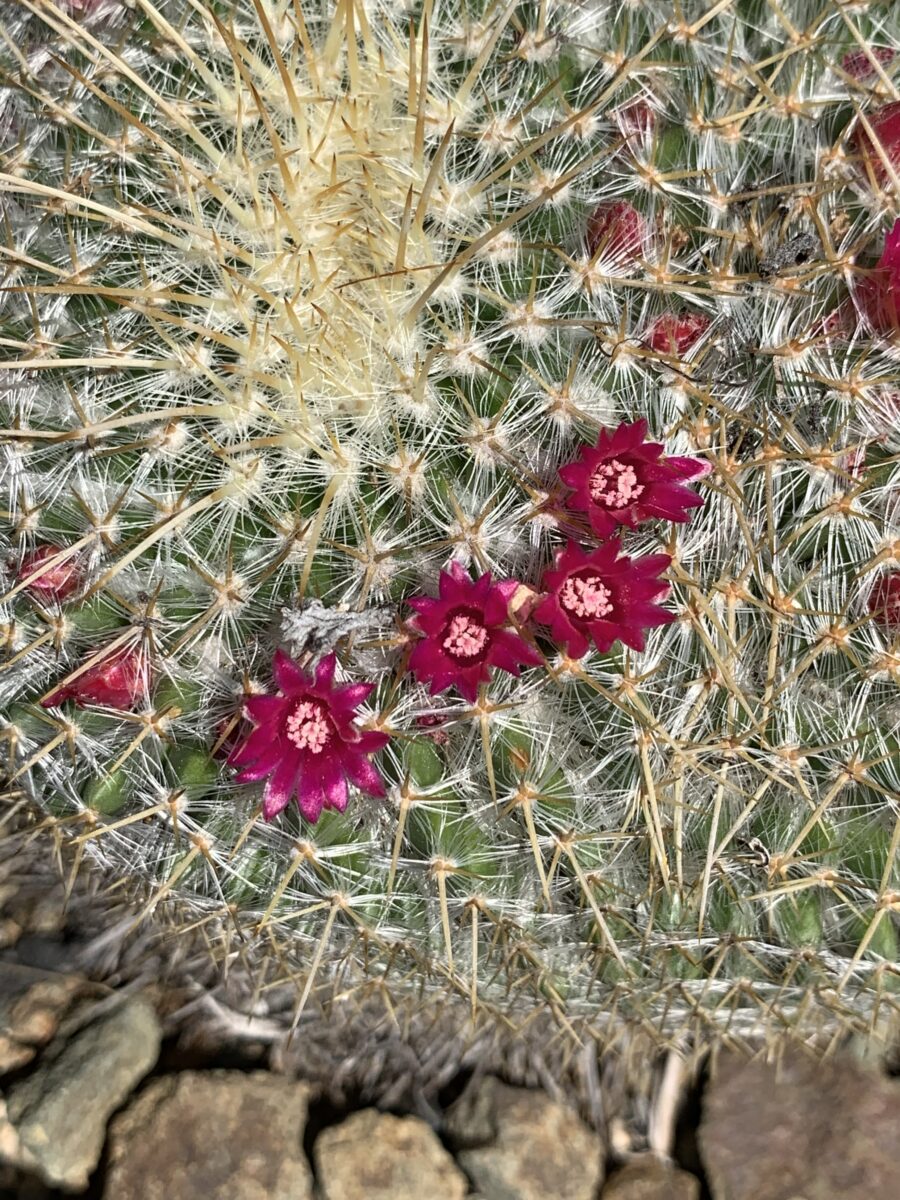 The genus Mammillaria is a large one, with most of the species native to Mexico and the southwestern United States, but with some species extending south and west into Central America, the Caribbean islands, and northern South America. The New Cactus Lexicon, published in 2006, recognizes 162 species, as well as many subspecies, but this is a radical reduction from the lengthy list of names bestowed on plants in the genus. New DNA evidence continues to shake up the classification of these plants, so the last word on the subject has not been spoken.

Mammillaria plants may be single or multi-headed, with the head diameter typically under 6 inches (15 cm). Some of the larger-growing ones, however, may have a diameter of up to 10 inches, while the smallest ones may measure less than an inch across (2.5 cm). An example of a species on the stouter side is Mammillaria muehlenpfordtii, native to central Mexico in the states of San Luis Potosí, Guanajuato and Queretaro.

M. muehlenpfordtii is often single-headed, but older plants may divide at the growing tip so that they have several heads instead of one. Mature heads are up to 8 inches in diameter (20 cm), but the base of the stem is more slender, so that potted plants are top-heavy and easily tipped over. As is usual in Mammillaria, the plant body is composed of many conical tubercles, each one topped with a spine-bearing areole. The young areoles toward the center of the head have white or yellowish-white wool, but this diminshes over time. In many cactus plants, there are two sorts of spines: stouter ones nearer to the center of the areole called central spines, and finer ones at the edges called radial spines. In M. muehlenpfordtii, there are usually four central spines, and initially these are yellow to brownish-yellow, becoming paler as they age. The lowest of the four is the longest, and on long-spined individuals it may be up to 1.6 inches (4 cm). The long lower central spines tend to curve downward rather than sticking straight outward, and this imparts a characteristic downswept look to the plants. The laterally-spreading whitish radial spines are very numerous and less than a sixth of an inch long (4 mm). At the tubercle bases there are white bristles, especially toward the top of the plant. The bristles and spines often cover the plant densely enough that the green of the plant body is largely obscured.

It is typical of species of Mammillaria to have small flowers, often many at once, in a ring around the center of the growing tip. While some species flower in a concentrated burst, making an uninterrupted circle, others flower more sporadically, so that the ring is partial rather than complete. M. muehlenpfordtii is one of the latter, but it has a long flowering period in the summer and fall months. The flowers are on the small side even for a Mammillaria, with a diameter of a half-inch or a little less (10 – 14 mm), but they are bright carmine-red and contrast nicely with the pale spines. If successfully pollinated, the flower produces a small club-like red fruit about ¾ inch long (20 mm), and within are tiny brown seeds embedded in a sticky pulp.

In cactus collections and nurseries, Mammillaria muehlenpfordtii is often identified as Mammillaria celsiana. This is an older name, and it would have priority if we could be sure which plant it was intended to refer to, but this cannot be determined definitively. For this reason, the name has been declared invalid, and Mammillaria muehlenpfordtii takes its place as the oldest name that can be reliably applied to the species. It is not a difficult plant to grow if given excellent drainage and kept from temperatures below the mid-twenties F (-4° C). 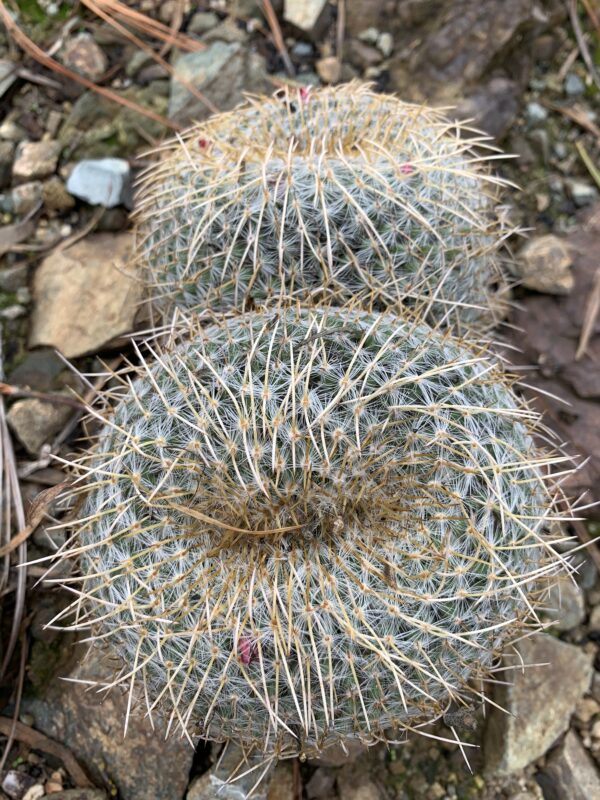 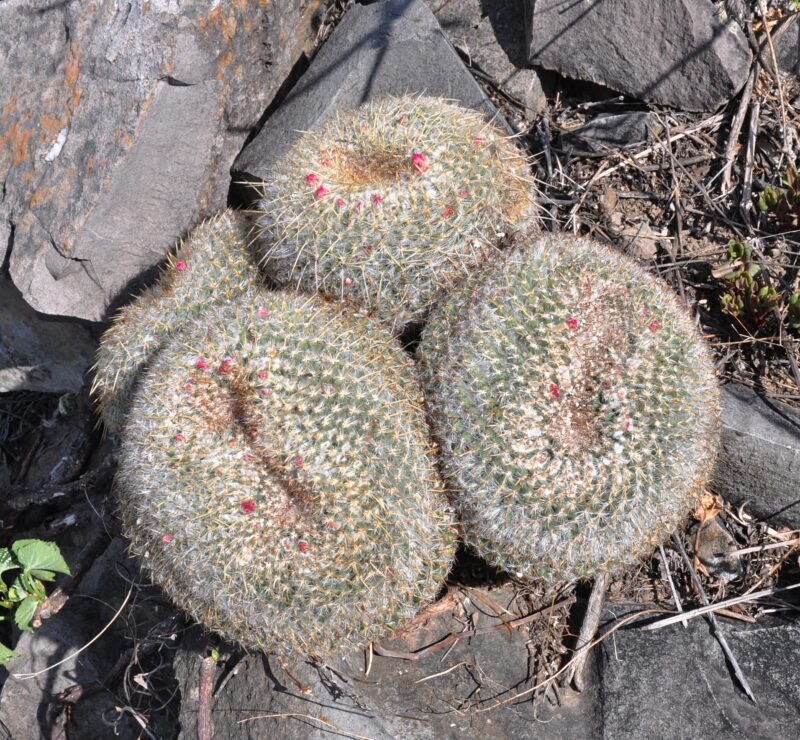