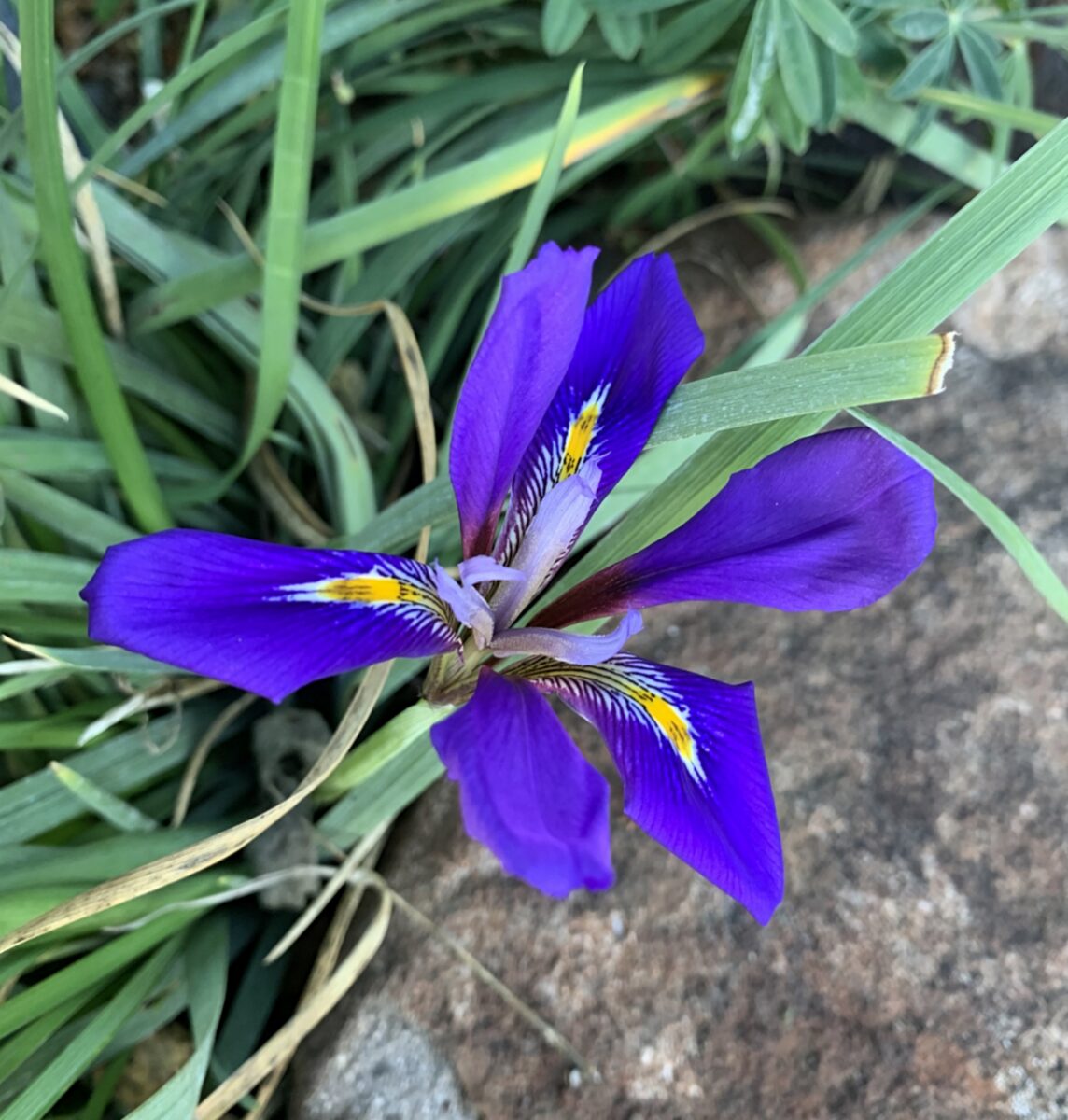 The genus Iris is a large one, with about 300 species found across the Northern Hemisphere. Many of them are spring-flowering, but Iris unguicularis, popularly known as the Algerian iris, is especially early-flowering, usually commencing even before the winter solstice. It is a Mediterranean native, occurring in Algeria and Tunisia as well as farther east in Greece, Turkey and Syria.

Iris unguicularis is a rhizomitous perennial, growing in clumps to 2 feet wide (60 cm). It has long, narrow dark-green leaves that are up to 2 feet long (60 cm), with a width of about ⅛ to ½ inch (⅓ to 1¼ cm). The leaves are initially erect, but later they often arch to the side, especially in larger forms of the species, with the tips resting on the ground. The leaves are thin but tough, with lengthwise low ridges that impart a striped look. They taper to a point at the tip.

The inflorescence of I. unguicularis is not tall, generally a foot (30 cm) or less, with a slender stalk sheathed by bracts (referred to as spathes in literature on irises) and bearing a single flower. The scented flowers are 2 to 2½ inches across (5 to 8 cm), usually in shades of blue to purple, but sometimes white. There is a yellow blotch toward the bases of the three large downward-flexed outer tepals (referred to as falls in iris parlance), and around this are intricate markings in dark-purple and white. The three inner tepals (flags) are not quite as large, and they lack the yellow blotch and the markings, though they may have a flush of reddish-purple on their narrowed bases. Because there are many shoots packed together in a clump, a large number of flowers may be produced in one season.

As a Mediterranean native, it should not be surprising that I. unguicularis does well in Mediterranean-climate parts of California. It wants good drainage and a sunny position in cooler coastal gardens, and is suitable for filtered sun or part-day sun in hotter inland gardens. It does not like root disturbance, so breaking up a clump can result in years of little or no flower production. Transplanting is best done in April, when the weather has warmed but the plants have not yet gone into their summer rest mode, or else in September, at the beginning of the growing season for winter-rainfall plants.

Iris stylosa is a synonym of I. unguicularis sometimes encountered in the literature. The name Iris cretica was coined for the smaller plants, with narrower leaves and a later flowering time, found in Crete; similar small forms occur in Turkey and Syria. Though these are now considered synonyms of I. unguicularis, some authors recognize varieties or subspecies to distinguish forms that differ from the robust Algerian forms to which the name Iris unguicularis was originally applied. 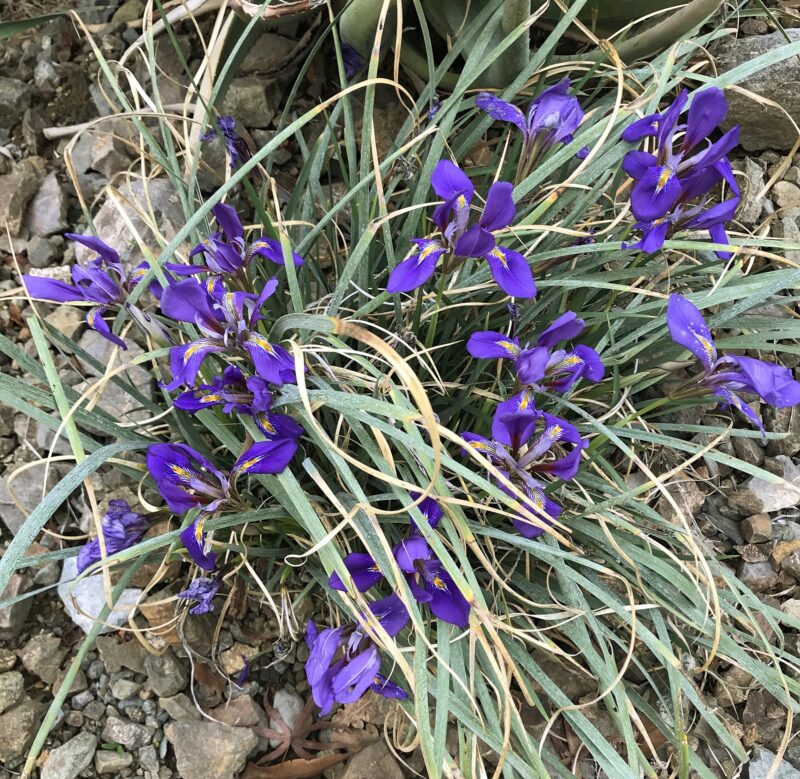 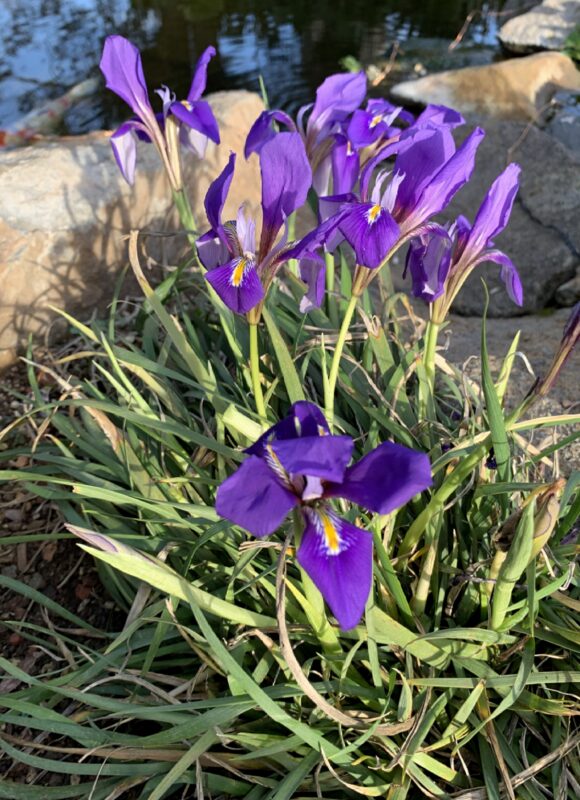 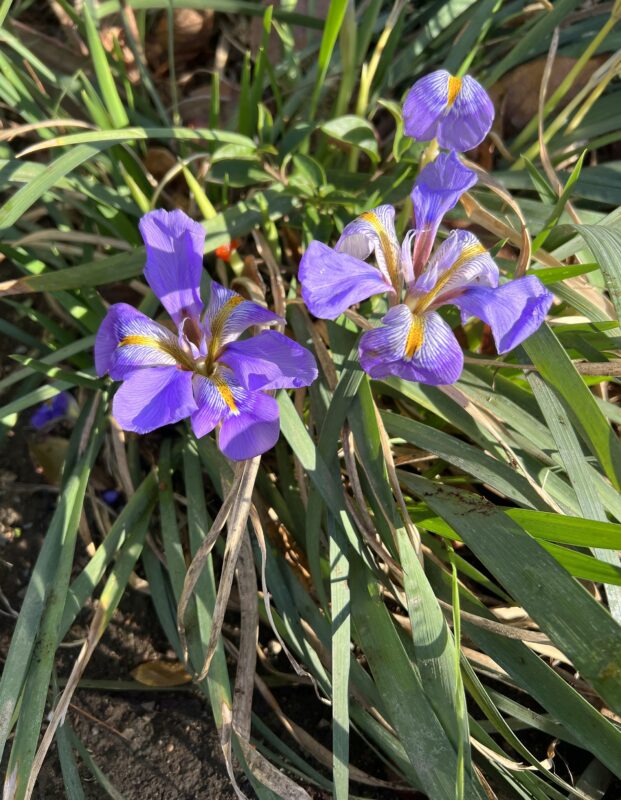