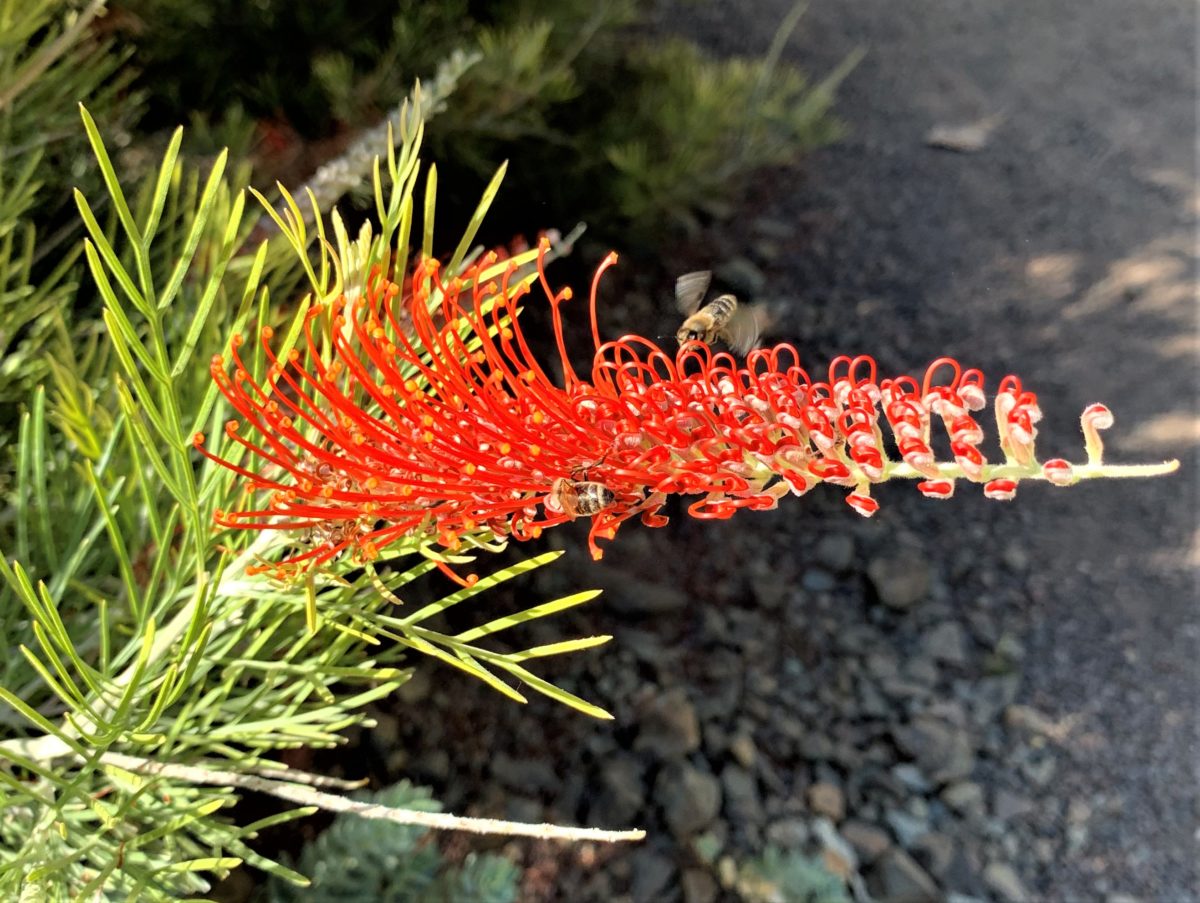 The family Proteaceae includes many widely-grown ornamental plants, mostly native to South Africa and Australia. Each of these two places has many species, but the genera found in South Africa are not the same as those found in Australia. One especially large Australian genus is Grevillea, with about 360 species. The great majority of these are confined to Australia, with the remainder occurring on islands to the north. Most of them are shrubs, though a few are trees. In cultivation, there are many species and hybrids available, and ongoing hybridization results in new selections coming into horticulture each year. Some of the hybrids involve species from the Mediterranean climate of Western Australia, and these plants often do well in the milder parts of California, with its similar climate. One promising new selection is ‘Kings Fire’, named after Perth’s famous Kings Park (this includes a botanical garden as well as a large expanse of natural vegetation).

‘Kings Fire’ was released in 2016, and it is a dense shrub up to 6 feet tall, with gray-green leaves divided into narrow segments. The red flower clusters are about 5 inches long, and jut out horizontally from the foliage. As with other Grevillea species and hybrids, the individual flowers are quite small, but they are aggregated in clusters so that they are collectively showy. Each flower initially has a curlicue look, since the long styles curve to form a loop. As the flowers develop, the styles straighten and create more of a bottlebrush effect. The amazing thing about this plant is that it flowers almost continuously throughout the year, and it is a magnet for both hummingbirds and bees because of the nectar it produces.

This plant has a complex parentage and is relatively new to horticulture, so not too much is known about its preferences. However, many members of the Protea Family have a low tolerance for phosphorus, so low-phosphorus fertilizers should be used in order to avoid problems. It is thought that ‘Kings Fire’ is cold-tolerant down to at least 25° F. 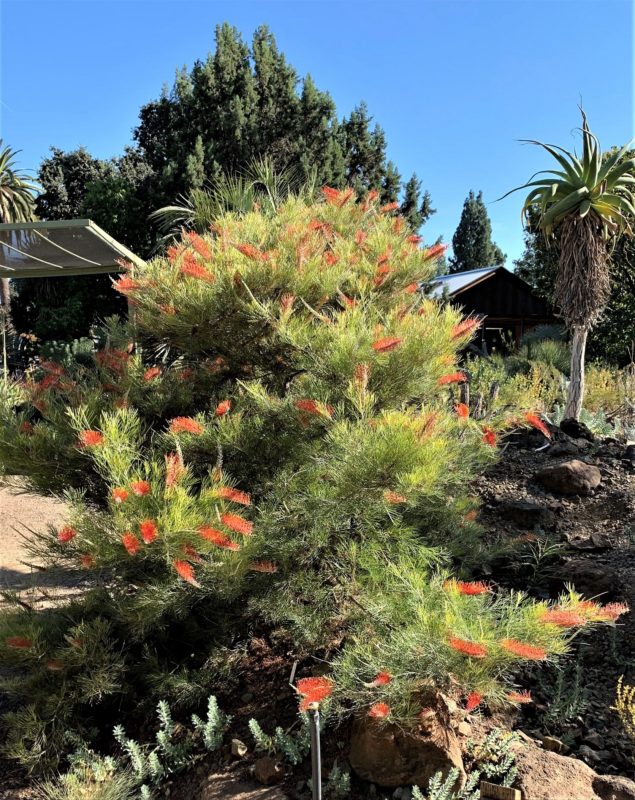