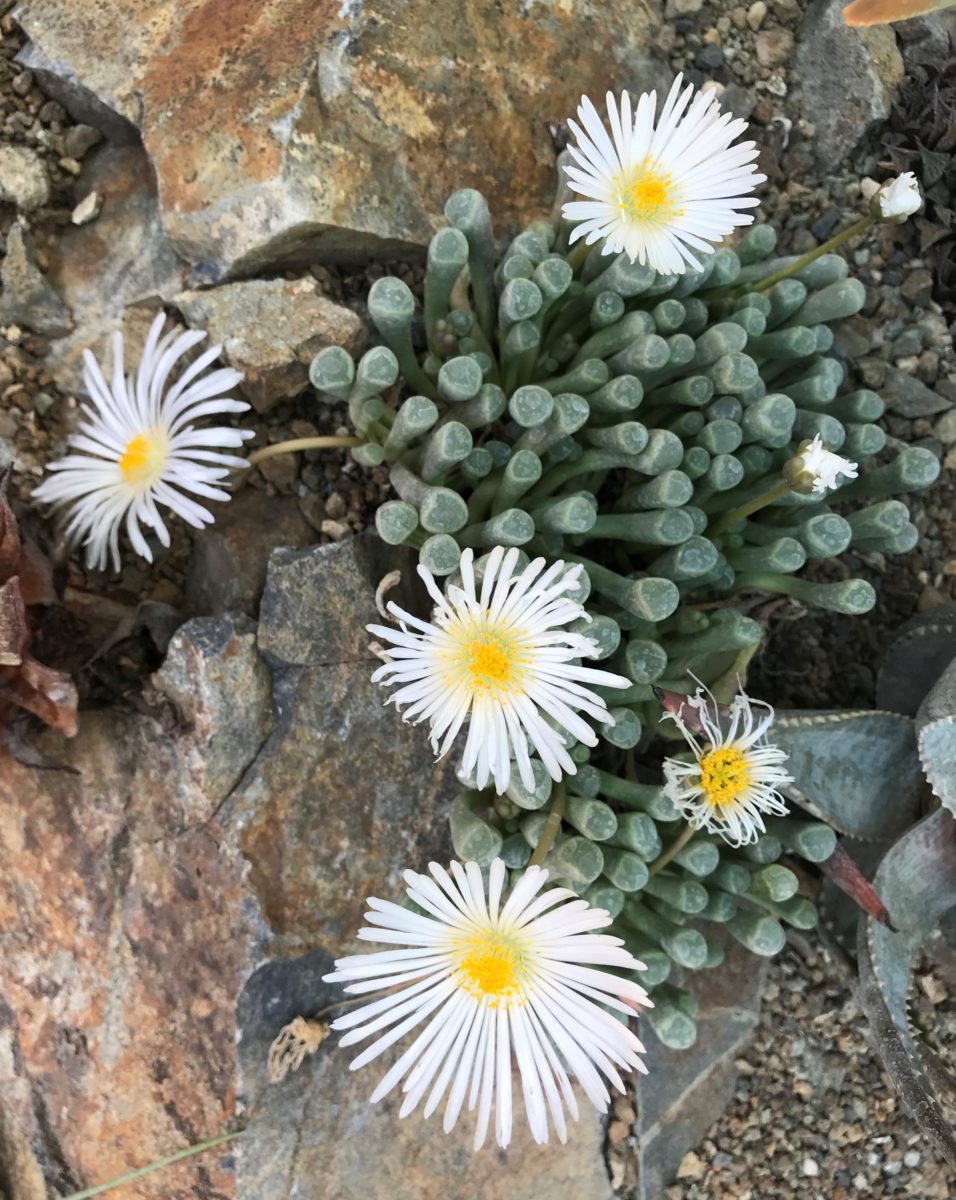 With approximately 1,800 species, the Ice Plant Family (Aizoaceae) is a large and diverse assemblage of plants. These are often referred to as “mesembs” by those who grow them, with the name being a shortened version of the old family name Mesembryanthemaceae. Though some species in the family are found farther away, the great majority are concentrated in southern Africa, occurring in both summer-rainfall and winter-rainfall areas. The winter-rainfall area extends along the west coast of South Africa and into the adjacent southwestern corner of Namibia. Rainfall totals at the northern end of this strip, in South Africa’s Richtersveld and the neighboring part of Namibia, are quite low, below 5 inches (125 mm) per year, but this is augmented by fog extending inland from the Atlantic coast. One of the many mesembs found in this region is Fenestraria rhopalophylla, known by the delightful common name of “baby toes”.

Fenestraria is a monotypic genus, meaning that there is only one species, but there are two recognized subspecies: subsp. rhopalophylla and subsp. aurantiaca. The Orange River, which forms the border between South Africa and Namibia, is the dividing line between the two subspecies, with the white-flowered subsp. rhopalophylla occurring to the north of the river in Namibia, and the yellow-flowered subsp. aurantiaca found to the south in South Africa. Plants are seldom found more than 25 miles (40 km) inland.

The leaves of Fenestraria plants are more or less cylindrical, though they widen a little towards the end. Plants start out as a small tuft of erect leaves, eventually adding offsets to form small mats 4 inches or more across (10 cm). In nature, plants grow in sand and are buried except for the flattened leaf-ends, which are translucent and act as “windows” through which sunlight is transmitted to the remainder of the leaf. Growing in this manner has definite advantages for the plant, protecting it from persistent wind off the ocean and slowing the loss of water in its dry environment. Of the two subspecies, subsp. aurantiaca is the larger, with leaves up to 1.2 inches long (3 cm), while the leaves of subsp. rhopalophylla are on average a little shorter. The translucent “windows” are ¼ to ⅓ of an inch across (6 to 8 mm).

Winter is the flowering season for Fenestraria, and plants in bloom are quite showy, whether it be the white flowers of subsp. rhopalophylla or the yellow to coppery or orange-yellow of subsp. aurantiaca. The flowers of subsp. rhopalophylla are up to 2 inches in diameter (50 mm), while those of subsp. aurantiaca are generally a little larger (up to 2¾ inches/70 mm). The many-petaled flowers rise above the leaves on stalks 1.6 to 2 inches high (4-5 cm). 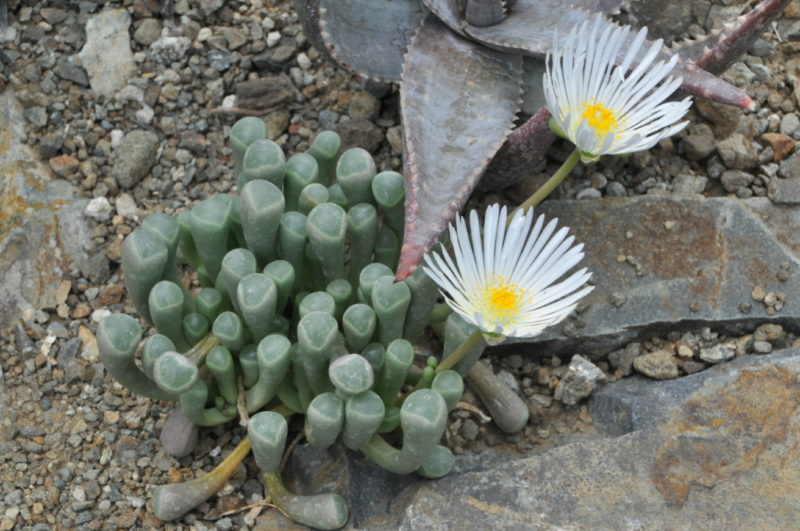 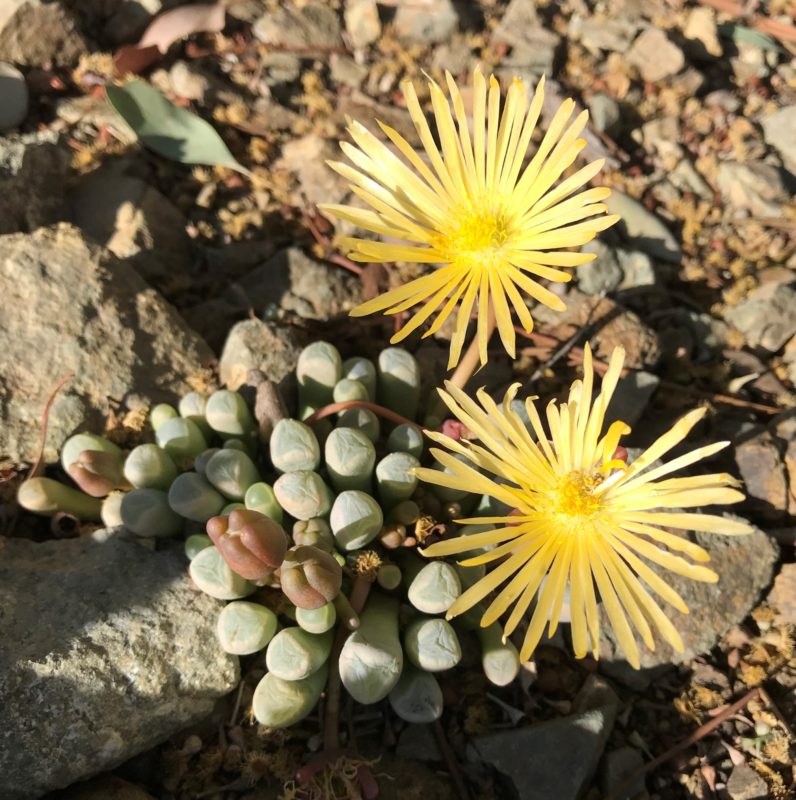 The capsules that follow the flowers have 8 to 16 chambers containing small whitish seeds. At maturity the capsules detach and are blown by the wind as a means of dispersing the seed.