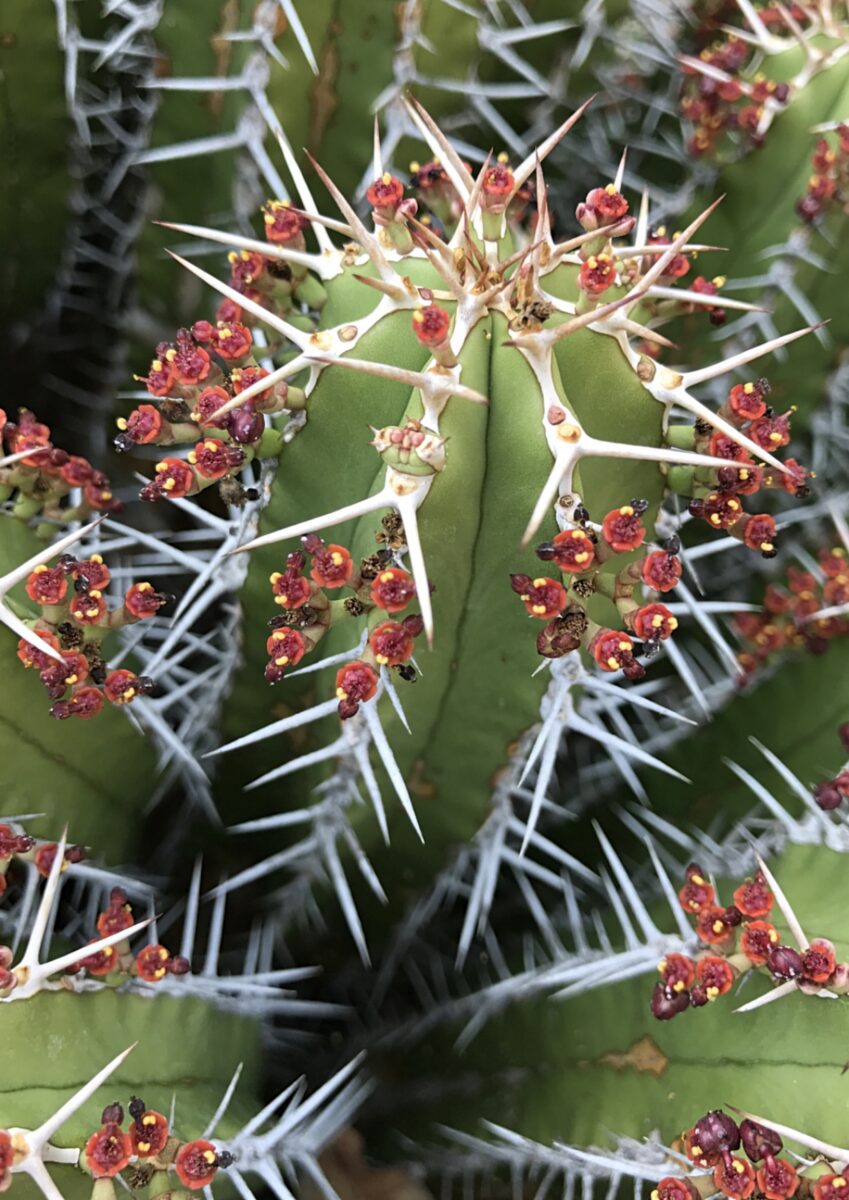 Euphorbia is a very large and diverse genus containing both succulent and non-succulent plants. The succulent ones are especially abundant in Africa, and many of them are spiny and quite reminiscent of cacti, even though they are not at all closely related. At the Ruth Bancroft Garden, we have various spiny Euphorbia species from South Africa, as well as a couple from Morocco. One of the latter is Euphorbia echinus, native to the southern part of the country.

Euphorbia echinus starts out with a single succulent stem, and as offsets emerge at the base it enlarges into a many-headed dome-like clump. Though the plants are not tall, generally less than 1½ feet (50 cm), they can accumulate so many branches that they can be considerably wider than this. The cylindrical stems are about 1.6 to 2 inches in diameter (4 to 5 cm), and they are bunched closely together, looking like a cluster of cucumbers with spiny ridges running down their sides. There are 5 to 8 ridges (most often 6 or 7), and the spines come in pairs along them, emerging from pale horn-like plates called spine shields. In many Euphorbia species with spine shields, these are separated from each other, but in E. echinus they all run together to form a continuous margin. The sharp spines vary from .2 to .6 inch long (5 to 15 mm), and above each pair is the point from which the flowers emerge.

The flowers in Euphorbia are small and contained within a cup-like structure known as a cyathium (the plural is cyathia). Around the rim of the cyathium are five projecting glands, and in E. echinus these are dark red or dark rust-orange in color. The diameter of each cyathium is about .12 inch (3 mm), and within are the tiny dark red flowers. There are separate male and female flowers, the male ones tipped with pale yellow pollen. The flowering time for the species is late summer (typically July to September at the Ruth Bancroft Garden). After pollination, the female flowers develop rounded 3-chambered dark red capsules that arch out over the rim of the cyathium. At maturity, the capsules pop open to explosively expel the seeds.

Like most succulent plants, E. echinus requires soil that drains sharply, so planting it on a slope or a rocky mound is a good idea. It likes plenty of sun, and can endure the full brunt of the hot afternoon sun even during heat waves when the temperature rises above 100° F (38° C). It also has good cold tolerance and can take winter lows down to the low twenties Fahrenheit (-6° C). 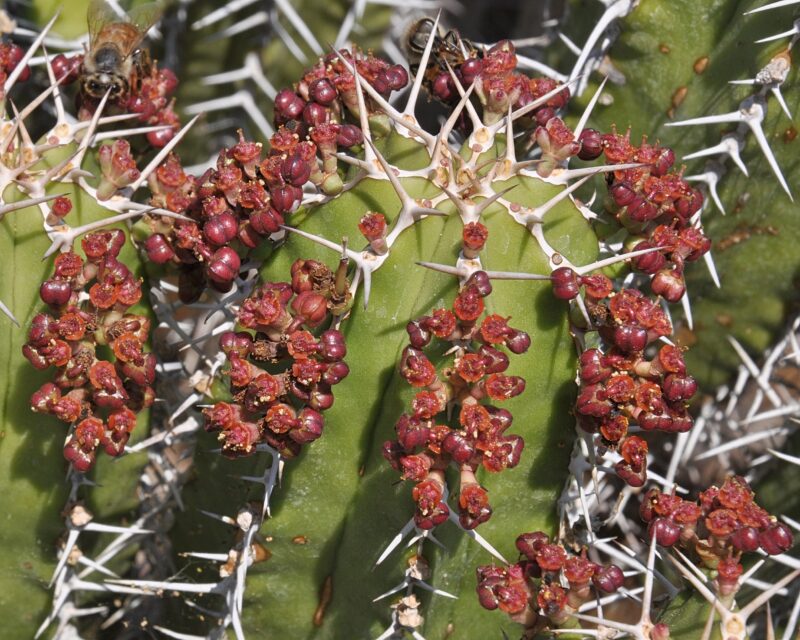 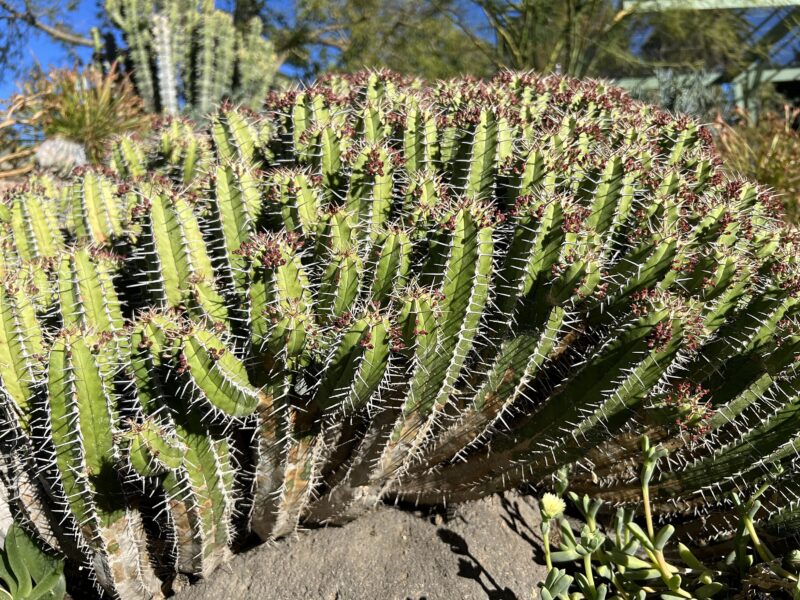