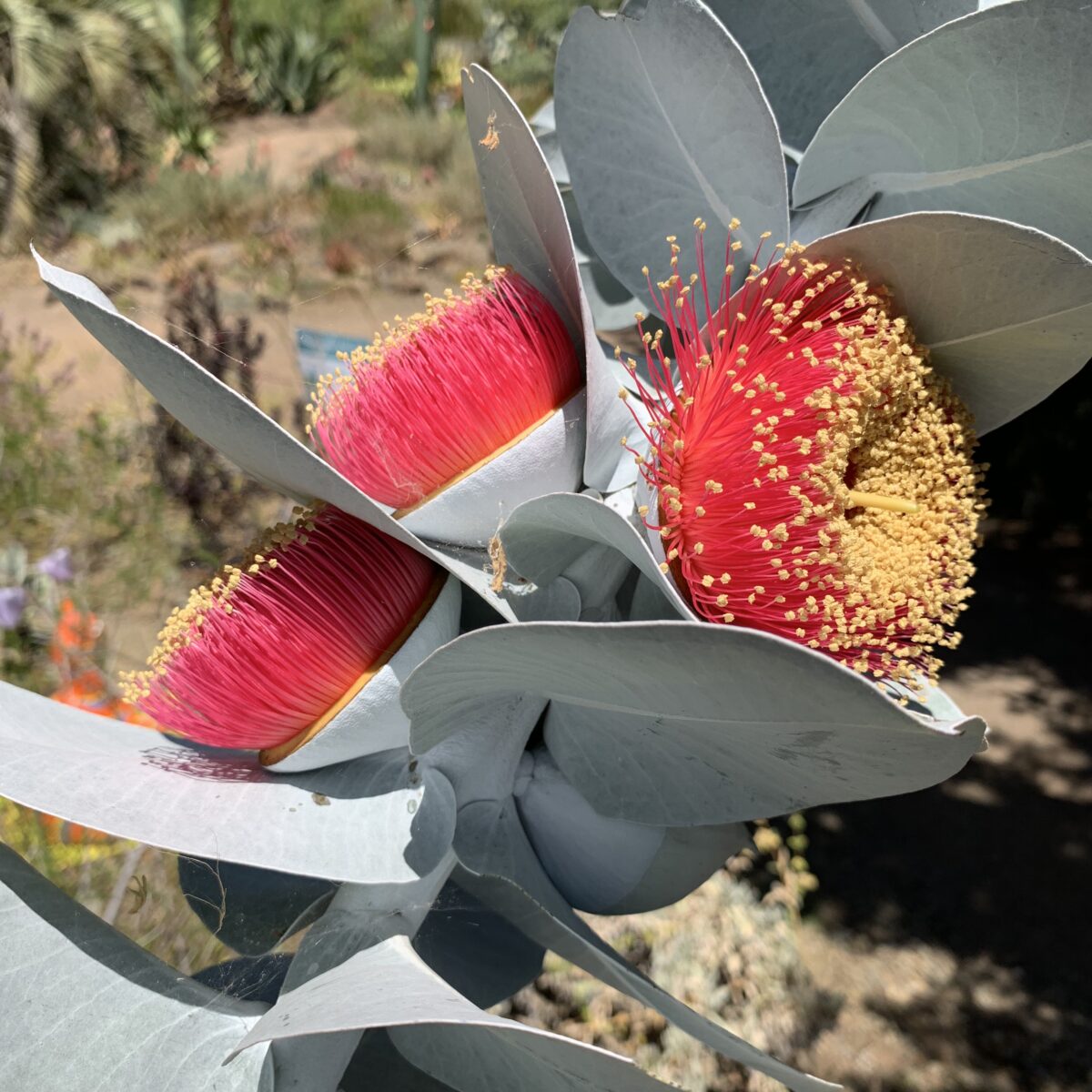 Eucalyptus is a large genus of more than 700 species in the Myrtle Family (Myrtaceae). While some species are tall trees, others have a multi-stemmed shrubby habit, often with a woody swelling at the base known as a lignotuber. Plants of the latter sort are referred to in Australia as “mallees”, and an example is Eucalyptus macrocarpa, with the Australian common name “mottlecah.”

Eucalyptus macrocarpa is notable for its large grayish-white or bluish-white leaves and for its large red flowers, but it has an awkward sprawling growth habit, with stems jutting out at haphazardly at various angles. Mature plants vary in height from 4 feet to 10 feet. The oval leaves come out in pairs on either side of the stem, and sometimes there are small lobes at the base that overlap with the lobes of the opposite leaf, giving the impression that the stem has skewered them. The leaf length is 2.2 to 3.3 inches (55 to 85 mm).

The usual flowering time for Eucalyptus macrocarpa is listed as late winter to early summer, but our specimen at the Ruth Bancroft Garden has always flowered in summer, between late June and early August. For months before the flowering commences, the buds are visible as white domes with pointed tips, and within is a thick cluster of stamens. As the stamens expand at maturity, they pop off the white cap and provide a splash of bright red and yellow, since the filaments are red and the pollen-bearing anthers are yellow. The flowers, with a diameter of about 4 inches (10 cm), are nestled among the white leaves and contrast dramatically with them. Nectar is produced by the flowers, and in Australia they are visited by birds such as honeyeaters. In California, they are sought out by hummingbirds. As the flowers go by, the stamens are shed, while the base remains and develops into a seed capsule. At first, the stigma at the center of the flower is still present, projecting upward like a miniature tower, but eventually this too is shed, and the top of the capsule becomes whitened and looks something like a sand dollar. Seen from the side, the capsule looks like a flying saucer. As is common in Eucalyptus, the capsules are tough and woody, remaining on the stem for a long time.

Eucalyptus macrocarpa grows in sandy, fast-draining soils, and in cultivation it does best with good drainage and sun. It can be pruned back if the stems sprawl too much, or even cut back to the lignotuber to keep it more bushy and compact when it re-sprouts. In nature, this species is found in the southwest corner of Australia, in the Mediterranean-climate area, so it does best in similar climates with dry summers, and it needs little water during this time of year. Although it is not injured by brief dips below freezing in winter, it can be killed by a hard freeze. 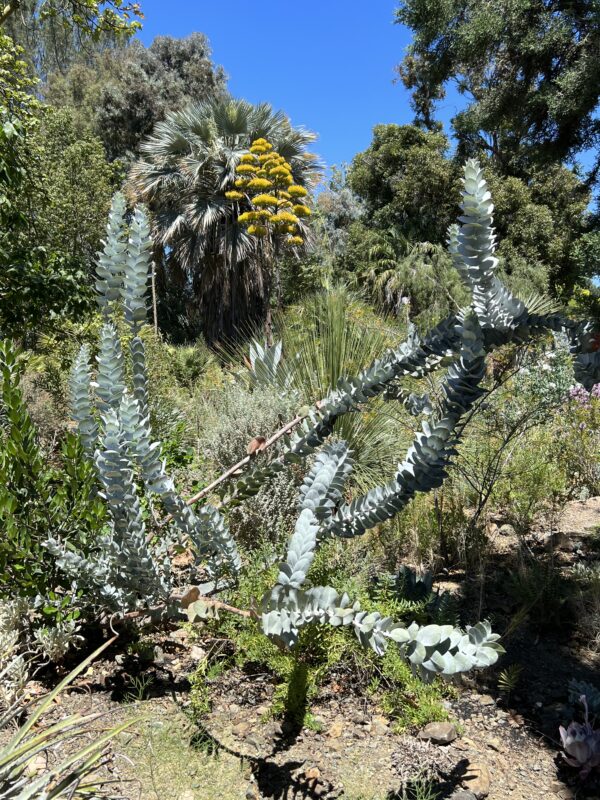 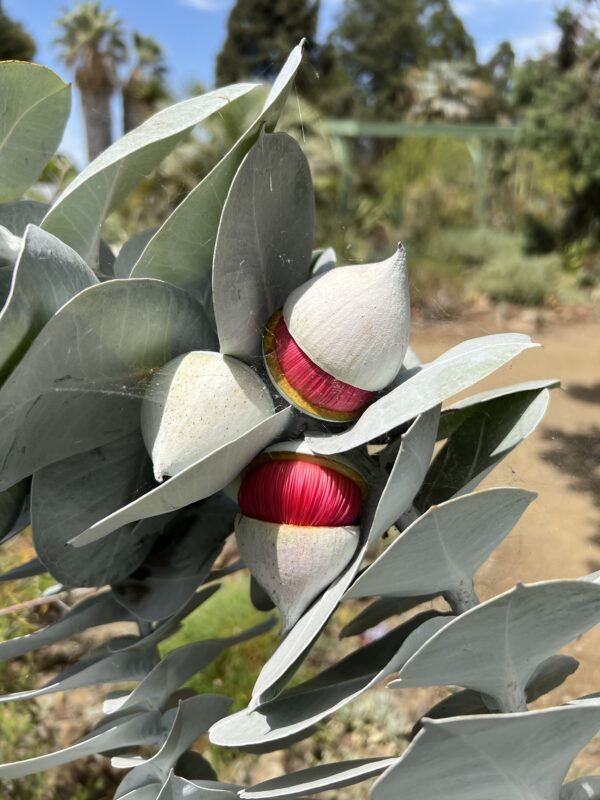 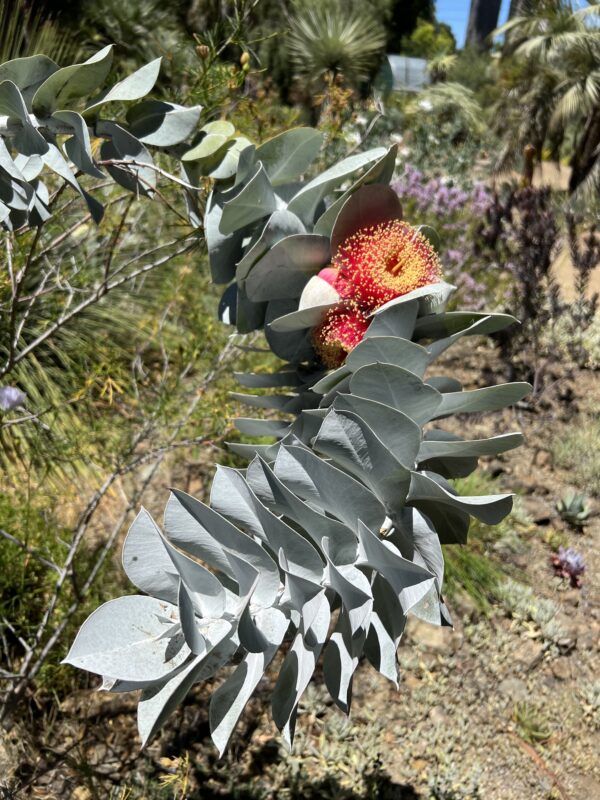 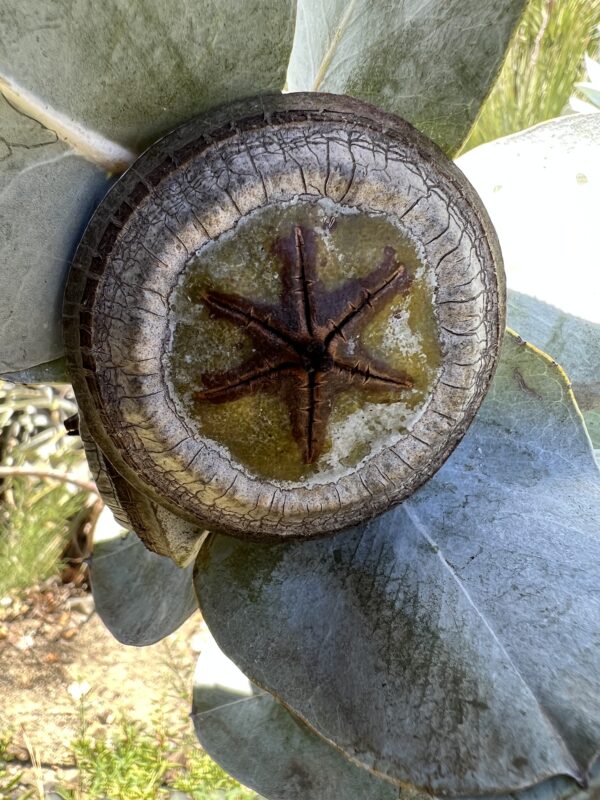 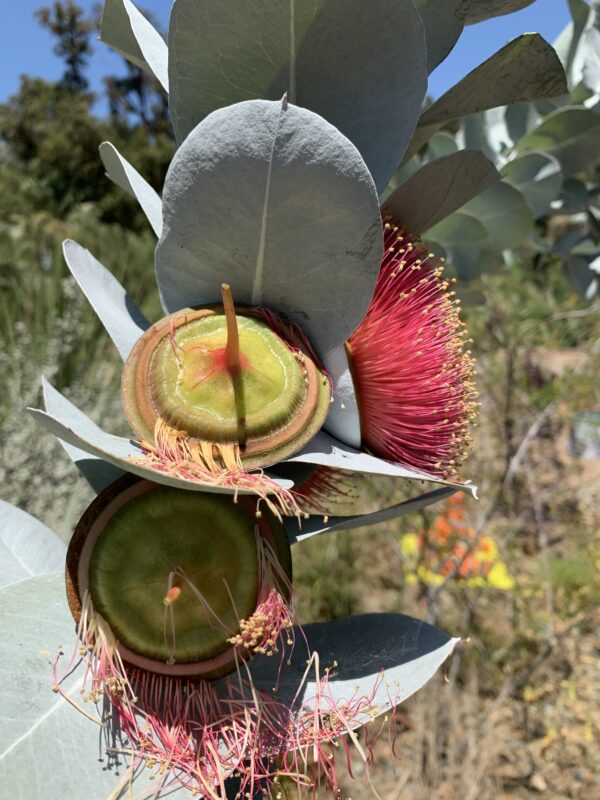 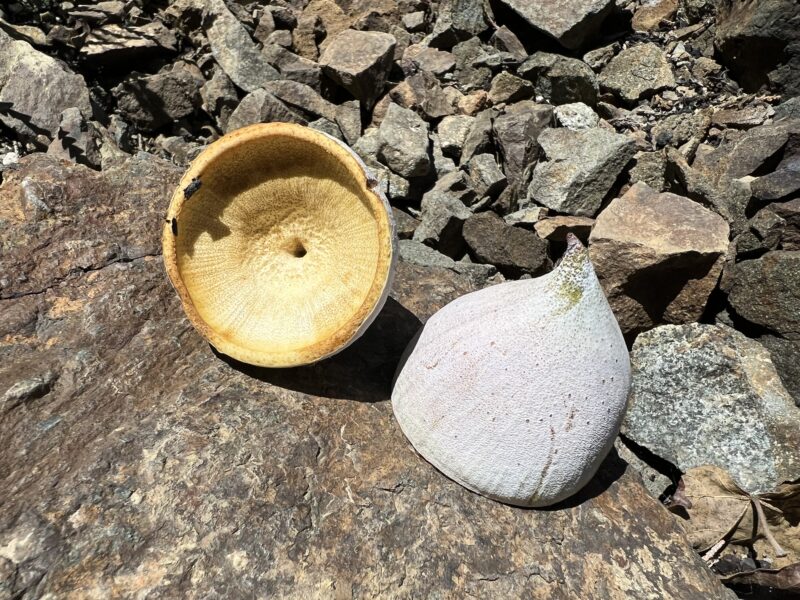