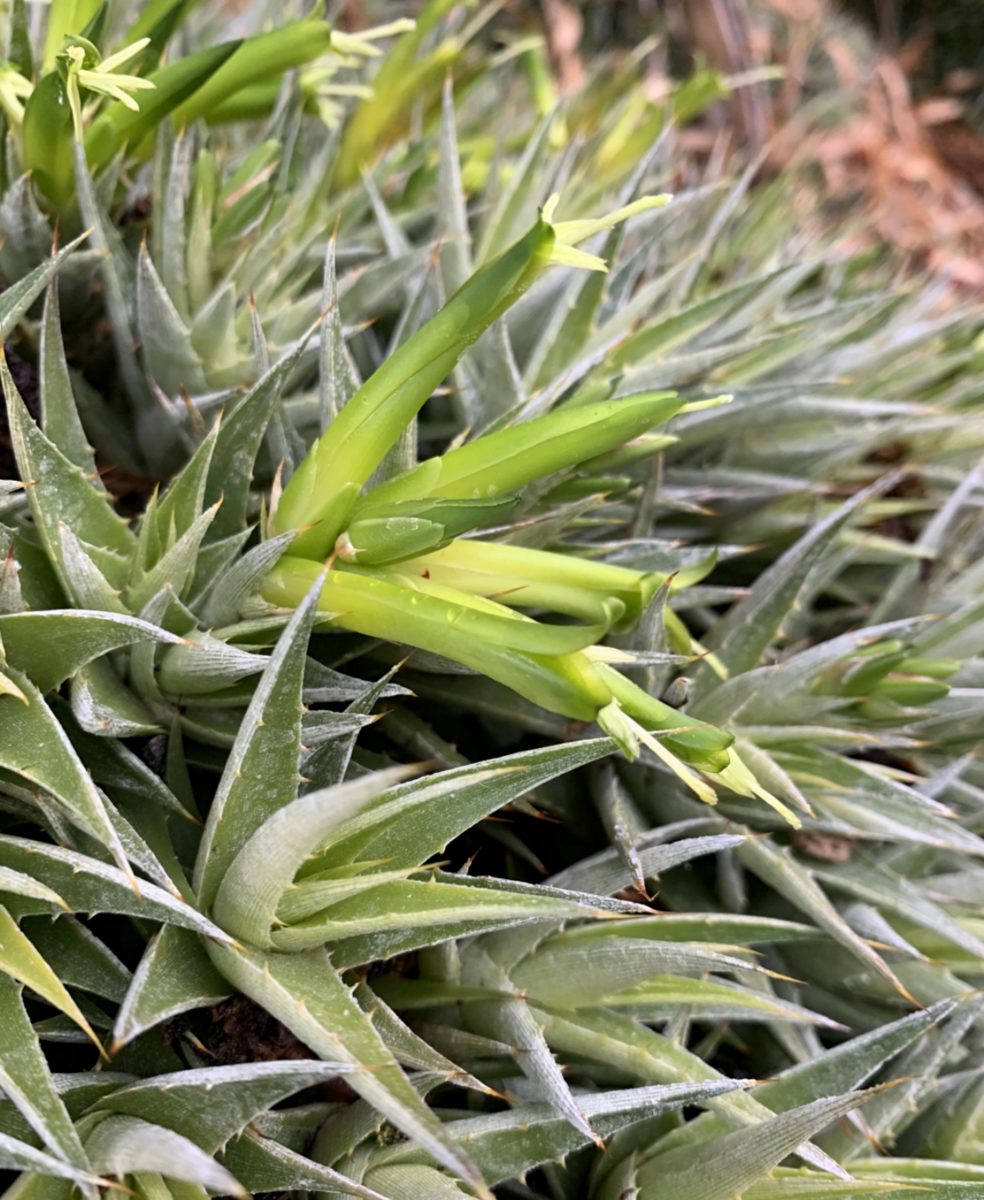 Plants in the Bromeliaceae, or Bromeliad Family, are found in North America, the islands of the Caribbean, and South America, but the greatest number of them are from South America, where the family apparently originated. Many family members are grown as ornamentals, but only a few are grown agriculturally, and the best known of these is the pineapple.

Bromeliads are monocots, and like many other monocots their flower parts come in 3’s. The family is characterized by flowers with three petals, three sepals, six stamens and a three-chambered ovary. While many bromeliads are epiphytes, growing on the trunks or branches of trees, typically in places with high rainfall or frequent mists, others grow in the ground and are in some cases adapted to dry conditions. Among the latter are plants with succulent leaves, including members of the genus Deuterocohnia.

There are fewer than 20 recognized species in Deuterocohnia, all of them native to South America. Plants in the genus were formerly placed in two genera, with the second one being Abromeitiella. It seemed reasonable to keep the two separate, since the species in Deuterocohnia had long wiry flower stalks and relatively large rosettes of leaves, while those in Abromeitiella had many small rosettes and very short stalks, with the flowers poking out from between the leaves. However, DNA evidence supports the merging of the two, and so the species in Abromeitiella have all been absorbed into Deuterocohnia. One of the re-named species is a delightful ornamental plant from Argentina and Bolivia, originally named Abromeitiella brevifolia, and now re-christened as Deuterocohnia brevifolia.

Each rosette of leaves in Deuterocohnia brevifolia is up to 2 inches across (5 cm), with an individual leaf about .8 to 1.2 inches long (2 to 3 cm). However, plants continually add new rosettes, and they live to be very old. A mature plant often has many hundreds of heads, and these are crowded together in a dome-like cluster, which may eventually be 5 feet or more in diameter (1.5 m). Only if this cluster is broken apart can the long stems be seen, clad in the dried remains of old leaves and forking periodically at the points where heads have divided in the course of the plant’s growth.

The narrowly triangular leaves of D. brevifolia are thick and succulent, tapering to a sharp point. The upper surface of the leaf is glossy green and flat to slightly channeled. There are longitudinal pin-stripes, but these are not very obvious. The lower surface is markedly convex and has a silvery caste due to the presence of tiny reflective scales. This surface, too, has pin-stripes, and they are much more evident because they are dark green, and contrast with the silvery scales covering the rest of the surface. Plants usually have tiny teeth along the leaf margins, but sometimes these are not present.

There is a smaller version of this species, and at one time it was classified as a separate species, Abromeitiella chlorantha. It is now considered just a form of D. brevifolia, but its rosettes are only about 1 to 1.2 inches in diameter (2.5 to 3 cm).

Deuterocohnia brevifolia flowers in winter and spring, with its tubular green flowers jutting out from between the leaves. The flower color varies from vivid green to yellowish-green, and often the base of the flower is more on the yellow side, while the tip is greener. The flowers, with a length of 1.3 inches (33 mm) are slightly longer than the leaves. As might be expected, the miniature form previously given the name Abromeitiella chlorantha has smaller flowers, these being only .8 inch long (20 mm). The rounded or pear-shaped seed capsule is .35 inch in diameter (9 mm) and contains spindle-shaped seeds. 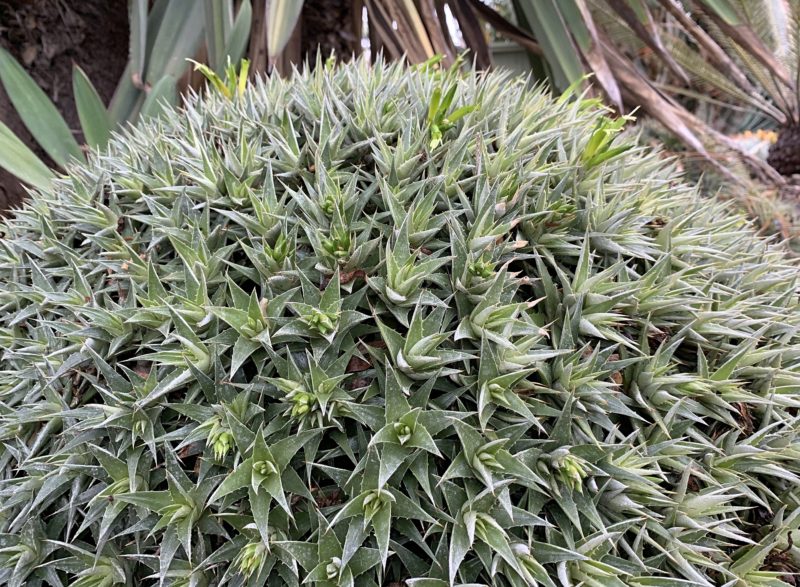 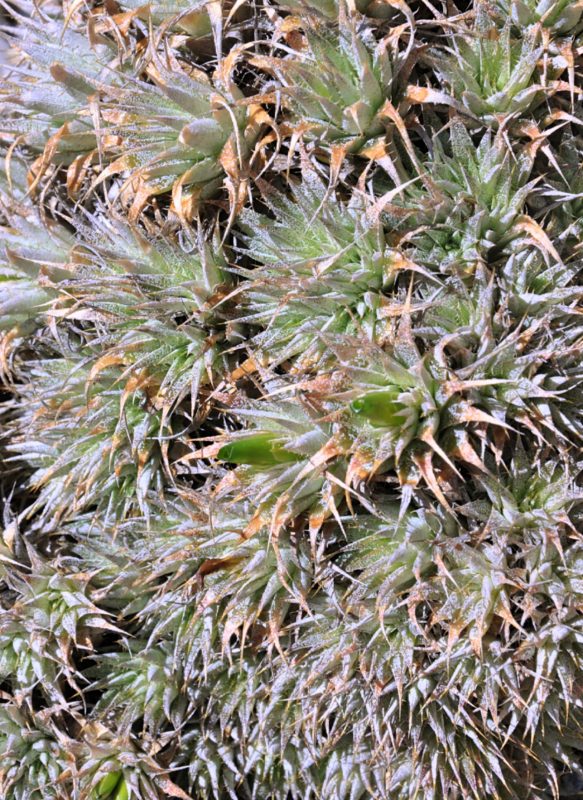 The small form of the species formerly known as Abromeitiella chlorantha.