Coryphantha is a genus of relatively small globular or short-columnar cacti native to the southwestern U.S. and Mexico. In the U.S., plants are found in southern Arizona, southern New Mexico and southwestern Texas, while in Mexico they occur all through the north-central and central parts of the country, and southward as far as the western part of Oaxaca. Coryphantha species are found in a variety of habitats, but never in coastal locations. A 2003 monograph on the genus recognizes 42 species, while Taxonomy of the Cactaceae, by Joël Lodé (2015) recognizes 47. Most of the plants in Coryphantha have large flowers arising at the top of the plant, with yellow being the most common color. They tend to flower in the latter part of the summer and into the fall.

While some Coryphantha species are found over a large area, others are quite localized. One such localized species is Coryphantha tripugionacantha, which is found only in a remote area of far western Zacatecas in west-central Mexico. This species is single-headed, rather than forming clusters like some of its relatives. Mature plants are up to 3½ inches in diameter (9 cm).

In cactus plants, the spines arise from felted circular or oval spots called areoles, and in Coryphantha the areoles are positioned atop conical or rounded tubercles, which make up the outside of the plant body. In many kinds of cactus, there is a distinction between heavier “central spines” arising from nearer the center of the areole, and finer “radial spines” positioned around the outside. The name “tripugionacantha” means “three dagger spines”, and this refers to the three stout central spines found in each spine cluster, with the lowest of these the longest and arching downward, while the other two arch to the side. These central spines are intitially black or black-tipped, though they age to tan or gray. The smaller and more numerous radial spines are pale from the start.

As is often the case in Coryphantha, our plants of C. tripugionacantha flower in late summer to fall, generally in August and September, though we have had a flower as late as mid-October. The large pale yellow flowers are about 2½ inches across (6 to 7 cm), and they emerge near the apex, often singly, but sometimes two at once. There is a hint of a red stripe on the outermost petals, and by the second day the tips on the outside of the flower may have a more noticeable flush of pink. The pollen on the anthers at the center of the flower adds a touch of darker yellow.

If successfully pollinated, the flower will give rise to a light green juicy fruit, wedged between the tubercles. Within the pulp of the fruit are the small light brown seeds. 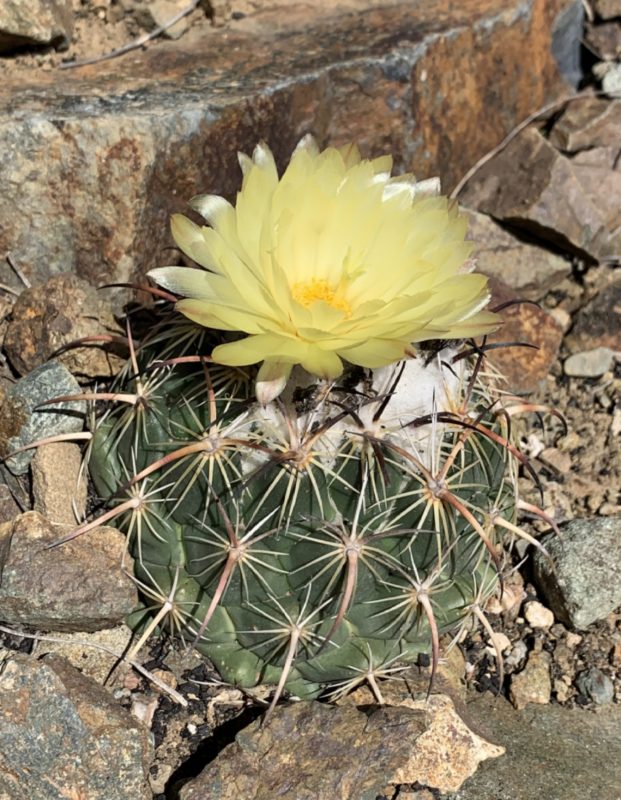 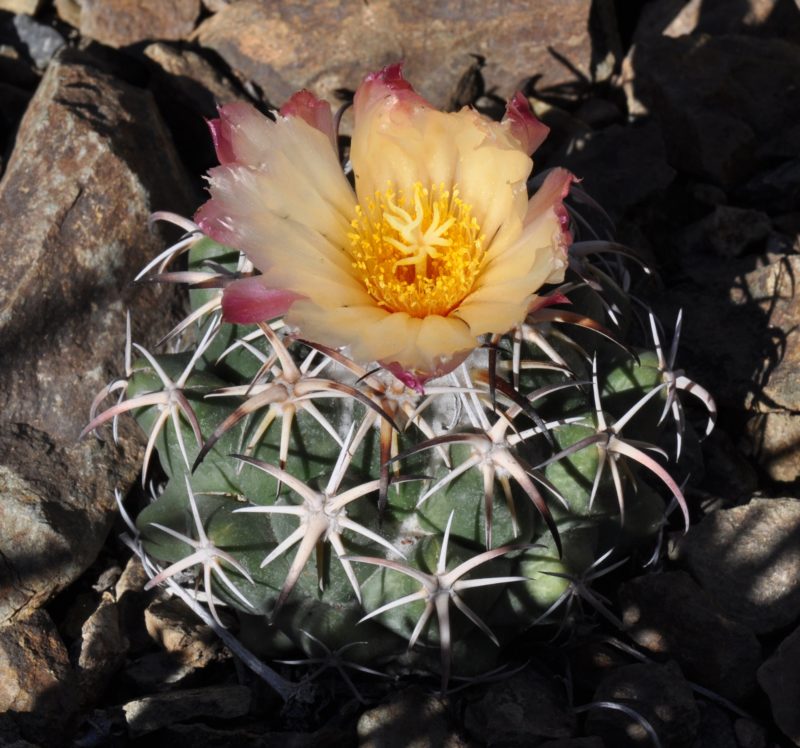 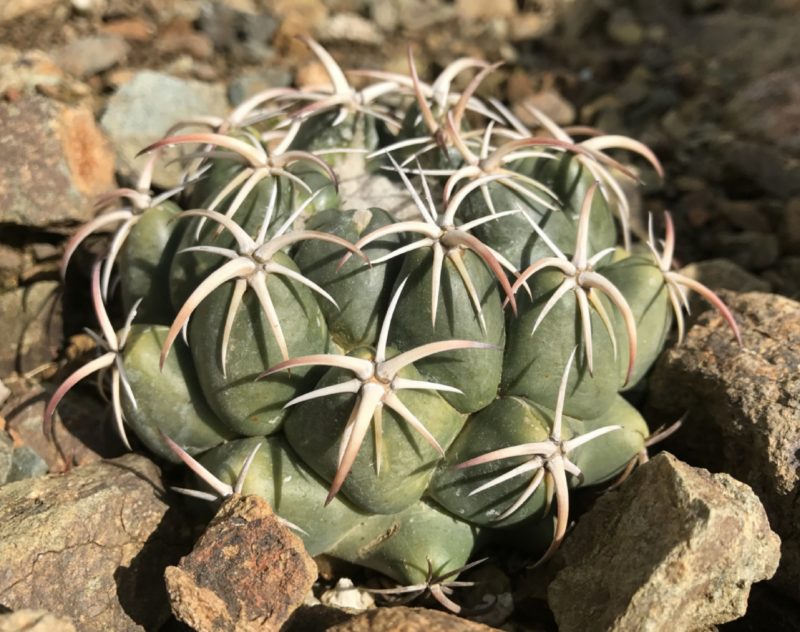