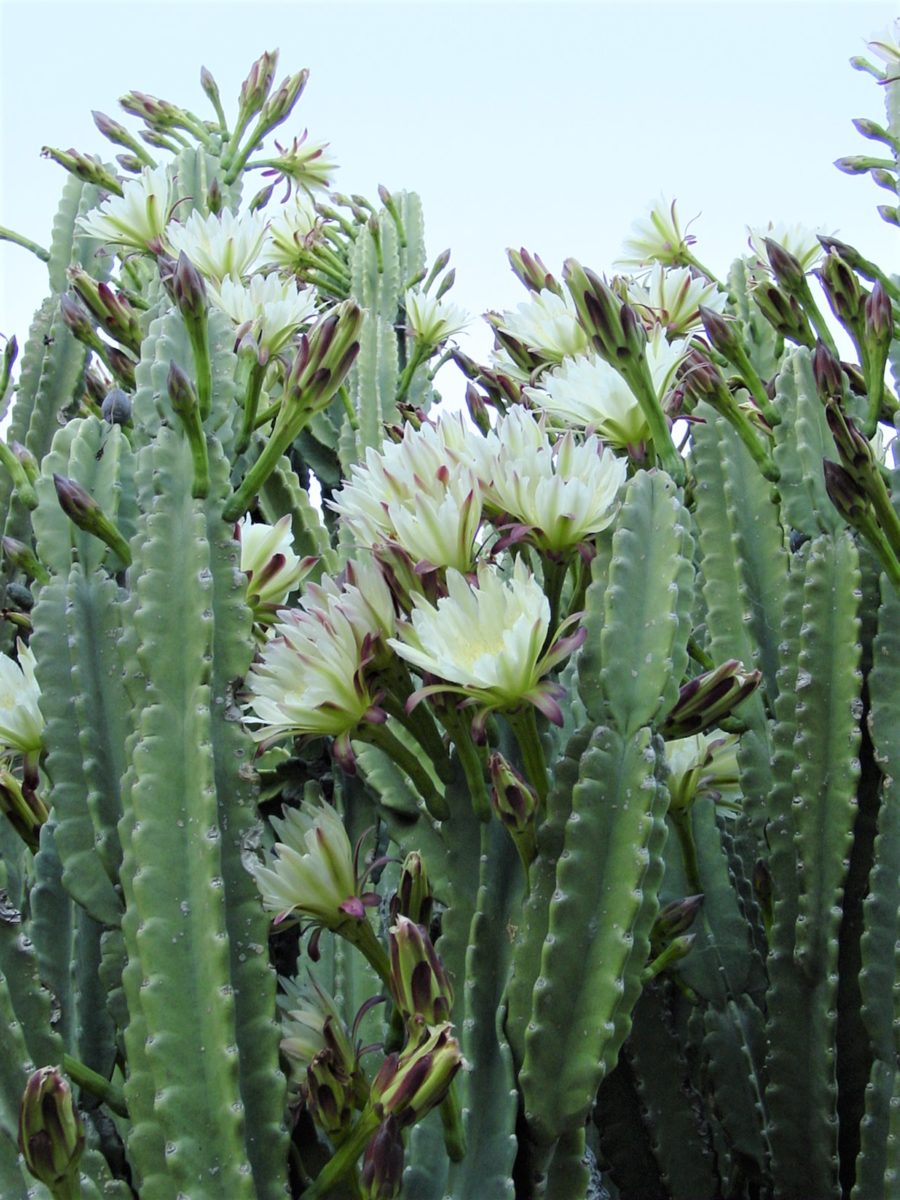 Cereus is a genus of columnar cacti native to South America (east of the Andes) and islands in the southern Caribbean. 23 species are recognized in The New Cactus Lexicon (2006), but there are also numerous unresolved names, and a thorough treatment of the genus is long overdue. In California, the most widely grown species is undoubtedly Cereus hildmannianus, though it is frequently labeled incorrectly as Cereus peruvianus.

Cereus hildmannianus is an imposing plant with many dull green to bluish-green branches, reaching a height of 30 feet (9 m) or more. The stems usually have 5 or 6 ribs and a diameter of about 6 inches (15 cm), with slight constrictions which mark the end of one year’s growth and the start of the next. Older plants usually have a short woody trunk below the lowest branches, but sometimes this is lacking. The spines are variable, with most plants in cultivation having very short spines, while some forms have longer ones.

This species flowers in the latter part of the summer and into early autumn (generally between July and early October at the Ruth Bancroft Garden). The flowers are 4 to 5½ inches across (10-14 cm), with the lower part a smooth green tube, lacking spines or hairs, and the upper part funnel-shaped and composed of many tepals. The outermost tepals are green and sepal-like, giving way to red-tinged ones above this, and then white inner ones forming the mouth of the flower.

After being pollinated, the lower part of the flower swells to become a smooth oval fruit, while the upper part withers and turns brown. The fruits enlarge as they develop, changing color from green to purple to pinkish-red. At maturity, they split open to expose the white pulp, and embedded in this are the small black seeds. The fruit is sweet and tasty, and is eaten by birds as well as people. Because of the smooth round reddish fruit, the common name “apple cactus” is sometimes used for this species.

Cereus hildmannianus is easy to grow from cuttings. A severed arm should first be left for a week or more to callus, and then it can be inserted into a pot or into the ground and allowed to root. The important thing is to be aware of how huge the plant gets, so that it does not get placed in a bed with insufficient room. It is cold-hardy down to 25° F (-4° C), but can be damaged by cold spells that drop below this. 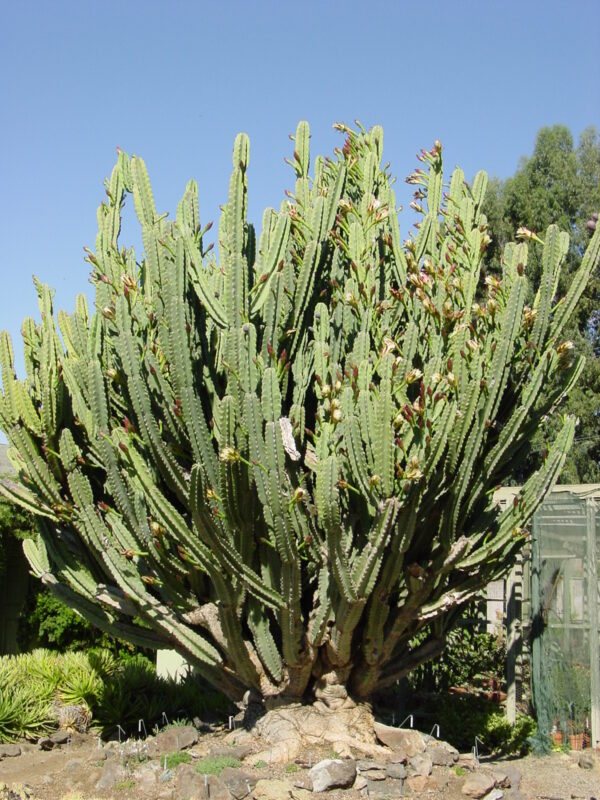 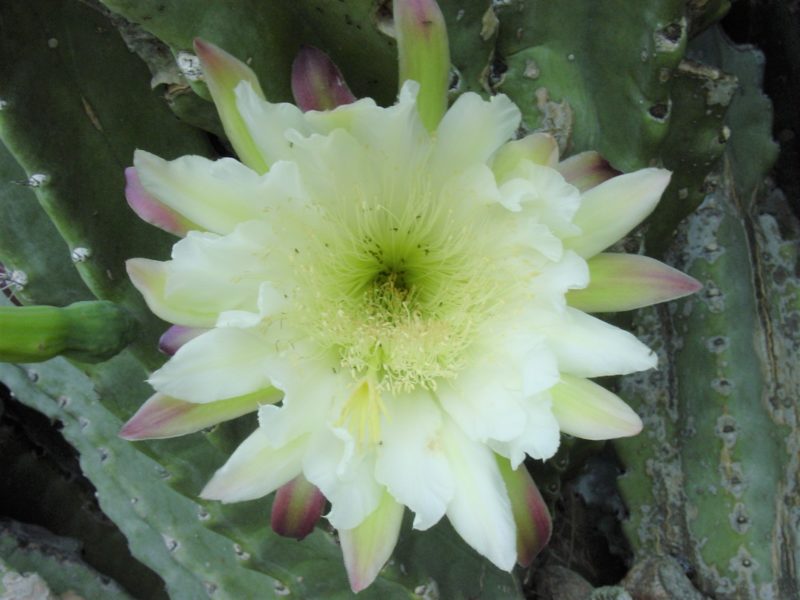 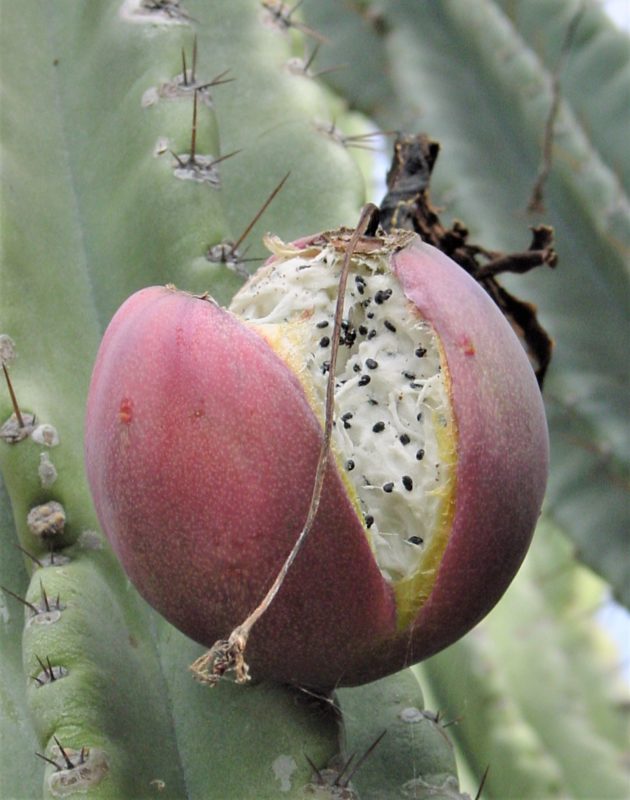 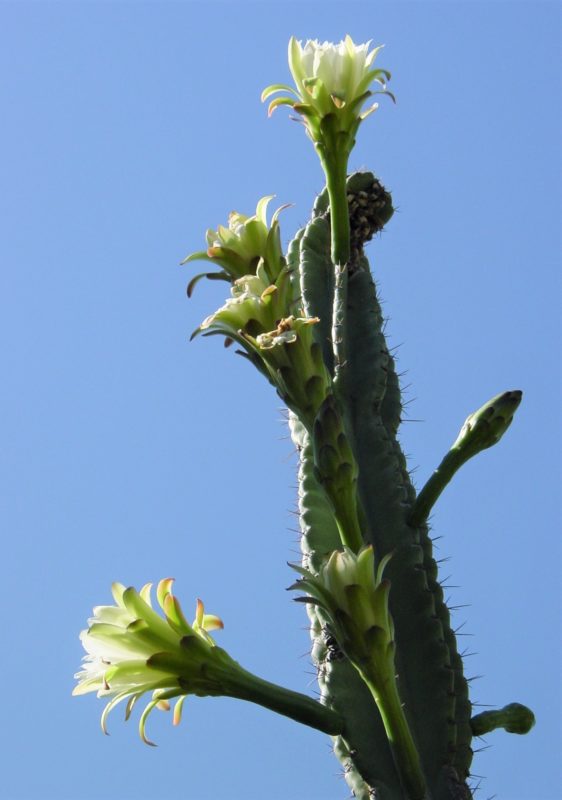 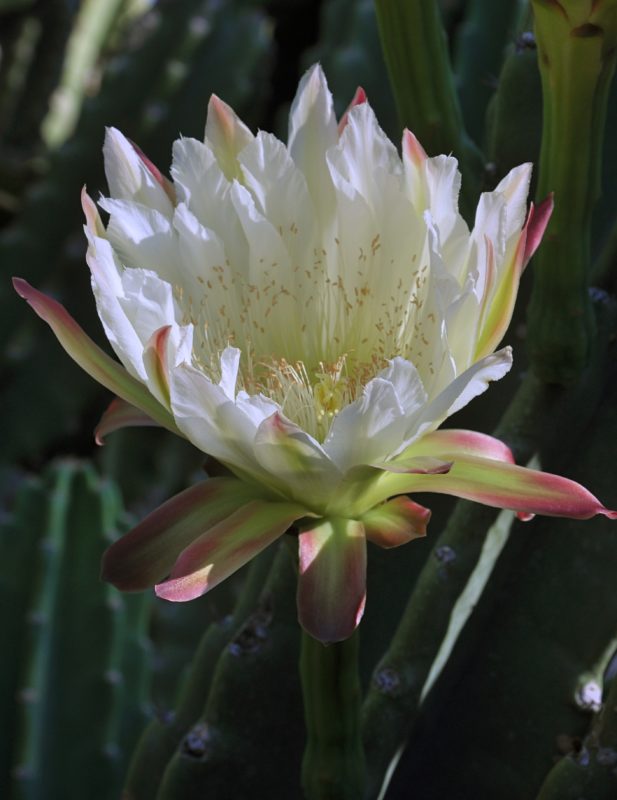 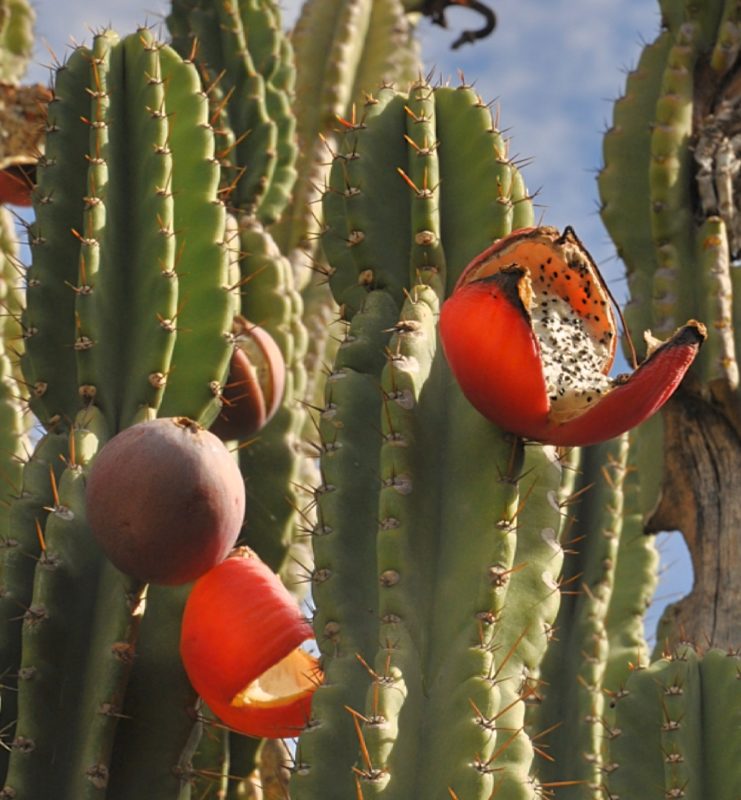