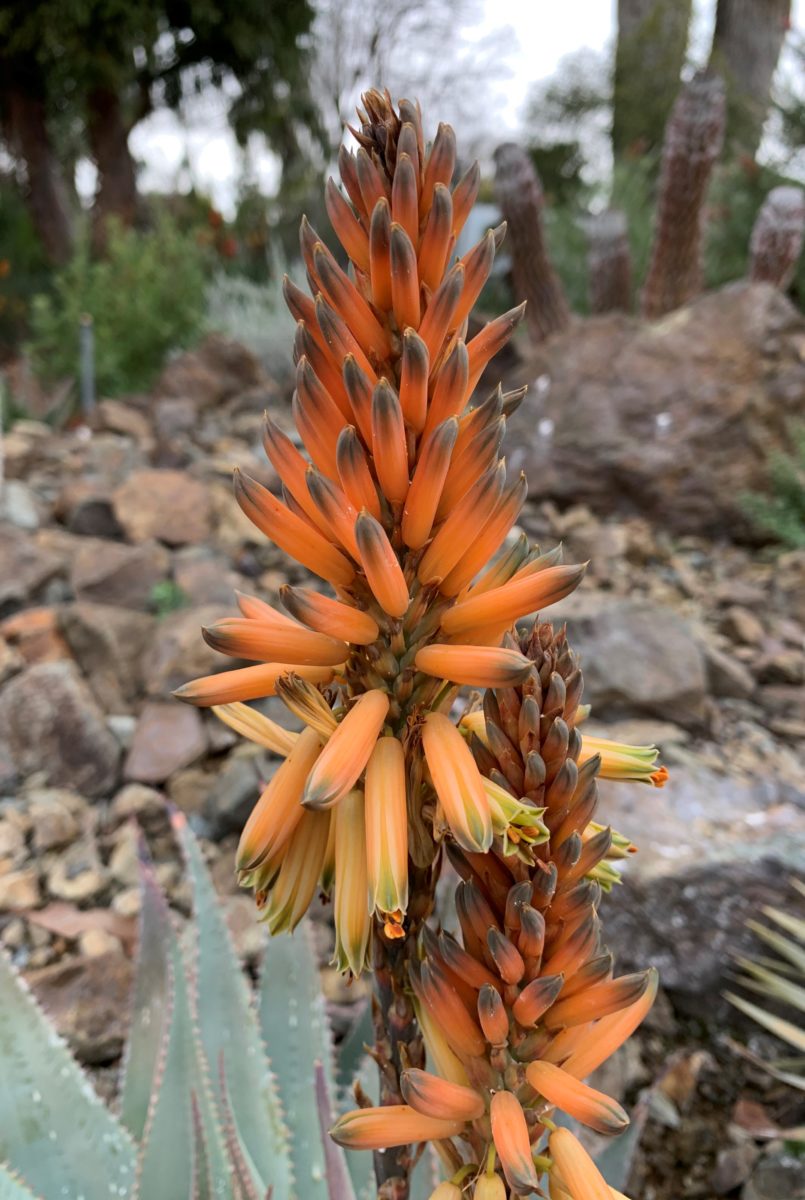 South Africa has quite a few species of Aloe native to the winter-rainfall region, which is located in the western part of the country. One of these is Aloe framesii, which occurs in a coastal strip running about 300 miles (480 km) from Saldanha Bay (north of Cape Town) nearly to the Orange River, which forms the border with Namibia.

Plants of Aloe framesii start out as a stemless single rosette, but in time they form a short stem and divide at the growing tip to form multi-headed clumps. The stems of older plants creep horizontally along the ground rather than growing upward. Mature plants have rosettes of leaves up to 24 inches across (60 cm). A leaf can be as much as 15 inches long (38 cm) and 3½ inches wide at the base (9 cm), though they are typically a little less than this. Young plants are heavily speckled with small white spots on both leaf surfaces, but this spotting diminishes over time, and sometimes mature plants lose it altogether. The basic leaf color for the species is a milky blue-green or blue-gray, but plants in bright sun readily take on a lavender tinge, especially during the dry summer months.

Many South African Aloe species flower in winter, and this is true of Aloe framesii. The peak blooming time in its habitat is in June and July, but in the Northern Hemisphere’s reversed seasons this happens in December and January. The flower stalks rise to a height of about 28 inches (70 cm), topped with dense conical clusters of tubular red-orange flowers. At the bud stage, the flowers are tipped with purplish-gray, but when they open the tips change to pale yellow and green striped. The flower length is about 1.4 inches (35 mm), and the color of the mature flowers is a little paler than that of the buds. A plant flowering for the first time lacks branches on the flower stalk, but older plants often have several branches. Aloe framesii is closely related to Aloe khamiesensis, which grows a little farther inland and at a somewhat higher elevation, but the latter is a larger and greener single-headed plant which develops an upright trunk, and it has up to 8 branches per flower stalk. 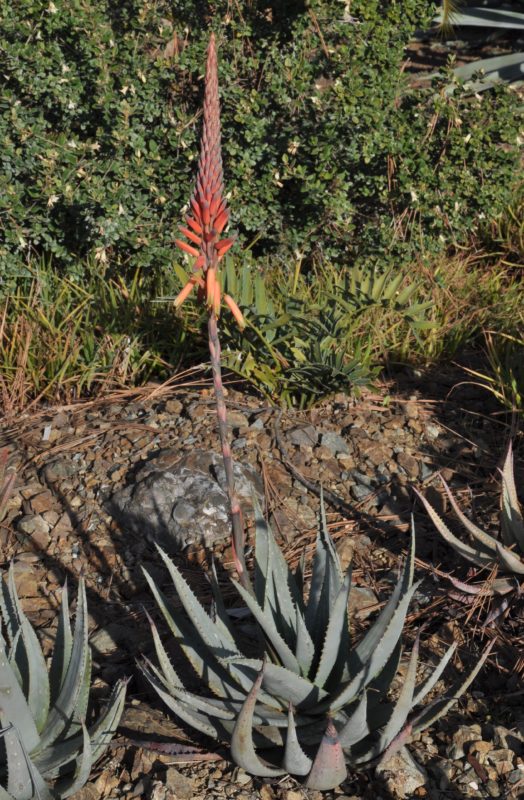 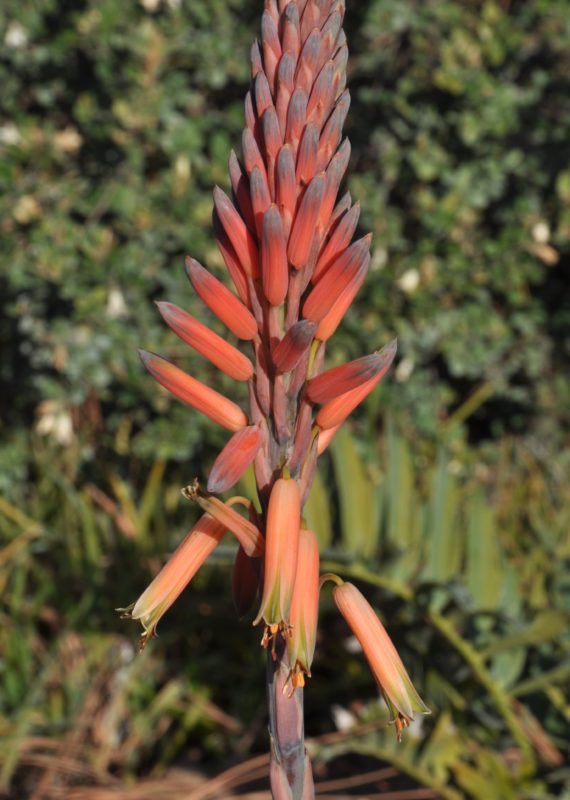 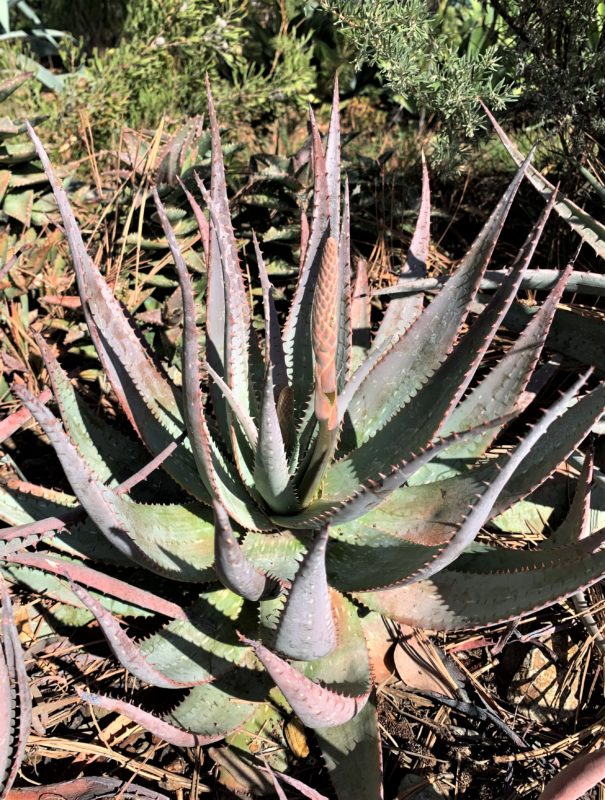