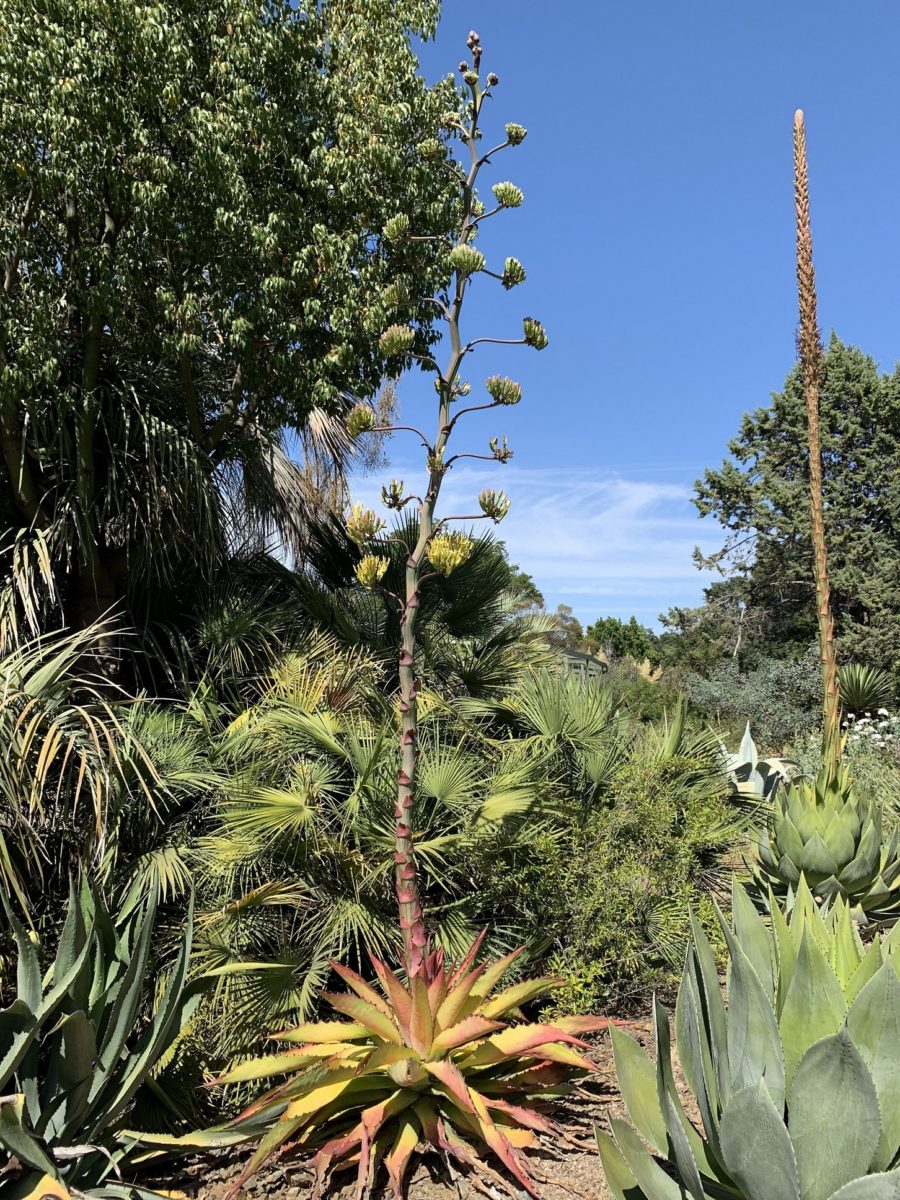 Agave plants are monocarpic, meaning that at maturity they flower and produce seed only once. Many species either produce offsets or bulbils (plantlets which form on the flower stalk), and thus can be readily propagated, but some do not employ either strategy for continuance. These latter rely entirely on seeds to keep going, and an example is Agave bovicornuta, native to the northern Sierra Madre Occidental in the Mexican states of Sonora, Chihuahua and Sinaloa. This species occurs at altitudes between 3,000 and 6,000 feet (930 to 1850 m), in open rocky areas in the company of oaks.

Agave bovicornuta is not one of the gigantic agaves, attaining a diameter of about 40 to 75 inches (1 to 2 m), and a height of up to 40 inches (1 m). Its leaves widen from the base to the middle, and then taper to a spine-tipped point.

The leaf margins are highly decorative, with peaks and troughs ornamented with reddish-brown teeth in different sizes, their tips flexed this way and that. The Latin name for the species is a reference to the resemblance of the teeth to the horns of cattle. Plants are deep green or yellowish-green, and often display bud-printing, which refers to the embossed impressions on the leaf surface made by adjacent leaves as they develop at the center of the plant.

At maturity, the growing tip of the plant elongates into a stout flower stalk about 13 to 23 feet tall (4 to 7 m), with side branches holding compact clusters of greenish-yellow flowers. The flowers are held upright, with a tubular green lower portion topped by a wider cup formed by the 6 tepals (“tepals” is used in place of “petals” for plants which do not have separate sepals and petals). The tepals are yellow, sometimes with a slight flush of reddish-purple toward the tips. As the plant flowers and reaches the end of its life span, the leaf edges fold together like taco shells, and sometimes they color up dramatically with flushes of red and yellow, though not all plants do this.

The oval seed pods, about 1.6 to 2 inches long (40 to 50 mm), start out bright green, then age to grayish-brown as they mature over the course of several months. The disc-like seeds are black, as with other agaves. 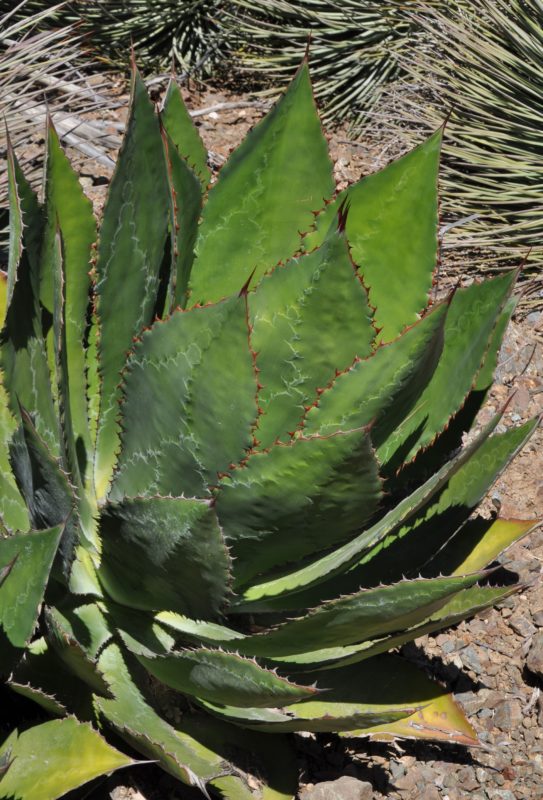 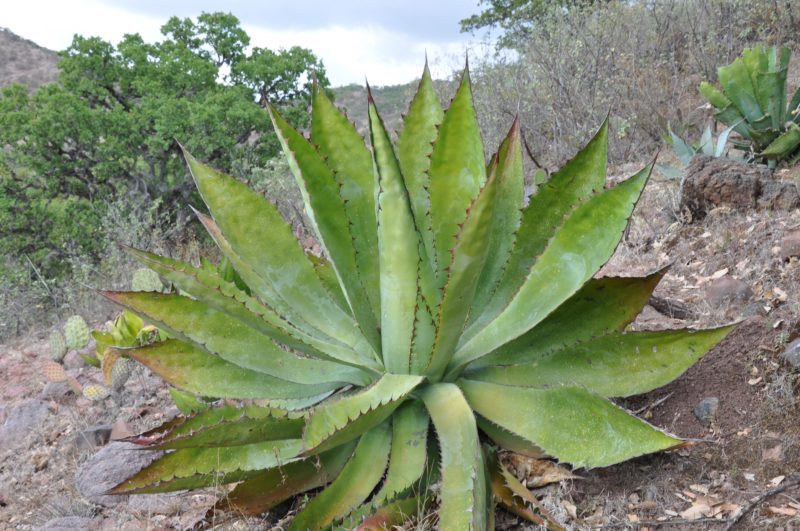 A plant in habitat in Sonora, Mexico 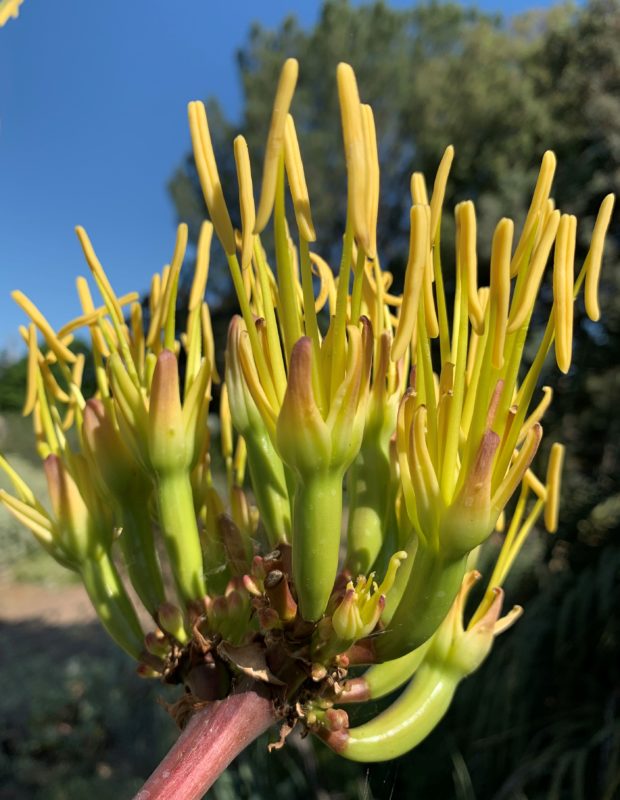 The flowers of Agave bovicornuta 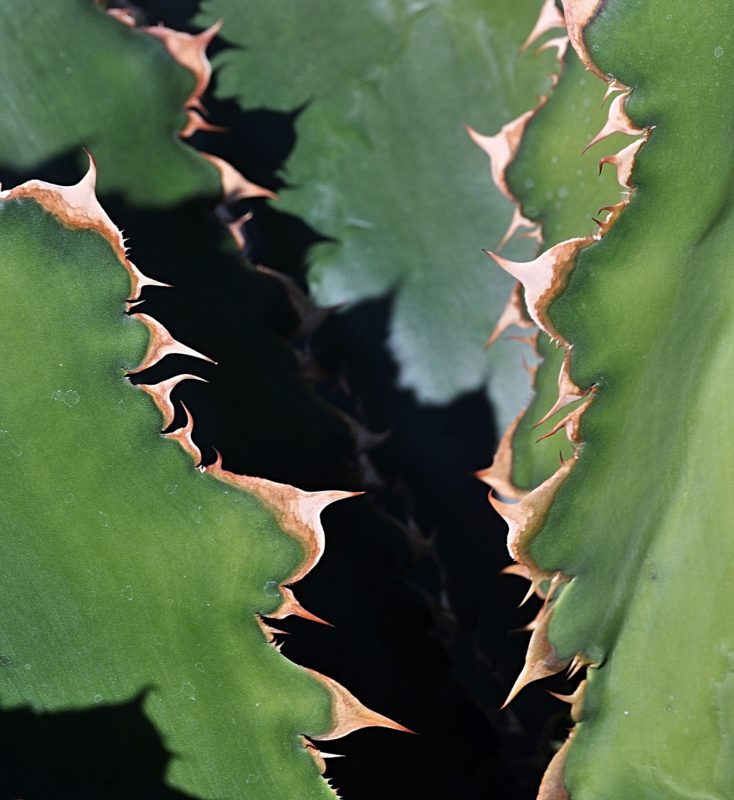 The elaborate toothy margins of the leaves. 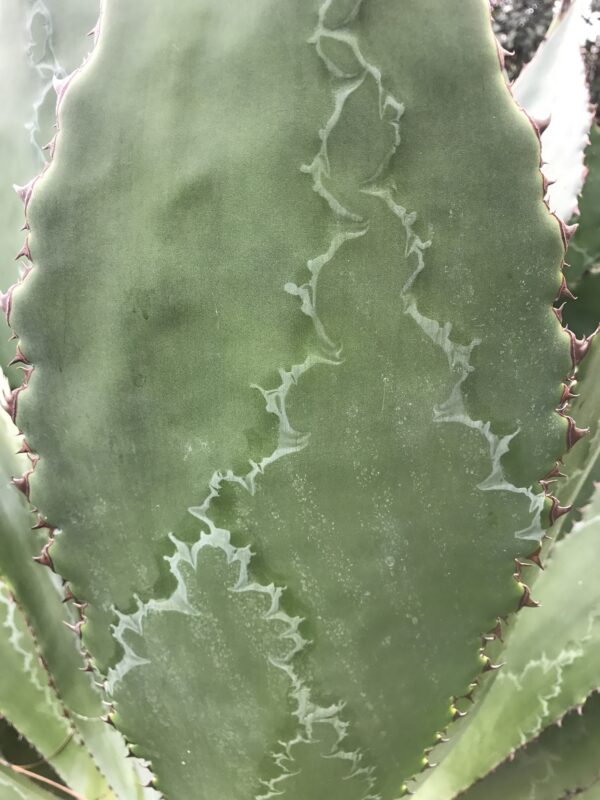 Bud-printing on an agave leaf.