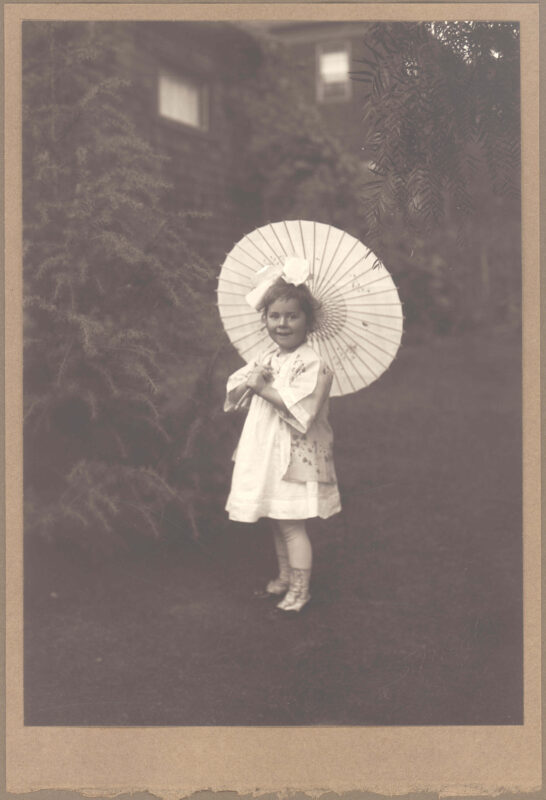 In 1908, a little girl named Ruth Petersson was born to Swedish immigrant parents. From an early age Ruth loved plants, and she spent her younger years exploring the Berkeley Hills and the extensive gardens of her neighbors. By the time she reached college, she wanted to study landscape architecture, but her parents steered her to traditional architecture instead. Long before being a pioneer in dry gardens, Ruth was a pioneer in the field of architecture, being one of only two women in an architecture class of 50. Unfortunately, when the Great Depression hit, Ruth, like many Americans, was forced to abandon her career aspirations. She took up teaching, specifically home economics. It was many years before she would return to design and her love of plants, but like a seed waiting for spring, Ruth was primed to bloom. 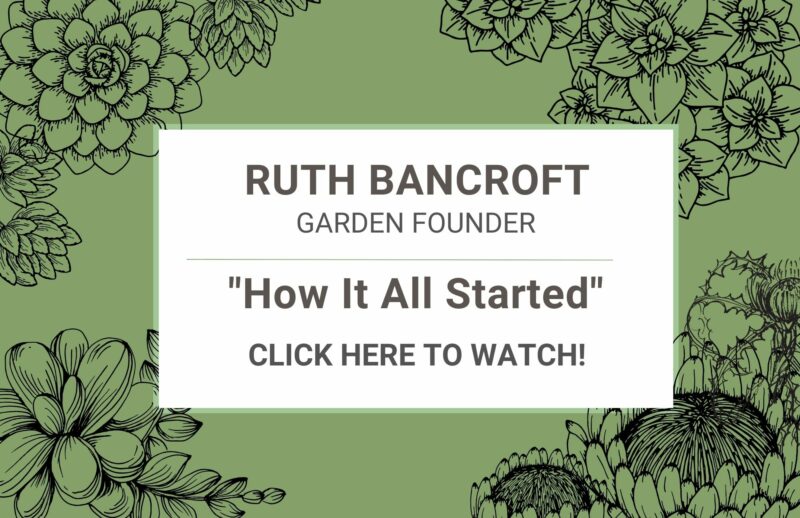 Building From the Ground Up 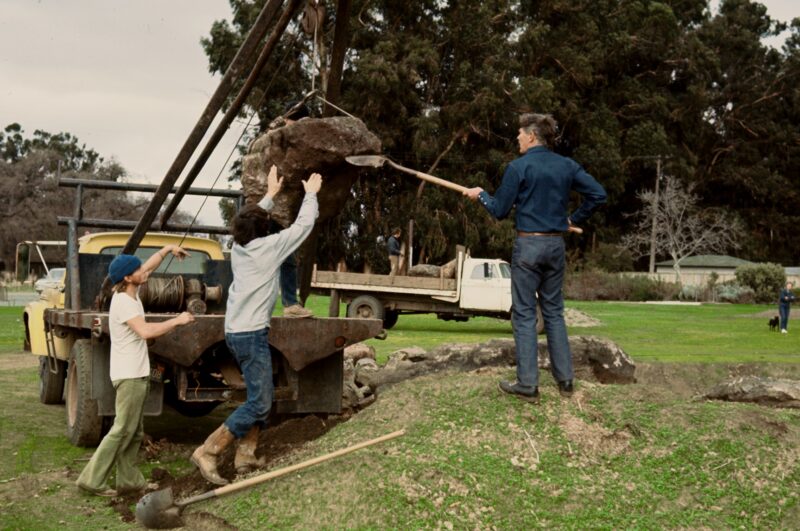 One of Ruth’s first projects was to create mounds of fast-draining rocky soil needed by the plants she had collected. (1972)

Before Ruth’s Garden could be planted, she had obstacles to overcome. Ruth’s collection of plants was adapted to dry conditions and needed fast draining soil. Walnut Creek’s dense clay was exactly the opposite. Before Ruth could place a plant in the ground, she first had to increase drainage by building mounds and amending the soil. Ever since, our horticulturalists have had an eye on not just what is above ground, but what is below as well.

Our assistant curator, Walker Young, has made it his mission to continue to fine-tune the composition of the soil in the Garden, with attention to the structure, nutrients, and microbial life. Walker has worked with local soil companies to produce our proprietary mixes, and as our Nursery has grown, we share our preferred soil blends with the public through our own nursery and at several of these local companies.

Lawns have always been a part of the suburban landscape, and very much a part of American identity. Harkening back to grand European gardens lawns have a long history as a socio-economic marker. They serve to create a connection to one’s neighbor while simultaneously signaling a divide between house and sidewalk. A verdant, clean-cut lawn, has become the sign of homeownership, a “good neighbor,” and a collective identity. 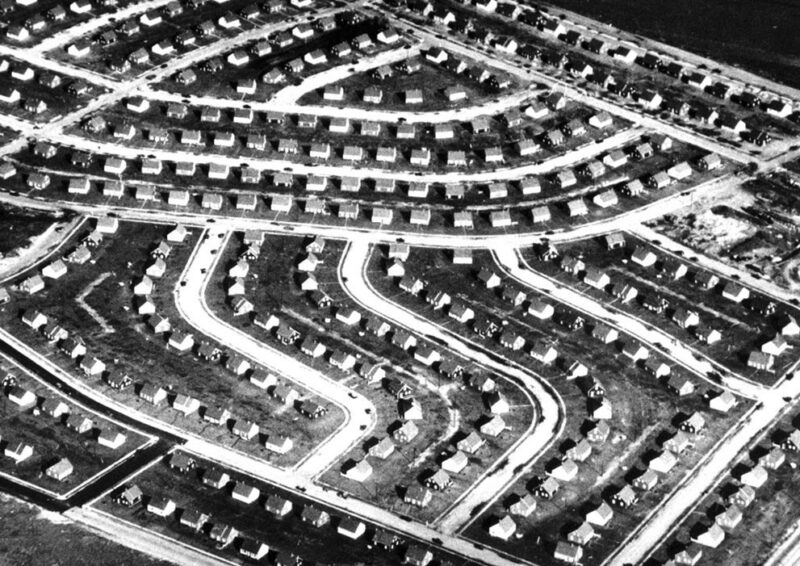 1948. One of the first mass-produced suburban developments of the postwar era, was Levittown, NY, where lawns were plentiful. CC

With growing droughts, most Californians are acutely aware of the unsustainability of water-guzzling lawns. Fortunately, through the rebate programs of our local water districts, the East Bay Municipal Utility District (EBMUD) and Contra Costa Water District (CCWD) transitioning from water-thirsty lawns to more drought-tolerant gardens has become easier and less expensive. The Ruth Bancroft Garden and Nursery (RBG) has teamed up with the water district to share the many local examples of lawn-to-garden conversions, and offers a tour every year for those wanting some inspiration, or just some good garden views. RBG also offers garden design consultations/services and plants at a reduced price to those participating in the program.

In 1970, when Ruth began to create her Garden, she was not alone in her desire to create greener spaces in Walnut Creek. Throughout the city, citizens witnessed rapid growth and development. In 1974, a grassroots group of residents organized and campaigned to pass a bond measure to purchase 1,812 acres of open space and park lands for generations to come. Save Mount Diablo, The Walnut Creek Open Space Foundation, and Borges Ranch Interpretive Foundation have all continued to carry this torch and protect additional lands since the original 1,812 acres. 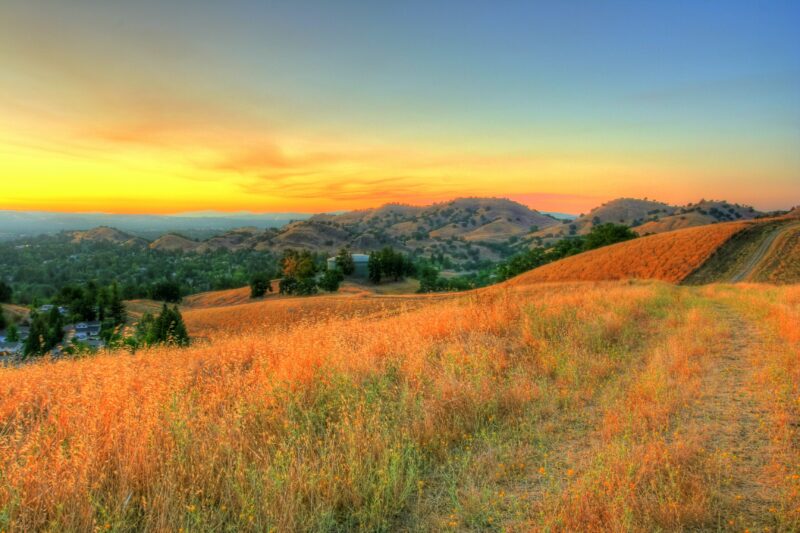 Although we have no historical record of Ruth or the Bancroft family’s role in the fight for a greener Walnut Creek, we do know that the Bancroft family gifted seven acres to what would become Heather Farm Park. We can’t help but wonder if the open space movement was just one more reason to turn the family farm into a garden. The Garden shares its 50th anniversary with The Gardens at Heather Farm and Save Mt. Diablo. All three organizations share a future as important green refuges in the bustling Bay Area. 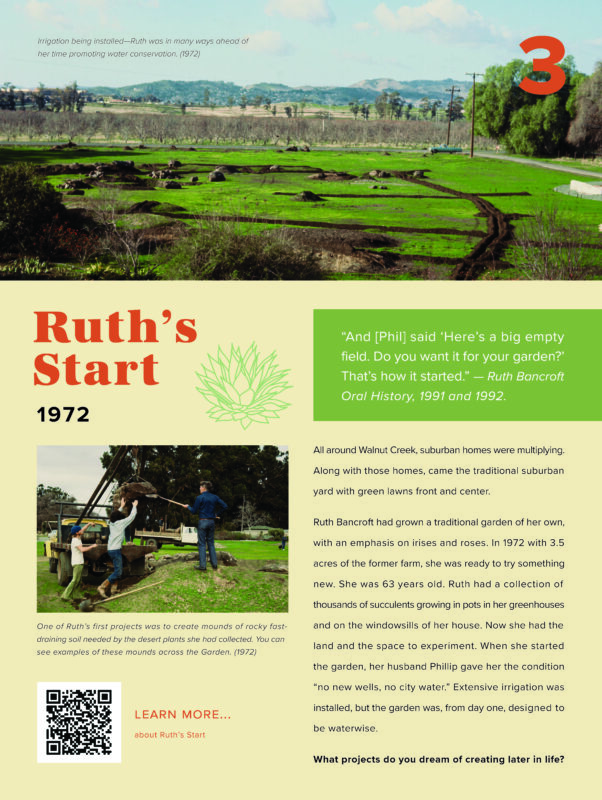