Before the Bancrofts, Pre 1769 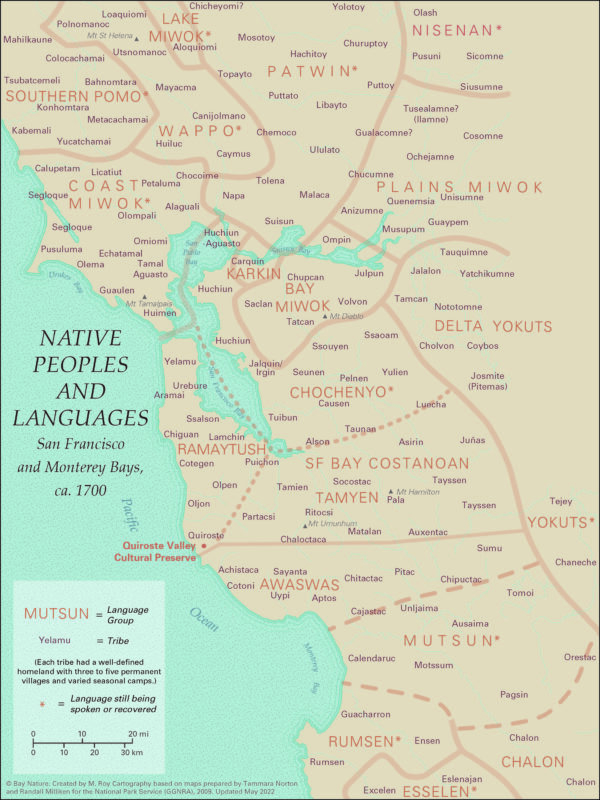 Since time immemorial, the Bay Area has been inhabited by various Indigenous people.  What is known today as Contra Costa was largely inhabited by the cultural and linguistic group known as Bay Miwok.

If you were able to look at this land 400 years ago, you would likely not recognize the land of the Bay Miwok. Shoulder high perennial bunch grasses, thick oak and bay woodlands, flowing creeks and rivers filled with fish, herds of elk, mountain lions, and of course grizzly bears could all be found in this “land of plenty.” Acorns were a staple for Native people living across California, and are still gathered and eaten today.

The Indigenous people of California not only “lived off the land” but drew on countless generations of experience to actively manage it. One of the management practices used by California Native people was prescribed burning. Not only did these controlled fires prevent large wildfires, they also cleared old brush to make way for preferred food sources, to create pathways for wildlife in chaparral, mitigate pests in woodland and forest understories, and ensure successful and sustainable harvests.

Today, Native people across the Bay Area are working hard to preserve sacred land, cultures, and languages, as well inspire surrounding communities for future generations. Currently, the Muwekma, the survivors of Indigenous people in the nine Bay Area counties, who trace their heritage through Missions Dolores, Santa Clara, and San Jose, are fighting for federal recognition. Recognition would allow them to reclaim the remains of their ancestors, receive government support, and establish a land base where Native people and plants may once again gather and thrive.

Indian People for Organizing Change (IPOC) has also created the Sogorea Te’ Land Trust, an urban Indigenous women-led land trust based in the San Francisco Bay Area. The Land Trust works for the return of Indigenous land to Indigenous people, reviving cultural gathering places, and medicinal plant gardens. The Land Trust has also created the Shuumi Land Tax, which asks non-native people to pay reparations on the land they live on, to support the return of unceded lands. 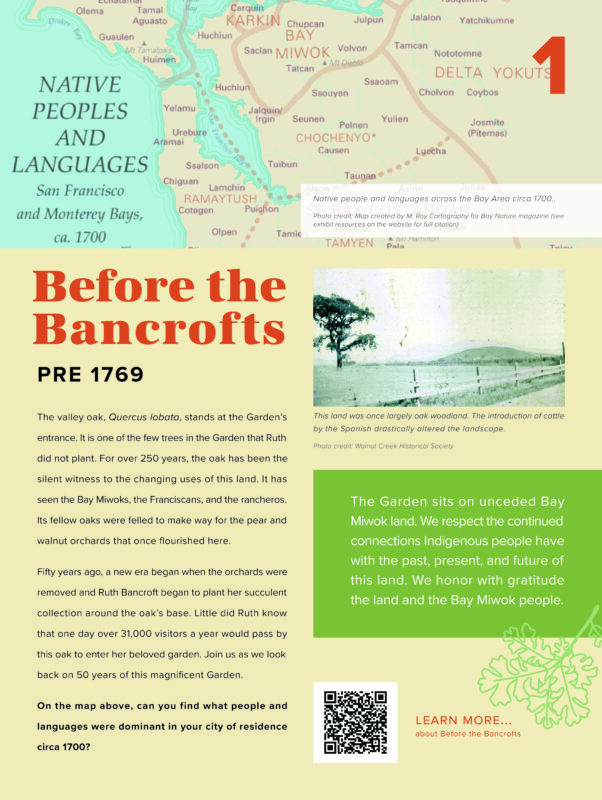