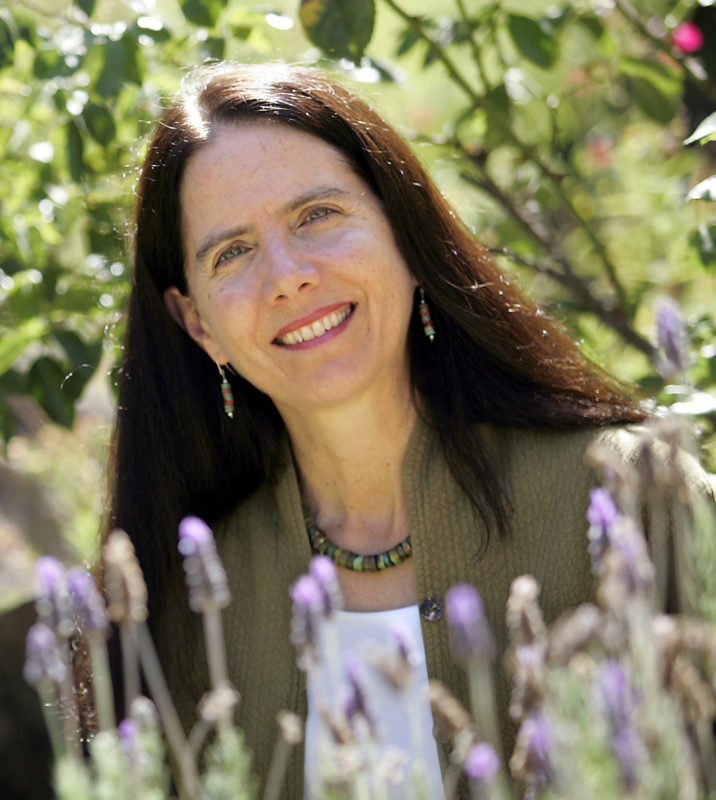 Antonia Adezio is the Executive Director of the Marin Art & Garden Center in Ross, California, an 11-acre historic property with a mission in the arts, gardens, and conservation. As a founding director of the Garden Conservancy, she works to preserve exceptional American gardens.  With Ruth Bancroft and her family she developed a plan to preserve Ruth’s garden to the public as a nonprofit organization, serving on the Board during the transition.

Over three decades, she has helped establish dozens of groups dedicated to saving gardens in their communities, created innovative preservation alliances, and partnered with small and large nonprofits and government agencies to build sustainable strategies for growth and development.

She lives in Sonoma, where she and her husband enjoy their rocky, hillside garden set in the oak/bay woodland. 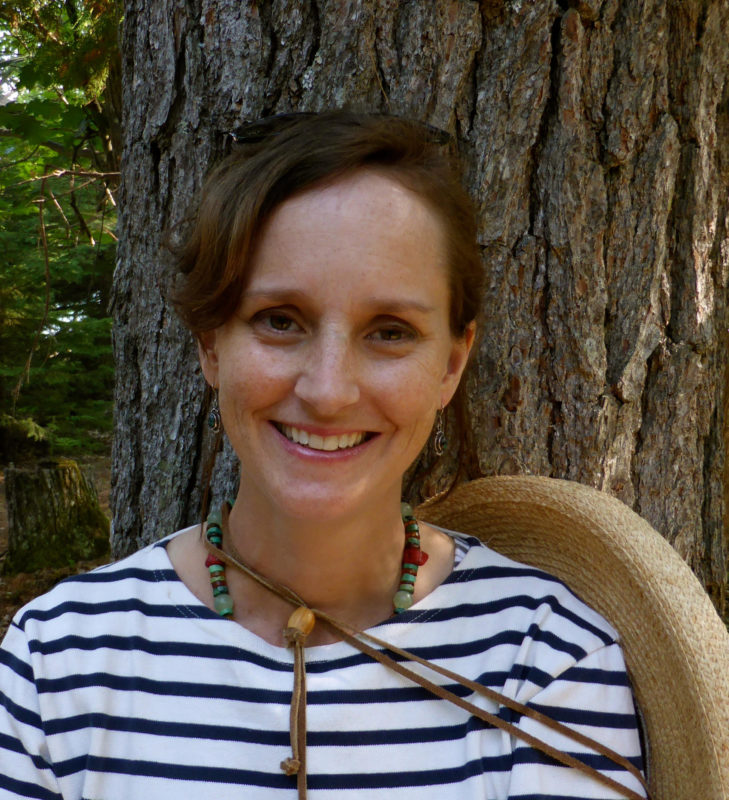 Charlotte has been an avid artist and gardener since childhood. She received her formal horticulture and garden design training in Kyoto, Japan as an apprentice to a master gardener. She subsequently earned a degree in applied art from the School of the Art Institute of Chicago. For the past 30 years she has worked continuously in the horticulture field as a hands-on gardener, designer, maintenance foreman, manager and public garden docent. From 2010-12 she was Garden Manager at the Ruth Bancroft Garden. Since that time, her primary focus has been on ecological garden design and maintenance. She currently works at a design/build landscaping firm near Chicago, where she is the residential operations manager and ecological gardening specialist. 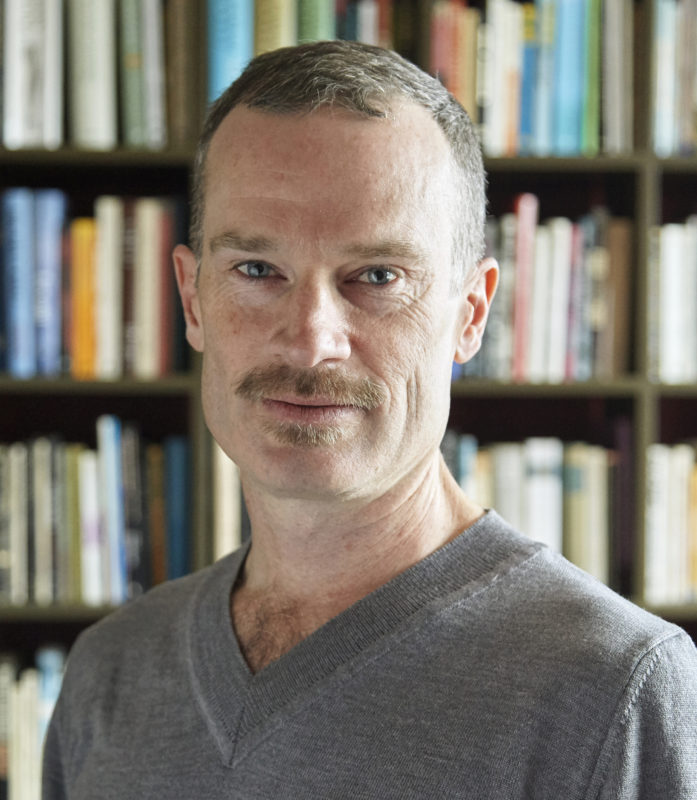 Author of Designing with Palms (2018)–a winner of the 2019 American Horticultural Society Book Award–Jason Dewees is the horticulturist at Flora Grubb Gardens in San Francisco.

He works as a horticultural consultant for designers and gardeners. He has consulted for the Conservatory of Flowers, the UC Botanical Garden, the Presidio Trust, the San Francisco Department of Public Works, and the SF Botanical Garden. Jason has  trained volunteers and docents, and has propagated thousands of trees.

He has spoken at the Ruth Bancroft Garden, The Huntington Library, the Marin Art and Garden Center, the Sherman Library and Gardens, and the Garden Conservancy. 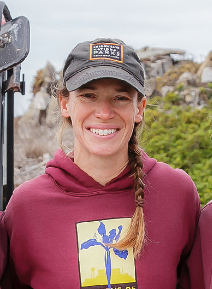 Shelagh received a Bachelor of Science in Horticultural Science and Business from the University of Guelph in Canada. She worked in Toronto at a highly manicured insurance headquarters before beginning a year-long internship at Longwood Gardens. Travelling to England, Shelagh was the horticulturist for the Duke of Northumberland at Syon House in London. Making her way to San Francisco, she became the first paid horticulturist on Alcatraz in 2006.

Shelagh is now Gardens Manager of Alcatraz and Black Point Historic Gardens for the Golden Gate National Parks Conservancy. She manages the successful volunteer stewardship of the historic gardens, outreach and the day to day care of the gardens. 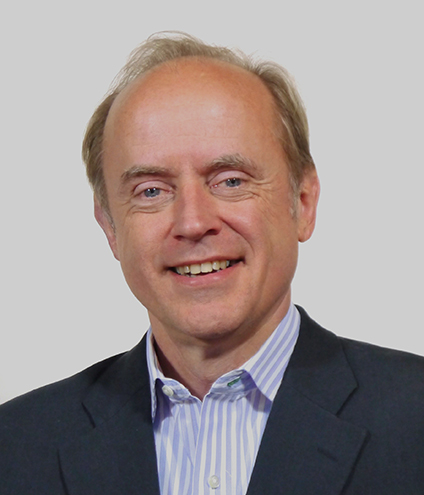 James joined the Garden Conservancy as president and CEO on June 1, 2017.  For the previous four years, he was deputy director of the Norton Museum of Art in West Palm Beach, Florida, where he worked on the planning and design of the museum expansion and sculpture gardens.  James earned a bachelor’s degree in architecture from the University of Virginia and a master’s in landscape architecture from Rhode Island School of Design. He has spoken widely on architectural and landscape design and has been a member of the graduate program faculty at the Rhode Island School of Design. 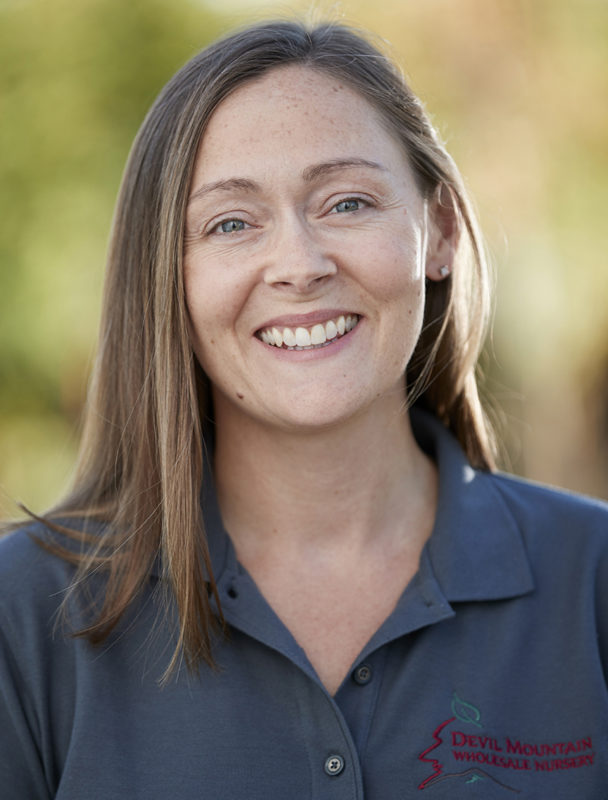 Becky Harrington is the Director of Business Development for Devil Mountain Wholesale Nursery, one of Northern California’s largest growers and suppliers of plants for landscape professionals. She holds a B.S.A. degree in Horticulture and a Masters in Historic Preservation, both from the University of Georgia. Prior to her work in the nursery industry, Becky worked at the University of California Botanical Garden at Berkeley and at The Ruth Bancroft Garden in Walnut Creek, where she served as the Executive Director and developed the Garden’s education and public programs. Becky resides in Walnut Creek with her husband and daughter. 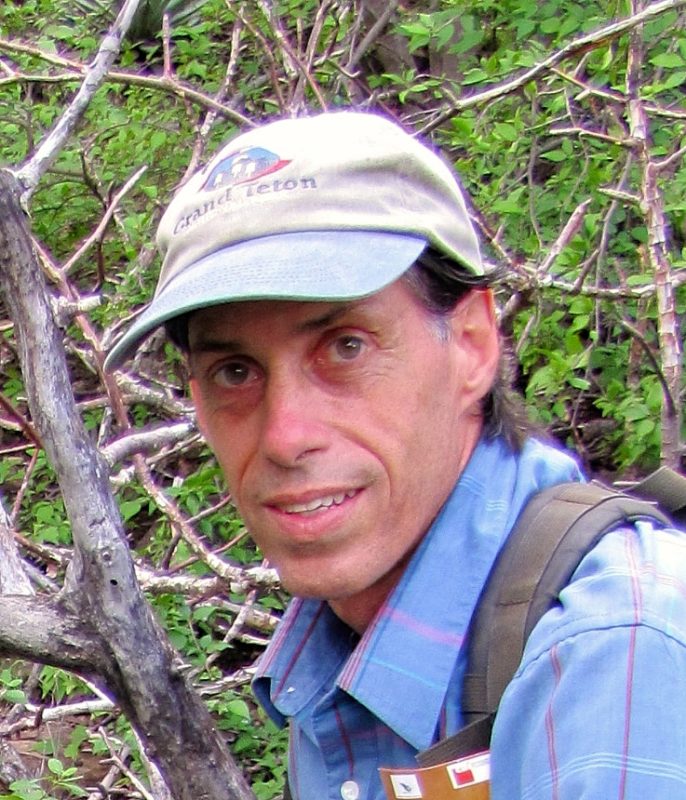 Brian Kemble has been at the Ruth Bancroft Garden since 1980, when Ruth hired him to take care of the plants in her greenhouses and to grow plants from seed. When the garden was opened to the public in early 1990s, Brian became curator, responsible for all the plant record-keeping and overseeing all plantings. Brian has contributed plant material consistently for nearly 40 years; more of the plants in the garden came from him than from any other source.  He has created many hybrids as well as painstakingly propagated the pure species. Brian is Vice-President of the San Francisco Succulent and Cactus Society, and on the board of the Cactus & Succulent Society of America. He has made many trips to far-off places to study and photograph succulent plants in their habitats. His photographs appear in numerous books and hundreds of articles he’s published on botanical subjects. 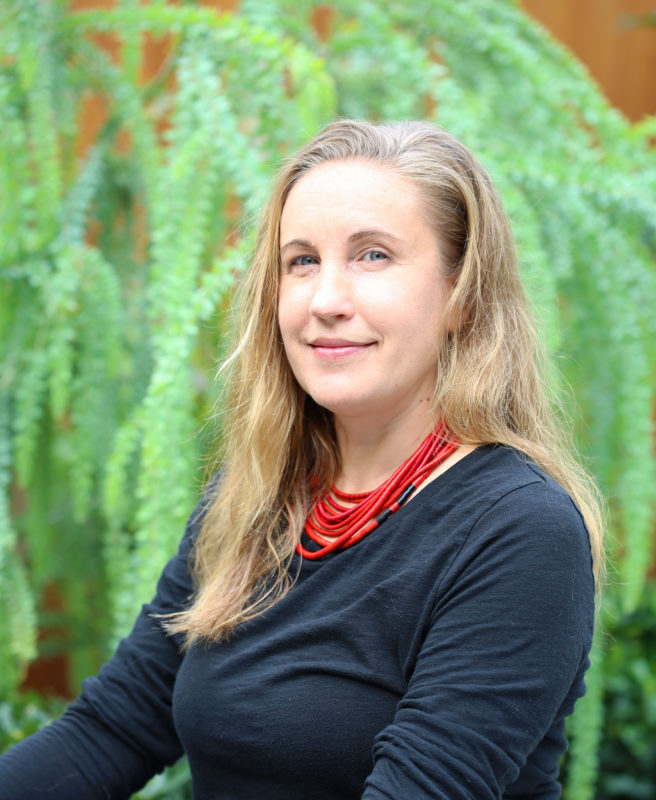 Kelly Kilpatrick is the owner and designer for Floradora Garden Design, a landscape design company with projects throughout the SF Bay Area. With a degree in Landscape Architecture from Berkeley, Kelly has been designing gardens since 2000. She is fascinated with the endless combinations that plants offer in form, foliage and color and she strives to give each garden its own personality. Always ready to try new plants and to expand her plant palette, Kelly intelligently experiments with plantings in every garden to create a unique design for each client. With a strong foundation in horticulture and extensive knowledge of plant maintenance, Kelly is able to design gardens that grow in quickly and also mature well over time. 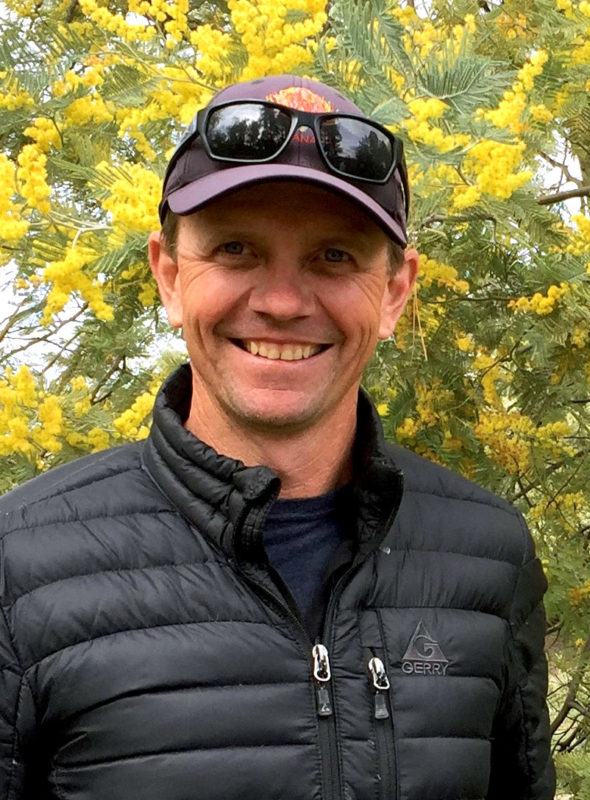 Troy McGregor owns and operates Gondwana Flora, a design/build landscaping company as well as Waltzing Matilija, a wholesale and online nursery. He is an enthusiastic plantsman and tireless advocate for drought-tolerant plants from Australia and South Africa. During his time working at the RBG and as an overly opinionated visitor, Troy has helped the garden staff introduce some rare and unusual varieties throughout the garden. 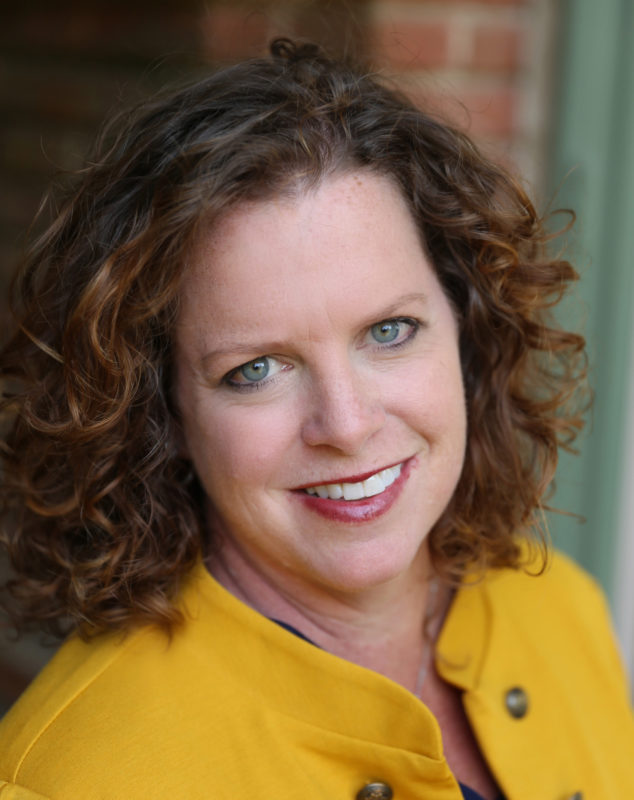 Kara became the Executive Director of Filoli Center in August 2016. Previously, she served as Executive Director for Daniel Stowe Botanical Garden, a developing public garden, from 2006 to August 2016. In 2008, the Garden opened the Orchid Conservatory and this year plans have been announced for the newest addition, Lost Hollow, a children’s garden. Before serving in this capacity, Kara’s career was focused in fundraising at organizations including Winterthur, Philadelphia Zoo, and Outward Bound. Kara has a BS in botany, and a graduate degree from the Longwood Program. 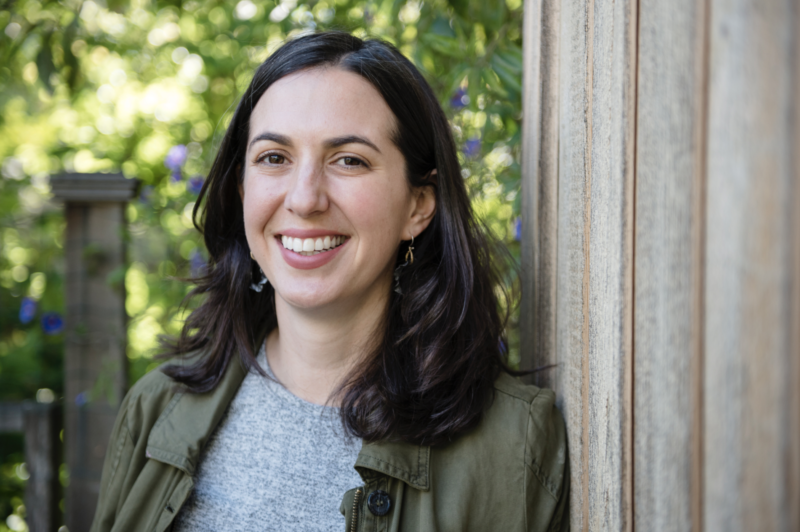 Johanna is a James Beard Award-winning author who writes mostly about plants and people. Johanna is a contributing editor at Better Homes & Gardens, and her work has been featured in Martha Stewart Living, The San Francisco Chronicle, and Alta Journal of California. Previously, Johanna spent ten years at Sunset Magazine, beginning with a shovel in her hands and culminating as head of the garden department. Her first book, The Bold Dry Garden: Lessons from the Ruth Bancroft Garden (Timber Press) documented Ruth’s life and passion for plants. Her second book, Growing Weed in the Garden (Abrams) will be published early in 2020. 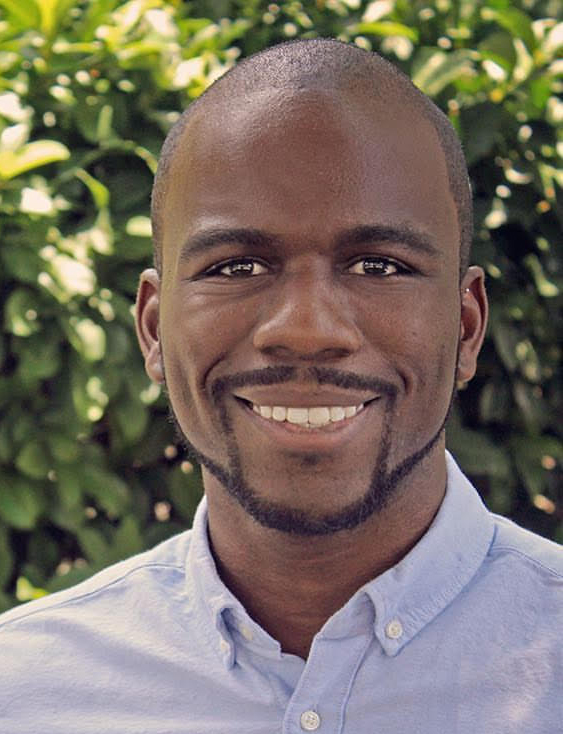 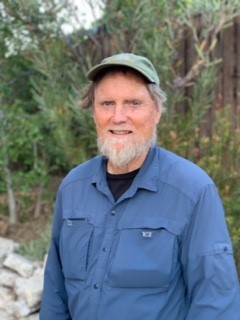 Stewart Winchester is a horticulturist and lifelong Bay Area resident. He has taught courses in the horticulture programs at Diablo Valley and Merritt Colleges, as well as Native Plant Design at Tilden. His expertise in Mediterranean plants, trees, and native plants was developed through education and docenting at Saratoga Horticultural Foundation, San Francisco Botanical Garden, Regional Parks Botanic Garden, and the UC Botanical Garden. Over three decades he has served on advisory committees for the East Bay Regional Park District and the Contra Costa Planning Department. As an arborist and designer, Stew has been a horticultural consultant since 1995 for many landscape architecture firms. 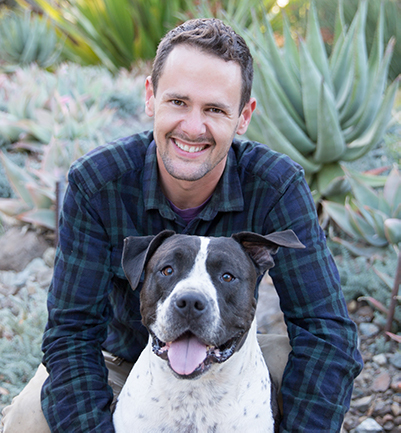 Walker joined the staff at the Garden in January 2012, and since then has come to function as custodian of the Garden’s aesthetic. He acts as point person in the collaborative process of preserving, renovating, and rejuvenating Mrs. Bancroft’s beds, taking particular joy in sculpting undulating mounds and arranging rocks in the Garden to form a unifying backdrop and compositional foil to the Garden’s plant collection. Along with the curator, he propagates rare succulents from seed to be used in the Garden and manages care of the private collection. His most significant contribution to the plant palette has been the donation of a cycad collection, which he has used as an intermediate texture connecting the garden’s collection of radially symmetrical rosettes with its softer drought-tolerant herbaceous perennials. His faithful 4-legged companion, Bruce, can also be seen frequently in the Garden, alongside Walker.

Back to main page