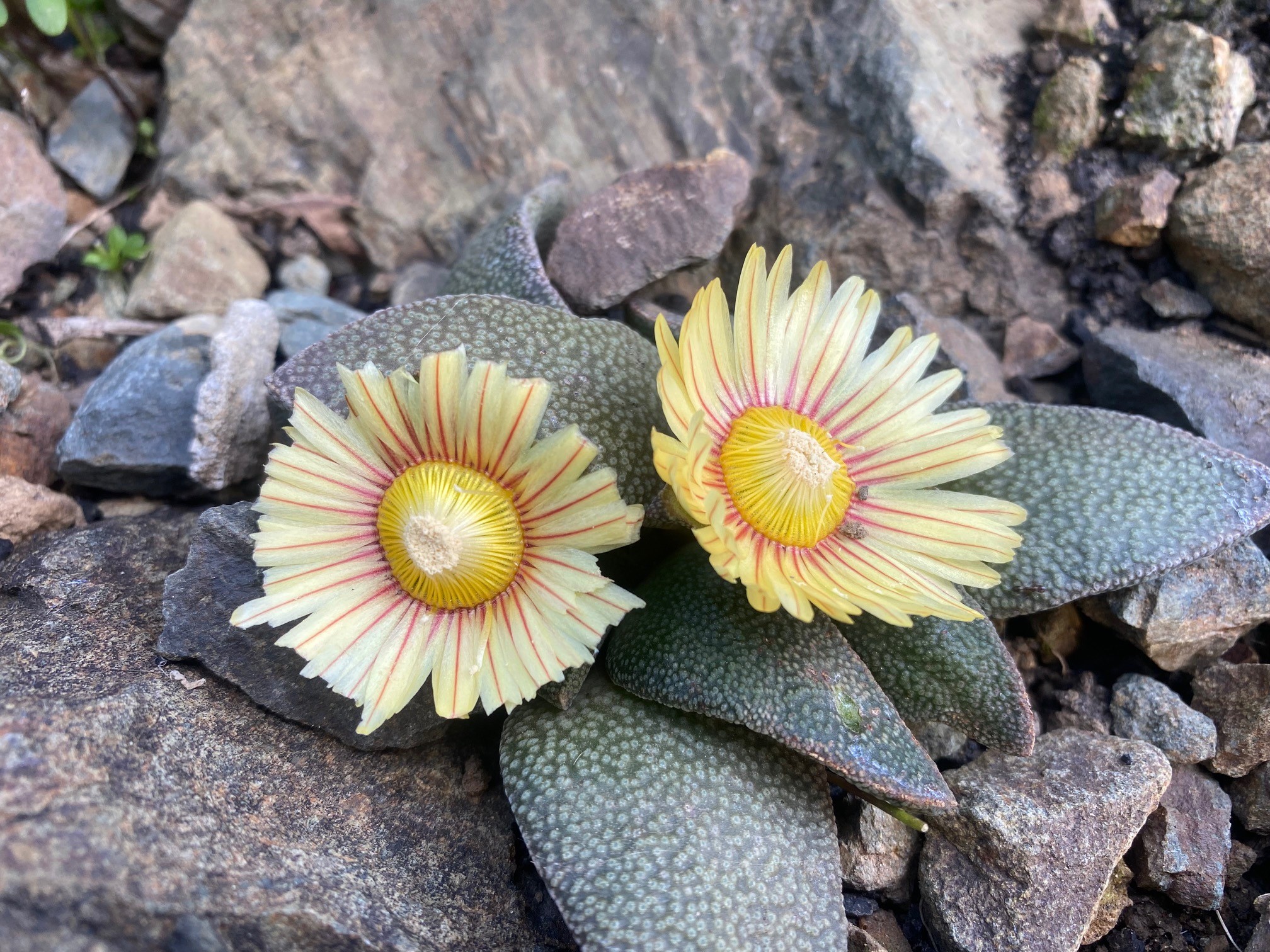 There are many plant families with succulent plants, but in terms of the number of species there are two which stand out above all the others: the Aizoaceae (the Ice Plant Family) and the Cactaceae (the Cactus Family), each with about 1,800 species. Plants in the Aizoaceae are often called “mesembs,” and this derives from the old family name Mesembryanthemaceae. Though not exclusively African in origin, the family is heavily concentrated in southern Africa. In contrast, the cacti come from the Americas.

The mesembs are well known for their dazzling flowers and also for how cryptic they can be when not in flower, since some of them can mimic the stones among which they grow. They range from tiny to bush-sized, but never larger than this. Some spread out in the fashion of a ground-cover, while others stay in a tight clump, or even are reduced to a single pair of fleshy leaves.

As one might expect from such a large group of plants, the mesembs range from common to rare and endangered, and there are hundreds of species which have never found their way into horticulture. In some cases, this is because they are difficult to keep alive, or are not considered horticulturally desirable, but in many other cases they simply haven’t been tried. At the Ruth Bancroft Garden, we have been on the lookout for new species, and over the last decade or so quite a few of these have been incorporated into our plantings. This webinar with Brian Kemble, long-time Curator, will look into the various mesembs which we have grown at the garden, highlighting their beautiful flowers and their growing habits.

One of the most popular groups among mesemb collectors is Lithops, commonly called “living stones”. Although these are truly “plant jewels”, they have very specific watering needs, and will not survive our wet California winters if planted outdoors. These will get only a passing mention in our webinar, while other less-known groups such as Cephalophyllum will get much more attention, since they have proved successful here. We will look at over 100 species and cultivars belonging to 44 genera. 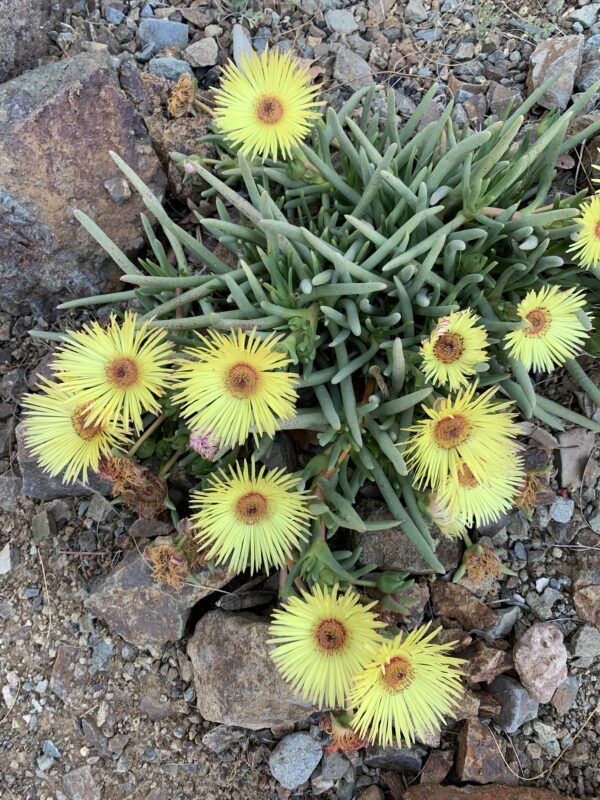 Please note that this will be a live, webinar workshop (offered via Zoom) and not a lecture at the Garden. After registration (see below), you will receive instructions and a Zoom link from the Program Director one day prior to the lecture. Registration will close on 9 February 2022 at 8am.

How it works: Register one person with one email at a time. If you would like to register multiple people, please register them each separately with separate emails.  The webinar will be recorded and all registrants will receive a recording link via email within one business day.  Once the recording is sent, you will have seven days to watch.  After that time, the recording will expire.  Access to the webinar recordings after the expiration date will be a charge of $15 (members)/$25 (non-members).