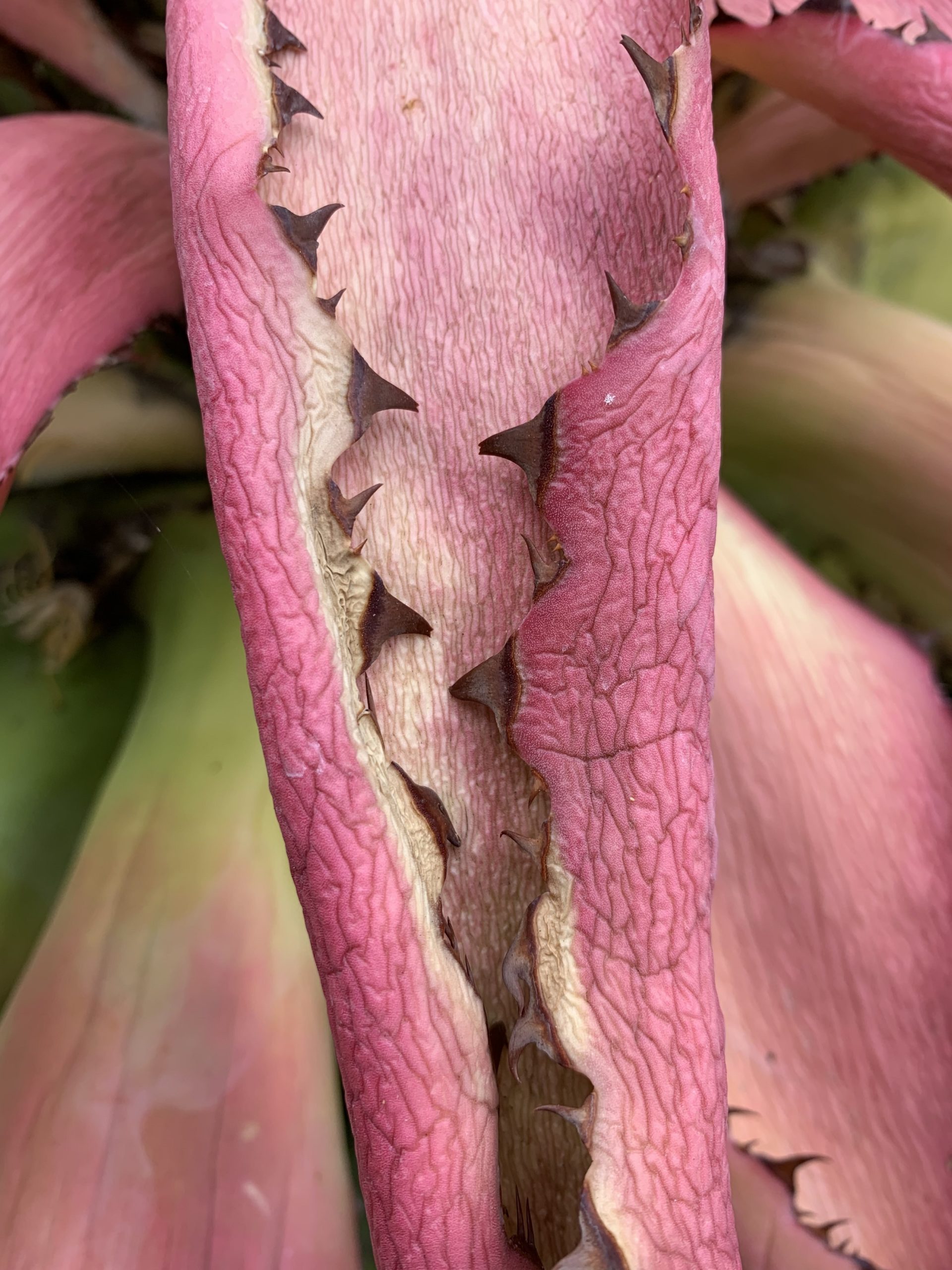 16 April 2020- This lecture & reception has been postponed to a TBD date once the shelter-in-place ordinance is officially lifted.  Stay up to date with workshops and events by signing up for our newsletters.  Stay safe and be well!

We all know agaves as the bold, sculptural statement plants which create striking focal points in gardens. A closer look reveals a wealth of details that might be missed by the casual observer, such as twisting teeth along leaf margins or embossed impressions in their leaves. Agaves are monocarpic, which means that they only come into flower once at the end of their life, sending up a surprisingly large flower stalk when they do so. This brings with it a host of new visual treats, in the details of the stalk and its bract leaves as well as the colors taken on by some plants at the ends of their lives. This is a rabbit-hole that Curator Brian Kemble has gone down with abandon, bringing back some stunning images from the Agave Wonderland on the other side.

Brian has spent a lot of time seeking out agaves in habitat as well as in gardens, and he has taken many photos of them over the years. For this exhibit, he has selected pictures showcasing agaves as works of art.

Join us for a slide show lecture and wine reception with Brian, as he shares images displayed in the “Agave Wonderland” photo exhibit, along with pictures of the whole plants, explaining what he zoomed in on to get the images seen in the show. To give context to the photos, he will include some pictures of agaves in their habitats (mostly in Mexico), explaining what is special about the plants, and also about the places they grow. This presentation provides a unique window into one of Brian’s long-time passions.