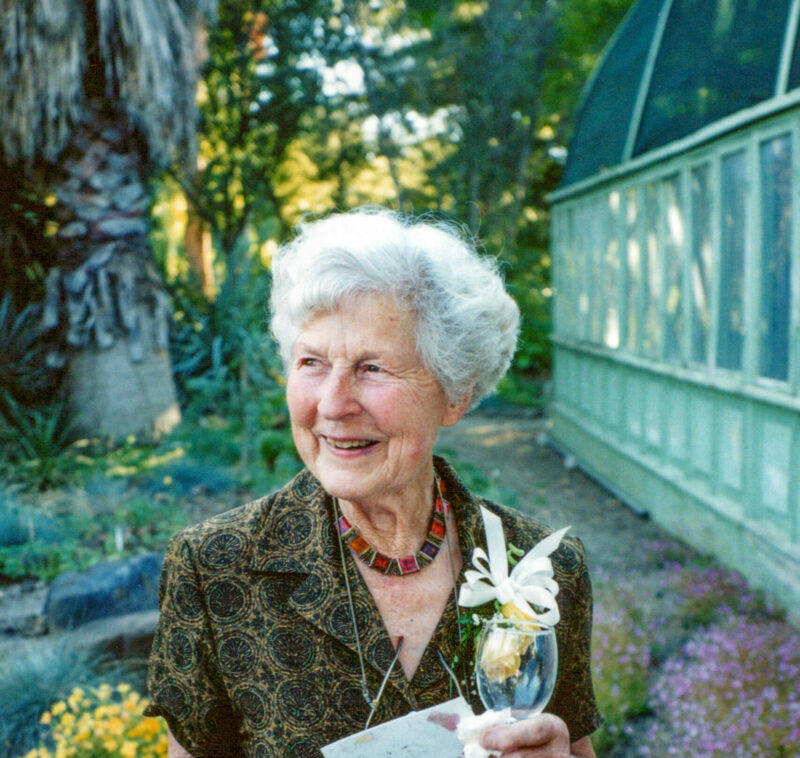 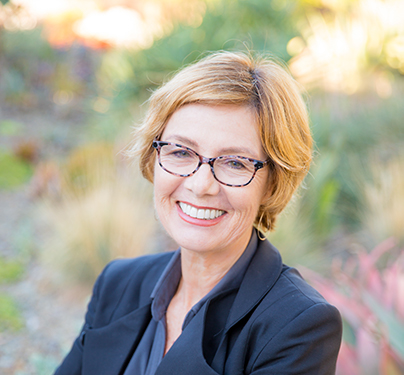 Gretchen first joined the Garden board in 2006, and became the volunteer co-executive director of the Garden with board member and long-time Garden volunteer Billie Hopper in 2012.  Together they helped grow the Garden and run a capital campaign and construction project to build the first permanent home for the Garden, the Coit Family Visitor and Education Center, completed in 2019.  Gretchen retired as Executive Director of the Garden in 2021, and was elected to the board for a third term in October 2021. Prior to her service at the Garden, Gretchen served as Director of Development and Parent Relations at The Seven Hills School in Walnut Creek from 1995 to 2012. At Seven Hills she directed two successful $5 million dollar capital campaigns for building projects in 2000-2002 and 2008-2011.  Through her tenure at Seven Hills she also steadily increased volunteer involvement, annual giving, and the school’s endowment.  Prior to her career in fundraising, Gretchen was a teacher of English and Speech for 19 years at the secondary and junior college levels. 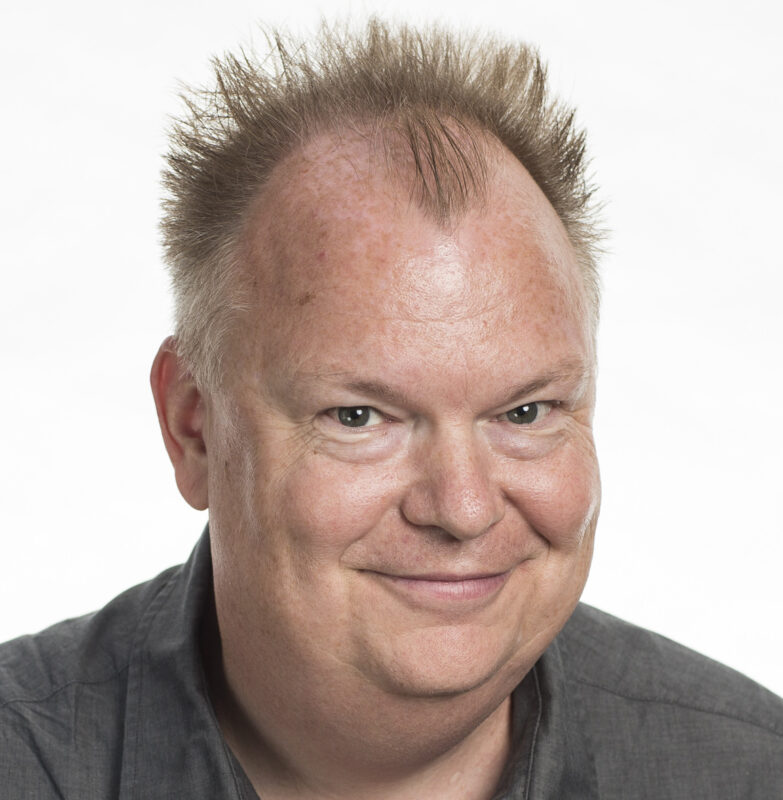 Earl owned and ran a software consulting company in Walnut Creek for 9 years. He is currently a Staff Engineer at VMware, orchestrating cloud infrastructure and Kubernetes clusters for GPU-based ML/AI projects. He has led an engineering teams at Apcera, built cloud storage reference architectures for Seagate, created web-based settlement, network quality of service and fraud-detection software for the wholesale telecom industry, and built wireless telemetry networks for Schlumberger. He earned a bachelor’s degree in Computer Science from Cal Poly, San Luis Obispo, with a concentration in Artificial Intelligence. He has been an extremely active volunteer for the last four years. 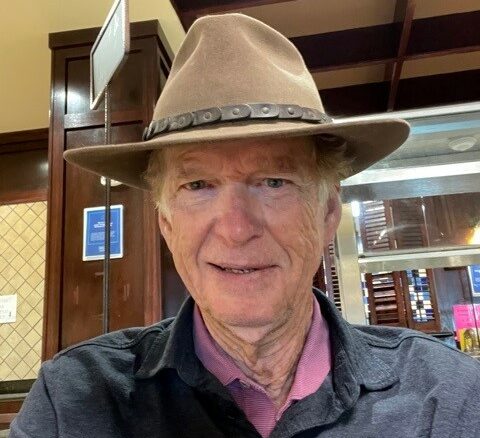 President of the Board from 2011 through 2015. Finance Committee Chair.

Mike has helped the Garden professionalize its business activities. Mike has built three companies during his career which had 300, 500 and 1100 employees; two of the companies went national doing business in all 50 states, and the third was a Bay Area coffee chain of 30 drive thru locations (Caffino).  Mike also has extensive real estate experience, having developed housing subdivisions of 55 and 115 units, owning over 100 apartment units, and speculated in various land ventures. Mike graduated from Notre Dame with a degree in International Relations in 1970.

Nina is Ruth Bancroft’s daughter. She is a retired social services professional and active community leader. Nina has been an active volunteer and Bancroft family advisor to the Board and contributing member at the Garden for over 20 years.

Gail is a real estate investor and past owner of two Bay Area pizza restaurants.  Gail is an art collector and has served on the annual Sculpture Show Committee since 2006 and a board member on and off since then. Gail is also active in supporting all of the Garden’s annual major fundraising events. 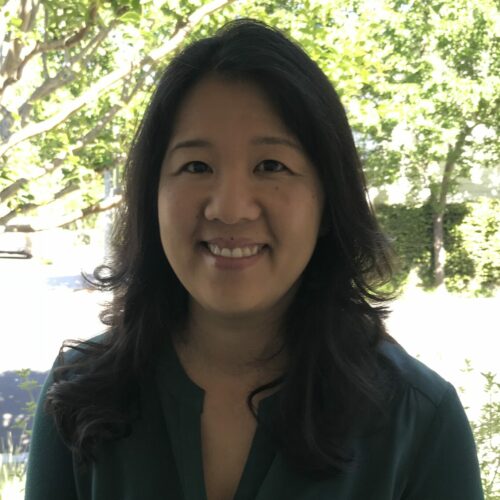 Cheryl has more than 20 years of finance, operational, compliance and risk management experience.  She enjoys consulting for small businesses by helping them become operationally efficient and thrives on volunteering with local non-profit organizations to support her community.  She recently joined the Cancer Support Community as their Finance and Operations Manager after being a volunteer for many years.  Previously, she was the VP of Investor Operations at LendingClub, the Director of Client Services at a San Francisco based technology hedge fund, and held various roles at Deutsche Bank working with individuals to achieve their financial goals.  She currently serves on the Hope Walk Committee for Cancer Support Community and is also a volunteer at Lamorinda Villages.  Cheryl and her husband, Ryan Kosakura, have been members of the Garden since 2015 and she has volunteered in the Nursery and various Garden events since that time and is an Audit Committee Chair. 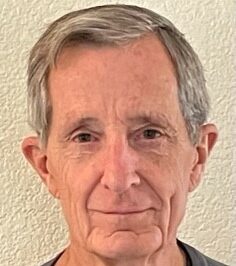 Rich received a bachelor of BS in ornamental horticulture from Cal Poly San Luis Obispo. He served in the Army for two years after graduating, one year at Fort Story Virginia Beach, and one year in Korea as a company commander at a missile base. After the Army, Rich worked for Environmental Care Landscape as an account manager for 41 years and then became facilities manager at Rossmoor for many years. He managed the Rossmoor staff of 20 gardeners and supervised the independent contractors who performed maintenance around all the homes of Rossmoor, and the tree company that had two full-time crews working in the valley. Rich, now retired, has been a volunteer in the Garden weeding and helping the Garden and Office staff with events and numerous other Garden projects for the last 5 years.

A member of the Board since 2019, Julie is retired from careers as a research chemist with 3M and Chevron Research Company, and a lawyer with the Law Firm of Randick, O’dea and Tooliatos, in the areas of Environmental law, Contract law, and Real Estate. Julie Graduated from Lawrence University, Appleton, Wisconsin in 1975 with a degree in chemistry. Julie became interested in cacti and succulents after her first visit to RBG in 1992 and has been growing them ever since. She is past president of California Cactus and Succulent Society (Oakland club) and has been an active volunteer at the Garden and Nursery and major events since 2010. 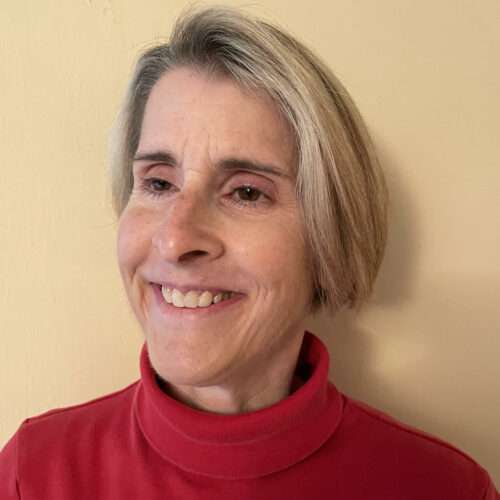 Susan holds a bachelor’s degree in Dietetics from Cal Poly, San Luis Obispo, and worked as a Nutritional Specialist for two years before she earned a Certificate in Engineering Drafting from Diablo Valley College, and worked as a commercial architectural drafter for 15 years.  In 2010 Susan completed a Master’s in Business at John F. Kennedy University and in 2011 she also became a certified personal trainer.  Susan has volunteered at Ruth Bancroft Garden for eight years.  She has worked in the office, the Kiosk, and at special events. She has taken the Docent Program to learn more about the plants in the Garden and considers RBG one of her hobbies. 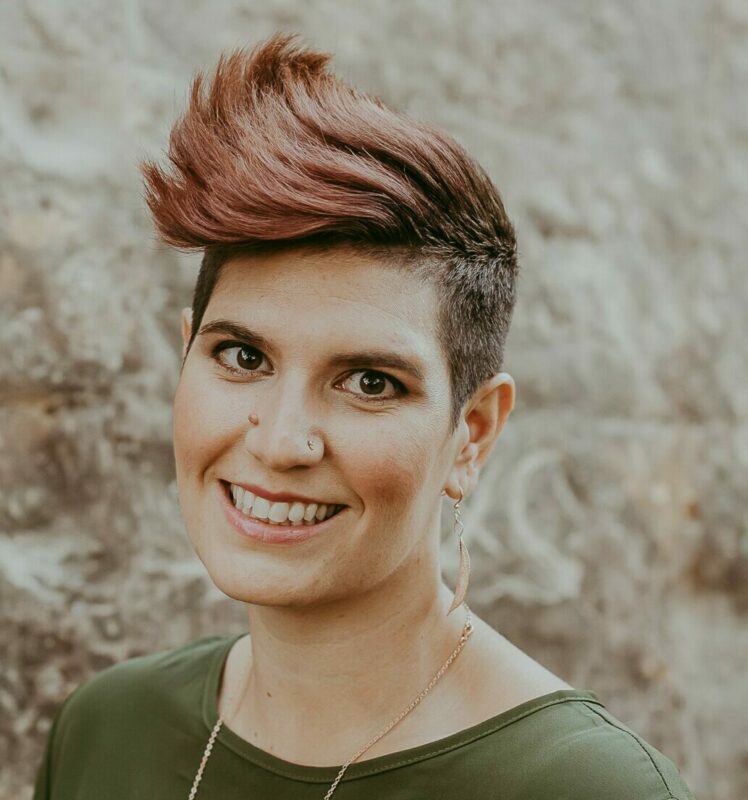 Growing up in Alaska, Christina Ascencio has had an appreciation for nature her entire life. She now enjoys honing her green thumb in the East Bay, where she has lived for more than 10 years. For 17 years, Christina has worked as a fraud specialist for Wells Fargo Bank, an organization that supports volunteerism and encourages its employees to join local nonprofit boards. Christina knew she wanted to get more involved with the Garden after visiting for the first time in 2016 for a plant sale. Shortly thereafter, she completed RBG’s docent program to further her knowledge of drought-tolerant plants and has since volunteered at the Garden in a variety of roles. Christina has also proudly served as chair for the annual Garden Gala since 2017. 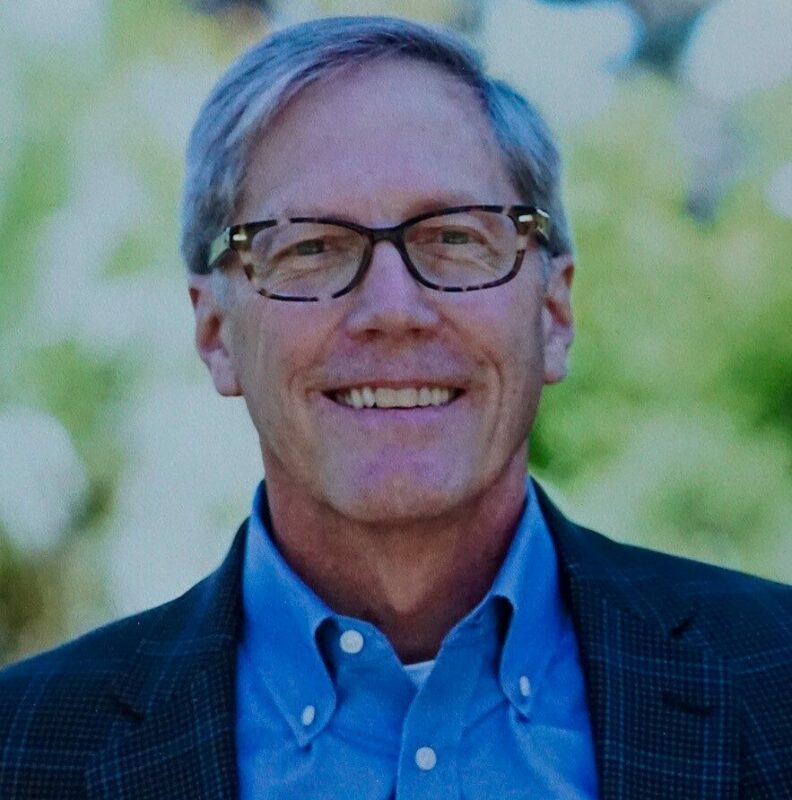 David Mitchell retired as a Senior Project Manager at AECOM, San Francisco in 2019. David served as the project manager for the Visitor Center building from 2015-2019, during which time he first served on the RBG board. He has over 40 years of experience in construction project management and consulting services.  He has acted as a project manager on a diverse variety of projects including transportation, power generation, medical and educational facilities, as well as various commercial projects.  In addition to his role as project manager, he has provided clients with a range of consulting services focused on the effective implementation of contract administration processes, project controls, the mitigation or resolution of contract disputes, as well as the development and implementation of specialized training programs.  David has a B.S. in Business Administration with concentrations in Finance and Economic Analysis from U.C. Berkeley and is a registered Professional Engineer in the State of California and the Commonwealth of Pennsylvania.

David has been a very generous supporting member and an active volunteer in the Garden for almost 20 years. He is currently working with the Garden staff regularly, and is enrolled in the docent training program.

Monique who is now associated with Compass Real Estate, is a residential real estate broker in Walnut Creek, working here since 1987.  In service to the real estate community, she has been past chair and a member of the Contra Costa Association of Realtors’ Professional Standards Committee since 2000.  Professional Standards is responsible for hearing ethical complaints against Realtors from the public or other members; it also arbitrates financial disputes amongst members.  Monique has taught real estate classes at Diablo Valley College since 2000. 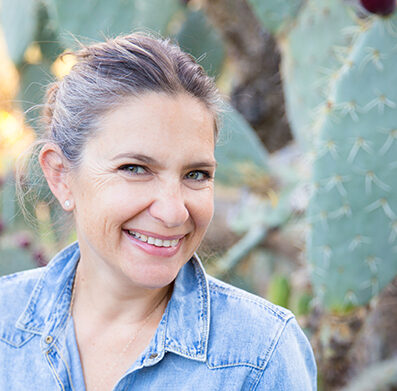 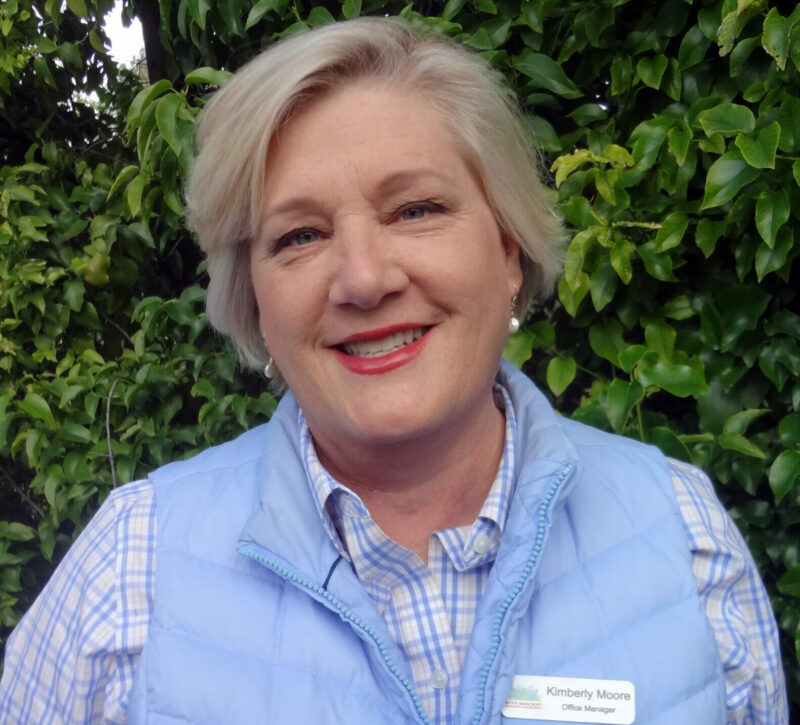