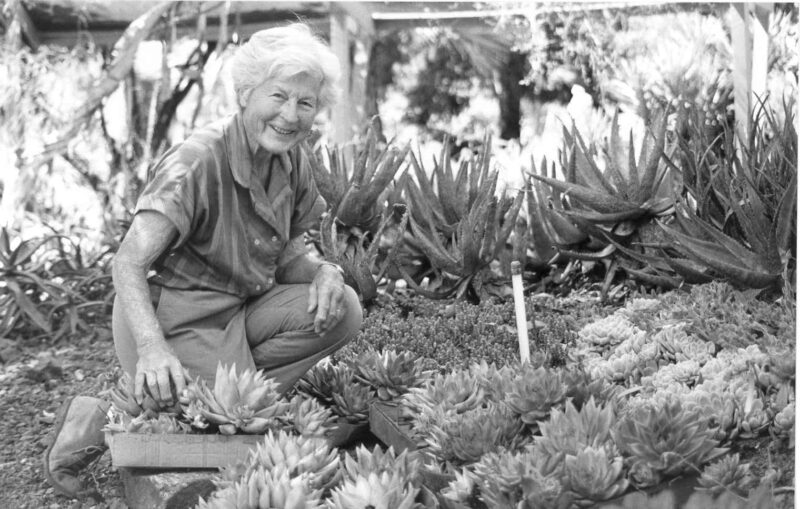 “As far as how much Ruth works, if you want to get her on the phone, you’ve got to call before seven in the morning or after six at night. She’s not in the house at all. She’s in the garden almost every day of the week…hand-weeding those paths until her knees would get so sore from the rocks, the gravel… Use gloves to work in the soil? You use gloves to handle spiny things and that’s it… I would classify Ruth as a genuine dirt gardener. She’s out there doing things with her bare hands.” 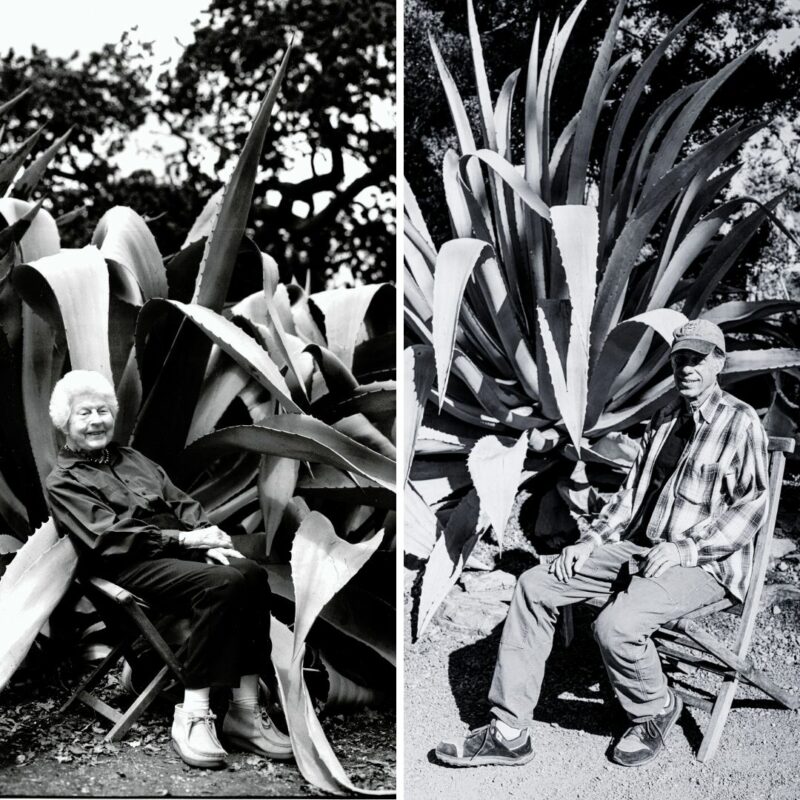 Ruth passed in 2017 at the impressive age of 109!  Her inspiration lives on in the work of our horticultural staff. Our curator, Brian Kemble, maintains Ruth’s vision, tends the collection, works with horticultural staff to create new compositions, and shares stories of Ruth. 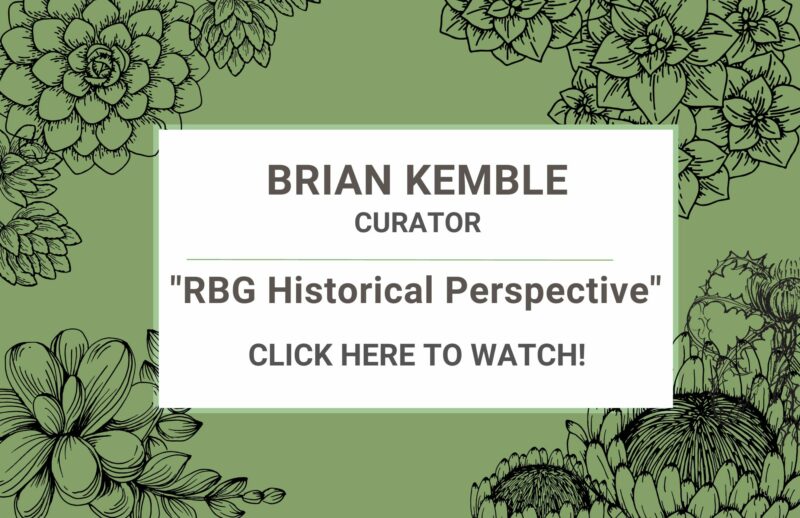 Watch Curator Brian Kemble as he describes his historical perspective of the Garden. 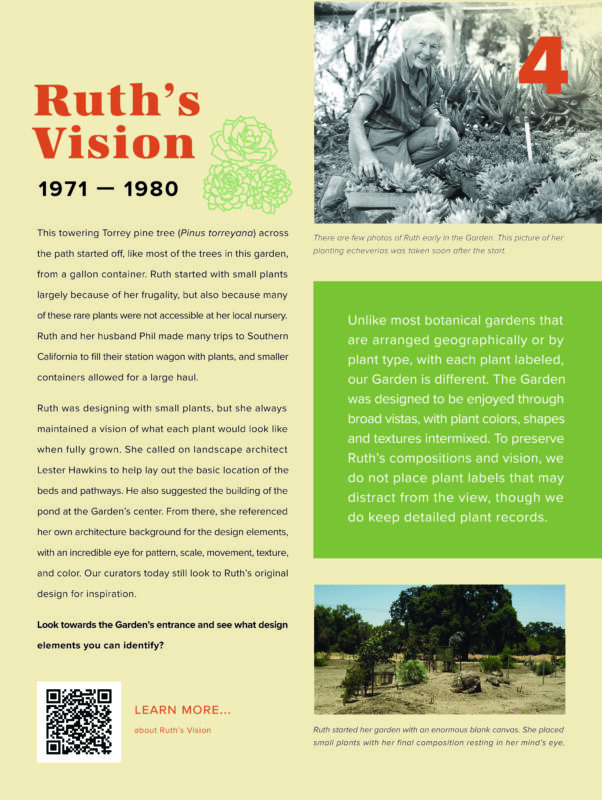