Transformation of the Valley 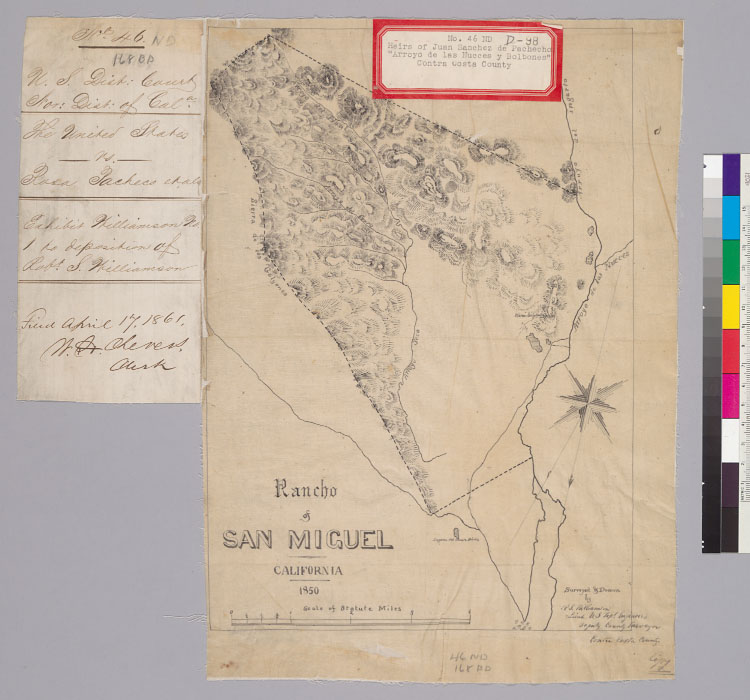 The area we now call Walnut Creek has undergone tremendous changes since 1769, the year the Spanish came with their missions. Clearly the arrival of the Spanish forever altered the life of the Indigenous people, but what is less evident is how the Spanish (and their cattle) transformed native plant communities and in the process, fire ecology and hillside stability.

After the mission era, Spanish and Mexican authorities made multiple land grants to keep control of what were once mission lands. Many of the place names we see and hear today are relics of that period. Today’s Walnut Creek was part of the 18,000 acres granted to Juana Sanchez de Pacheco, (widow of soldier Miguel Pacheco). Ygnacio Valley, which runs through Walnut Creek, was named after Juana’s grandson, Ygnacio.

In 1849, another dramatic shift in California occurred, the Gold Rush. Incoming Anglo squatters set roots on former ranchos, and the lack of clear titles ushered in a new era of land grabs. California’s growth brought many new small farms to today’s Walnut Creek. When gold fever subsided, Contra Costa County had transitioned, from the cattle lands to primarily wheat farms; a new era had begun. 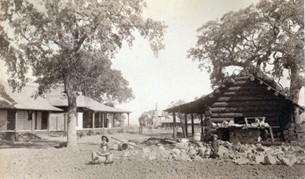 This cabin was one of many themed houses on the property including the Swiss Chalet and Asian style home.

In 1885, writer, publisher, and historian Hubert Howe (H.H.) Bancroft came to Walnut Creek to plant an orchard and vineyard. H.H. Bancroft had come to California during the Gold Rush and made his money in publishing. He subsequently became a prolific writer and publisher of books about the West and a collector of historical works. His library was later purchased by the University of California, Berkeley and still remains on the campus as The Bancroft Library. 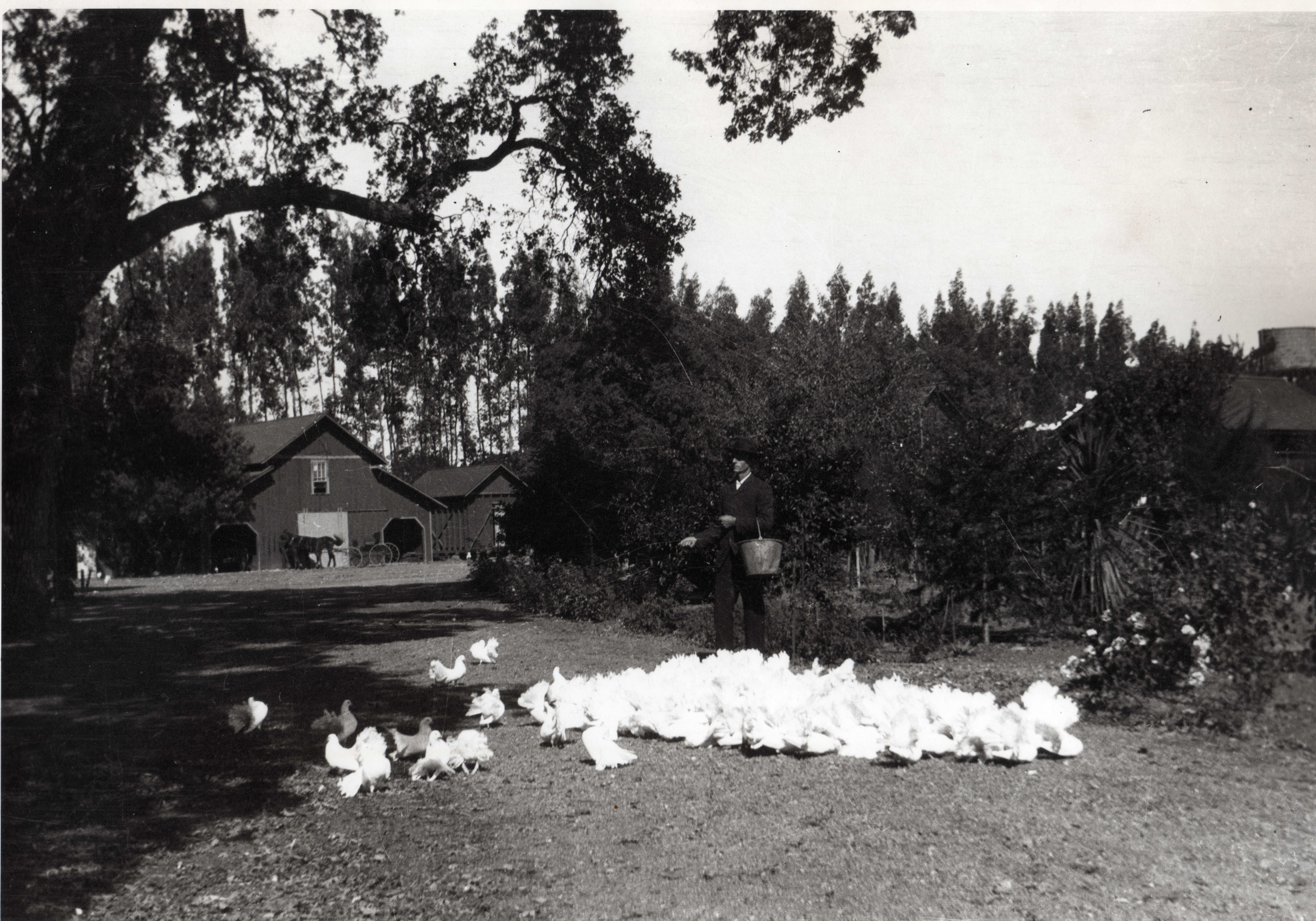 Upon arrival, H.H. Bancroft tasked Chinese immigrant laborers with felling the property’s oaks, leveling the land, and planting 50,000 pear, prune, and peach trees, In addition to fruit trees, the farm also grew grapes (until Prohibition), introduced walnut trees later, and then almonds. The Bancroft’s farming operations were particularly successful because they had exclusive water rights and owned a local packing plant that allowed them to ship refrigerated railway cars of fruit to distant markets.

In the early 1900’s the Bancroft Farm had “labor troubles” and replaced the Chinese immigrant workforce with Japanese immigrants. At the height of the farm, over 200 seasonal workers were employed, with a regular workforce of 12-20 living in a bunkhouse on the property. In 1918, Hubert Howe Bancroft passed and his son Philip took over the farm. For many years Philip ran the farm, eventually involving his son Philip Jr. in the management. In 1939, Philip Jr. married Ruth Petersson of Berkeley. When his father passed away, Philip Jr. assumed responsibility for the farm and continued to operate it until 1970. During this time, his wife Ruth was collecting succulents in her greenhouses and preparing for the next chapter to come.

Japanese American Contributions to the Farm 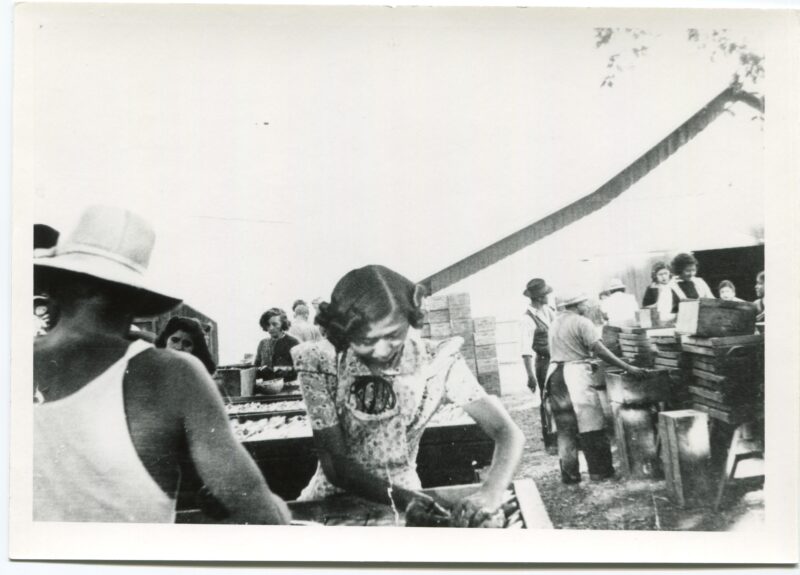 Throughout the property’s history, immigrant workers have been instrumental to the success of both the farm and the Garden. Japanese Americans played an integral part in the early days of the farm and greater Ygnacio Valley. Many of the Japanese workers were seasoned farmers in Japan, however, under the Alien Land Laws they were unable to own or lease land of their own in America. Still, they were able to offer their expertise to other farmers.

The stories of the early farm have been partially preserved in the writings and letters of Chieko Tahira, whose autobiography Lotus chronicles her family’s ties to the Bancrofts. Tahira was born on the property in 1914, as the daughter of Yasuhe Sakamoto, the sub-foreman of the farm. Chieko Tahira and her family grew close to the Bancroft family in the many years working on the farm. In the 1940’s, when Japanese American families were incarcerated during World War II, Tahira frequently corresponded with the family, specifically Nina and Anne Bancroft, the wife and daughter of Philip Bancroft Sr. (son of Hubert Howe). These letters speak to the close relationship of the two families and the incredible hardships of internment. They also tell the tales of internment camp gardens, and the resiliency of people to grow, even in the harshest of conditions. We hope to share more of this story in years to come. 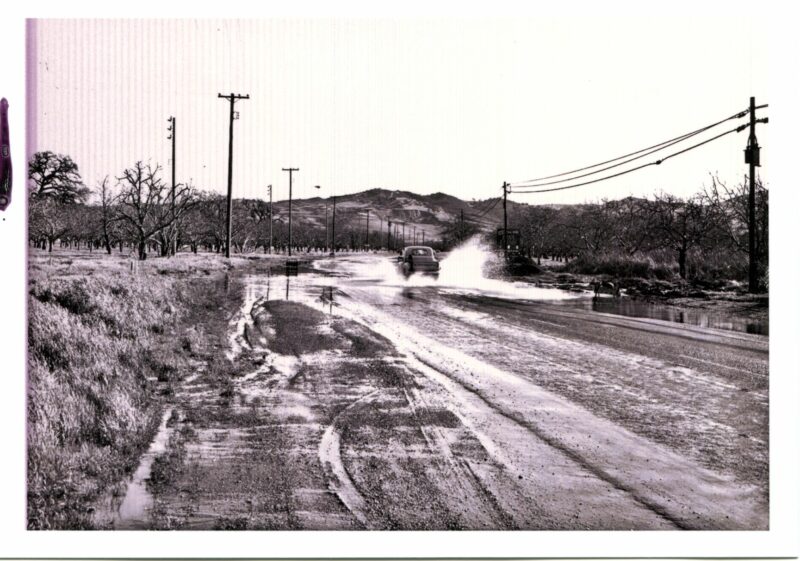 As the Bancroft farm flourished, so did the surrounding area. In 1914, in an effort to raise funds to pave city streets, Walnut Creek was incorporated to become the eighth city in Contra Costa County. The interurban railways of 1911 and 1913, and then the Bay Bridge and Caldecott Tunnel in 1936 and 1937, respectively, connected the city to the greater Bay Area. Despite these tremendous milestones, it wasn’t until the 1950’s that Walnut Creek and the fate of the Bancroft property would truly change forever.

The rising supremacy of the car, the postwar boom, Federal Housing Administration (F.H.A.) loans, and the extension of freeways all made for rapid suburbanization in Walnut Creek. For the Bancroft family, the farm had now passed down three generations, to Philip Bancroft Jr. (husband of Ruth Bancroft). Tax codes and zoning had changed and Phillip decided it was time to sell much of his family’s original holdings, leaving only the acreage surrounding the three houses and a small 3.5 acre orchard that would one day become the Ruth Bancroft Garden. 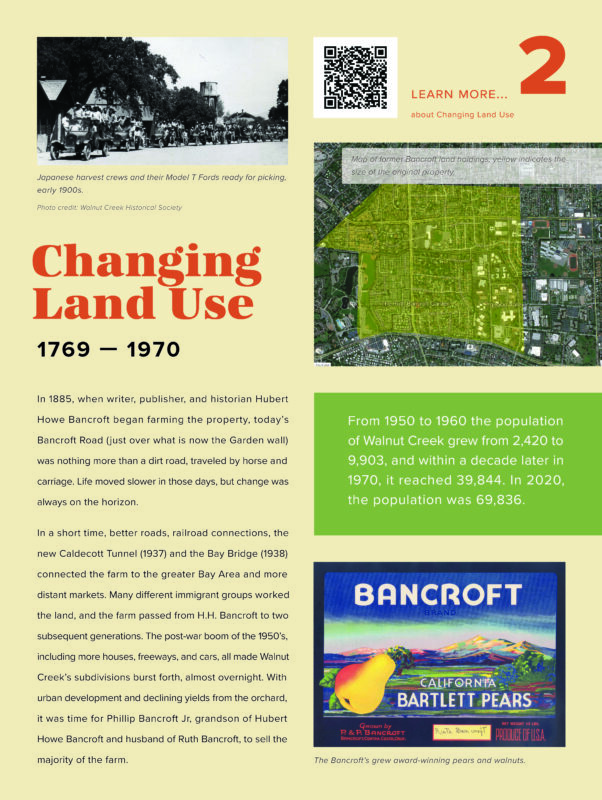